Thoughts Along the Road - 62 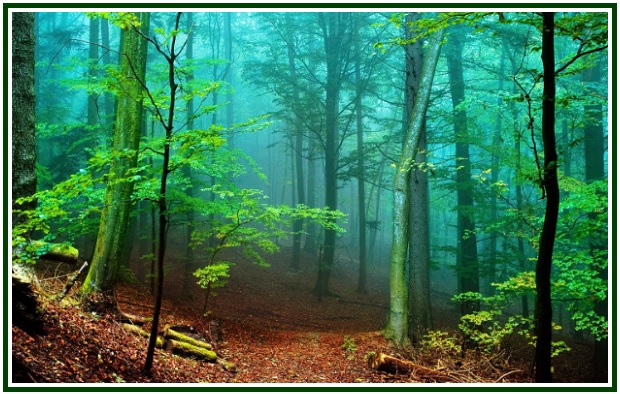 * Ignorance is more comfortable than wisdom, or so it seems.
* Those who have discernment realize that by letting go of selfishness they achieve its opposite. And they see that right action and altruism produce contentment.
* Voluntary poverty is close friends with wisdom. Fulfilling his duty to his spiritual soul, the pilgrim gradually leaves aside the territory of ignorance and - little by little - he attains bliss in his inner self.
The Alchemy of Life’s Daily Renewal
* After adopting an experiential method in his studies, the theosophist can feel that a slow and constant change takes place in his inner world. Such a transmutation, however, cannot be noticed every day. It becomes visible in special moments of his evolutionary journey. It seldom attracts much attention, and can go on for years without being noticed.
* As we all know, every human being is slowly born again each day, step by step.
* A correct information about the law of the universe and about eternal wisdom, the constant recording of new altruistic experiences in one’s personal memory, the examples (given or received) of correct attitudes towards life, and the growth of one’s feeling of goodwill, are combined factors whose influence constantly improve the substance of the cells and atoms in the subconscious world of the pilgrim. Such purifying influences have a strong and beneficent impact on the unceasing process of replacement of the physical cells in one’s body, which keeps us apt to live and to work.
* And when an individual treads the spiritual path, it happens that each new cell, destined to replace an old one in his or her body, puts itself in harmony with an equivalent portion of astral and mental energies, which are higher and purer than the previous ones.
* In other words, noble feelings produce, adapt and attract to the body new and more suitable physical cells, which will live in correlation with higher emotions. There is a transfusion of vitality between physical cells and feelings and ideas, and the quality of them all slowly expands if the mind is being purified. This is what the real “inner rebirth” consists of.
* The cells that are reborn each day are not mere repetitions of the old lifeless cells left aside, but bring with them new skills, more harmony, and a greater affinity with the One Law.
Practical Effects of Inner Peace
* It is certainly not an easy task to enumerate the effects of harmony in people’s souls.
* A profound peace of mind can become a sociological fact, as it expands and produces a sense of good will among different human groups and social classes. Political and religious forms of hatred then disappear.
* Emotional harmony with oneself and those close to us radically reduces fear. It heals or reduces the effects of most forms of disease, prevents nearly all forms of illness, makes a thousand ways of hostility unnecessary and unappealing. It mysteriously helps multiply  cooperation and mutual help in Parliament, expands creativity in every social and economic action, and allows nations to save money that otherwise would be wasted in war, or in military preparations.
* Individually, peace within expands happiness and contentment. It removes the causes of anxiety, promotes love and well-being in marriage and other forms of family life and cures the emotional disease of consumerism. It enables one to make progress along the spiritual path, paves the way for people to be better friends to the trees and animals, and helps individuals act in wiser ways regarding every aspect of life. These examples easily expand as we think of them.
* Animals act with moderation thanks to instinct, but humans must have wisdom by their own merit. The present and the future of every community depend on the self-control of individuals. Self-restraint makes it possible for a citizen to have respect in his own soul for the common good, and to defend and preserve the happiness of others.
There Is No Separation in Time
* One of the illusions which Jiddu Krishnamurti repeated over and over again - for various decades - is the idea that “wise persons reject the past and see nothing good in the idea of gradual evolution”. A childish notion, indeed. [1]
* No one can “cancel” the past.
* The idea of separation between Past and Present or Present and Future is circulated by fake gurus and imaginary masters and inspires destructive attitudes towards human evolution.
* The Present is a child of the past and a parent of the future. The whole family, which we can call Duration, goes together across Space. But infinite Space also travels through boundless Time.
* The wise pilgrim learns to see the past with detachment, and takes valuable lessons from it as he travels along the chronological line. The more one learns, the more one can see new lessons in past events.
* In order to build a better future, one must study the past from the point of view of a noble intention. Helena Blavatsky and the Masters of the Wisdom teach that Past, Present and Future are inseparable. They are written on the same endless page of Eternal Duration. They are written already, and yet they are also being written at each second of the Unlimited Now.
NOTE:
[1] For further reading, see “Krishnamurti and Theosophy”, “The Making of an Avatar” and “Krishnamurti on Besantian Delusions”.
The above article was published as an independent item in the associated websites on 07 August 2022. An initial version of it - with no indication as to the name of the author - is part of the September 2020 edition of “The Aquarian Theosophist”, pp. 14-16.  The note “There Is No Separation in Time”, also written by CCA, is reproduced from pp. 1-2 in the same edition.
Read more: