The True History of Joshua Davidson 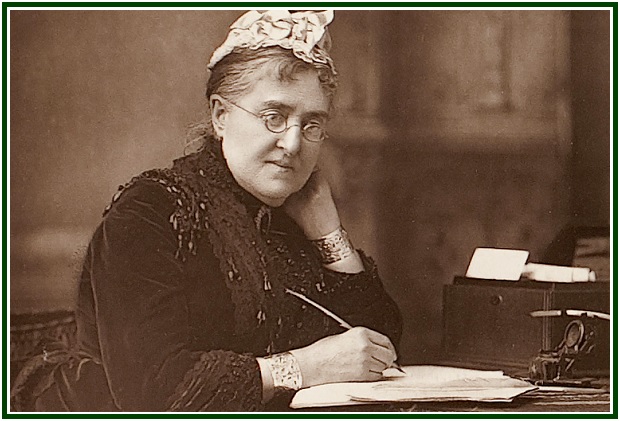 “A book that every Pagan as well
as Christian Theosophist should read.”


Sixth Edition,
with a New Preface

Published in London by
Chatto and Windus, Piccadilly, 1874

A 2022 Editorial Note:
Helena P. Blavatsky considers the present novel a brilliant denunciation of collective and deliberate forms of falsehood.
“Mrs. Eliza Lynn Linton has chastised this hypocrisy as with a whip of scorpions in her magnificent satire, The True History of Joshua Davidson. That is a book that surely every Pagan as well as Christian Theosophist should read. As unhappily many have not, let us say that she makes her hero practically exemplify the principles and imitate the human virtues of the Founder of the Christian religion. The sketch is neither a caricature nor a malicious perversion of the truth.”
Blavatsky proceeds:
“A truly Christ-like man, whose heart overflows with a tender passionate compassion, tries to raise the ignorant and sin-crushed classes, and awaken their stifled spirituality. By degrees, through an agony of suffering and persecution, he shows the hollow mockery of popular Christianity…”.
According to the main founder of the modern theosophical movement, the book by Eliza Lynn Linton “is true to life”, and presents a moral and gradual development of thrilling psychological evolution.[1]
(Carlos Cardoso Aveline)
NOTE:
[1] In the article “The Fall of Ideals”, which can be found in various places. See for instance “Collected Writings”, H. P. Blavatsky, TPH, USA, volume XII, pp. 34 and 35.
The True History of Joshua Davidson
Eliza Lynn Linton
Preface to the Sixth Edition
It would be affectation in me were I to pretend any longer to keep up the anonymity of the authorship of JOSHUA DAVIDSON. The secret has become known, as such secrets always do become known; and in one or two instances I myself was obliged to reveal it for the sake of truth and honesty. Now I come forward in my own person, prepared to take the full consequences of what I have written as Joshua’s friend “John”.
(I may as well state here that, while acknowledging frankly its mistakes and misdeeds, I do not believe a tithe of the evil that was said of the Commune; just as I do not believe that the Jews ever roasted Christian babies for their Passover; or that the early Christians themselves celebrated the Last Supper by human sacrifices, or made of their Agapae orgies of immorality.)
I did this because I wanted to bring the Christ of olden days into modern circumstances, and then to ask the respectable, the well-endowed, and the conservative Christians of to-day: How would they receive Him? How would they approve His doctrine? As I have said before, it is unreasonable to accept the words and deeds of Christ as of so arbitrary and final a character that they will not bear translation or analogy. What He was in the days of Herod He would be analogically in the reign of Victoria and under the rule of Napoleon. We have no right to deny this. Whatever there is of downtrodden, of degraded, of antagonistic to the existing order of things whereby the rich are made glad and the poor left miserable, the modern Christ would uphold and stand by. And perhaps not always with soft words.
Click Here to Read the Novel
‘The True History of Joshua Davidson’
000
The novel “The True History of Joshua Davidson” was published in PDF in the associated websites on 10 August 2022.
Read more: