The Whole Nature is Conscious

Life and Intelligence
Are Present in Every Atom
Carlos Cardoso Aveline 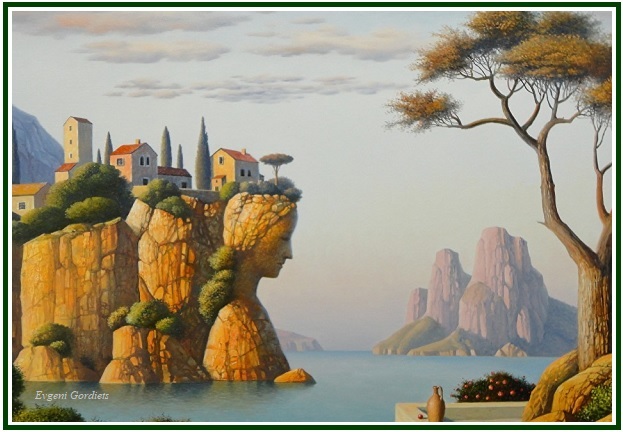 Modern psychology is still attached to a sad anthropocentric illusion: the idea that  human beings are the exclusive owners of consciousness.

Like other areas of scientific knowledge, conventional psychology starts from the premise that the universe is unconscious. It also considers the vegetable kingdom has no consciousness. It even supposes the animal world is unconscious, and that human beings themselves are largely governed by something which it calls “unconscious”.

What we see in this situation is a narrow form of consciousness imagining that it alone is consciousness, and that everything else in the universe is devoid of intelligence. In this case as in other situations, collective arrogance is in direct proportion to ignorance.

“There is but one indivisible and absolute Omniscience and Intelligence in the Universe, and this thrills throughout every atom and infinitesimal point of the whole finite Kosmos which hath no bounds…”.

Blavatsky adds a few lines below:

“The whole order of nature evinces a progressive march towards a higher life. There is design in the action of the seemingly blindest forces. The whole process of evolution with its endless adaptations is a proof of this. The immutable laws that weed out the weak and feeble species, to make room for the strong, and which ensure the ‘survival of the fittest’, though so cruel in their immediate action - all are working toward the grand end. The very fact that adaptations do occur, that the fittest do survive in the struggle for existence, shows that what is called ‘unconscious Nature’ is in reality an aggregate of forces manipulated by semi-intelligent beings (Elementals) guided by High Planetary Spirits, (Dhyan Chohans), whose collective aggregate forms the manifested verbum of the unmanifested LOGOS, and constitutes at one and the same time the MIND of the Universe and its immutable LAW.” [1]

In a footnote, H.P.B. clarifies:

“Nature taken in its abstract sense, cannot be ‘unconscious’, as it is the emanation from, and thus an aspect (on the manifested plane) of the ABSOLUTE consciousness. Where is that daring man who would presume to deny to vegetation and even to minerals a consciousness of their own. All he can say is, that this consciousness is beyond his comprehension.”

According to Theosophy, therefore, there is no dead matter in the universe, and cosmic consciousness permeates everything that exists.  In his book “The Law of Success”, Napoleon Hill wrote about the intelligence present in each organic cell:

Hill mentions the positive or negative impact of the food we eat, on the cellular intelligence of our own body:

“By reason of the fact that many animal forms (including that of most men) live by eating the smaller and weaker animals, the ‘cell intelligence’ of these animals which enter into and become a part of man brings with it the FEAR growing out of their experience in having been eaten alive.” [2]

Likewise, the theosophical literature teaches that eating meat - in other words, devouring animal corpses - is something that animalizes and debases human beings; and this decay starts at the level of cellular intelligence.

“It is known that worry, excitement or fear interfere with the digestive process, and in extreme cases stop this process altogether, resulting in illness or death. It is obvious, then, that the mind enters into the chemistry of food digestion and distribution.” [3]

Hill discusses the mutual influence of the state of mind and the cellular intelligence of one’s physical body:

“Laziness is nothing but the influence of an inactive mind on the cells of the body. (…) The cells of the body respond to the state of mind in exactly the same manner that the people of a city respond to the mass psychology that dominates the city. If a group of leaders engage in sufficient action to give a city the reputation of being a ‘live-wire’ city, this action influences all who live there. The same principle applies to the relationship between the mind and the body.  An active, dynamic mind keeps the cells of which the physical portions of the body consist, in a constant state of activity.” [4]

“The dominating thoughts - meaning by this, the strongest and deepest and most frequent of your thoughts - influence the physical action of your body. Every thought put into action by your brain reaches and influences every cell in your body.” [5]

Therefore, there are no unconscious things or beings. There are only beings and objects whose consciousness we are still unable to perceive. At some point, conventional psychology will have to come to grips with the truth of the matter and go beyond the pretense according to which the only existing form of consciousness is the verbal consciousness of the left hemisphere in human brain, that consciousness that labels and classifies, and judges the future based on the past.

The left brain hemisphere is helpful, but intelligences from other brain areas should also be used.

“The Whole Nature is Conscious” was published at the associated websites on 05 August 2021. The text is a translation from the Portuguese language article “Toda Natureza é Consciente”.

* “A Report on Jung and Theosophy”.

* “Theosophy and the Bardo Thodol”.