The Process of Levitation

The Condition of Our Physical
Body Largely Depends on Our Will
Helena P. Blavatsky 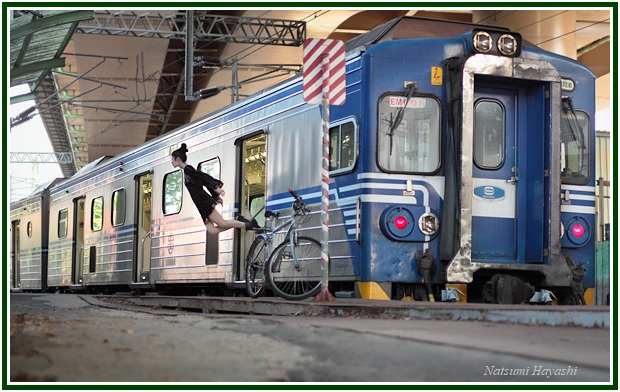 “The earth is a magnetic body; in fact, as
some scientists have found, it is one vast magnet,
as Paracelsus affirmed some 300 years ago.”
(H.P. Blavatsky)
“Simon, laying his face upon the ground, whispered in her ear, ‘O mother Earth, give me, I pray thee, some of thy breath; and I will give thee mine; let me loose, O mother, that I may carry thy words to the stars, and I will return faithfully to thee after a while.’ And the Earth strengthening her status, none to her detriment, sent her genius to breathe of her breath on Simon, while he breathed on her; and the stars rejoiced to be visited by the mighty One.”
The starting-point here is the recognized electro-chemical principle that bodies similarly electrified repel each other, while those differently electrified mutually attract. “The most elementary knowledge of chemistry”, says Professor Cooke, “shows that, while radicals of opposite natures combine most eagerly together, two metals, or two closely-allied metalloids, show but little affinity for each other.”
The earth is a magnetic body; in fact, as some scientists have found, it is one vast magnet, as Paracelsus affirmed some 300 years ago. It is charged with one form of electricity - let us call it positive - which it evolves continuously by spontaneous action, in its interior or centre of motion. Human bodies, in common with all other forms of matter, are charged with the opposite form of electricity - negative. That is to say, organic or inorganic bodies, if left to themselves will constantly and involuntarily charge themselves with, and evolve the form of electricity opposed to that of the earth itself. Now, what is weight? Simply the attraction of the earth. “Without the attractions of the earth you would have no weight”, says Professor Stewart;[1] “and if you had an earth twice as heavy as this, you would have double the attraction.” How then, can we get rid of this attraction? According to the electrical law above stated, there is an attraction between our planet and the organisms upon it, which holds them upon the surface of the ground. But the law of gravitation has been counteracted in many instances, by levitations of persons and inanimate objects; how account for this?
The condition of our physical systems, say theurgic philosophers, is largely dependent upon the action of our will. If well-regulated, it can produce “miracles”; among others a change of this electrical polarity from negative to positive; the man’s relations with the earth-magnet would then become repellent, and “gravity” for him would have ceased to exist. It would then be as natural for him to rush into the air until the repellent force had exhausted itself, as, before, it had been for him to remain upon the ground. The altitude of his levitation would be measured by his ability, greater or less, to charge his body with positive electricity. This control over the physical forces once obtained, alteration of his levity or gravity would be as easy as breathing.
The study of nervous diseases has established that even in ordinary somnambulism, as well as in mesmerized somnambulists, the weight of the body seems to be diminished. Professor Perty mentions a somnambulist, Koehler, who when in the water could not sink, but floated. The seeress of Prevorst rose to the surface of the bath and could not be kept seated in it. He speaks of Anna Fleisher, who being subject to epileptic fits, was often seen by the Superintendent to rise in the air; and was once, in the presence of two trustworthy witnesses (two deans) and others, raised two and a half yards from her bed in a horizontal position.
The similar case of Margaret Rule is cited by Upham in his History of Salem Witchcraft. “In ecstatic subjects”, adds Professor Perty, “the rising in the air occurs much more frequently than with somnambulists. We are so accustomed to consider gravitation as being a something absolute and unalterable, that the idea of a complete or partial rising in opposition to it seems inadmissible; nevertheless, there are phenomena in which, by means of material forces, gravitation is overcome. In several diseases - as, for instance, nervous fever - the weight of the human body seems to be increased, but in all ecstatic conditions to be diminished. And there may, likewise, be other forces than material ones which can counteract this power.”
A Madrid journal, El Criterio Espiritista, of a recent date, reports the case of a young peasant girl near Santiago, which possesses a peculiar interest in this connection. “Two bars of magnetized iron held over her horizontally, half a metre distant, was sufficient to suspend her body in the air.”
Were our physicians to experiment on such levitated subjects, it would be found that they are strongly charged with a similar form of electricity to that of the spot, which, according to the law of gravitation, ought to attract them, or rather prevent their levitation. And, if some physical nervous disorder, as well as spiritual ecstasy produce unconsciously to the subject the same effects, it proves that if this force in nature were properly studied, it could be regulated at will.
NOTE:
[1] “The Sun and the Earth”. (Helena P. Blavatsky)