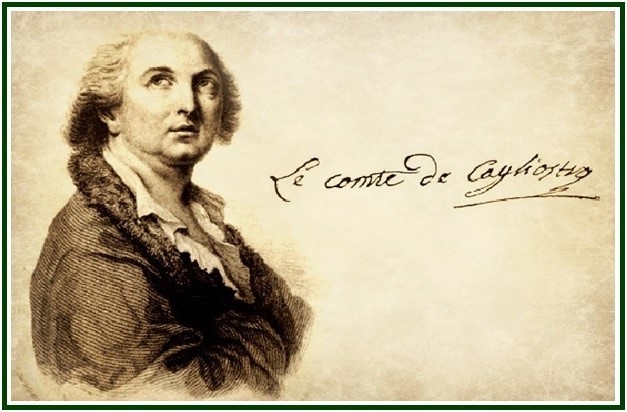 The Count of Cagliostro, possibly born around 1743

We have divided some longer paragraphs into smaller ones. The text describes a supposed episode with Cagliostro and his wife, both using other names and living in Paris, in 1861.

Writing this story might be a means for HPB to give indications - regarding Cagliostro and the mystic path - that would be useful for those concerned. It could also serve to protect the real work of Cagliostro (and Blavatsky) from the enemies of esoteric wisdom, by using a layer of information that cannot be taken literally.

Many aspects of the story confirm it is not literally true. It makes no sense to think that someone who is not advanced in the spiritual path, like Mrs. Cagliostro, could reincarnate in such a short period of time.

See the articles “Was Cagliostro a Charlatan?”, by Helena P. Blavatsky, and “Alexandre Dumas Describes Cagliostro”, by CCA.