A Philosophy of Respect
for Life and for Every  Nation 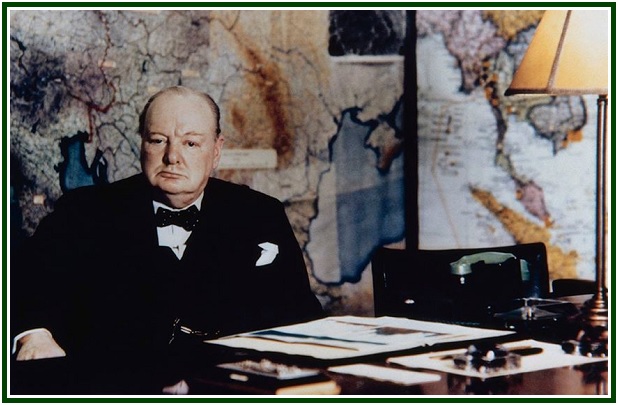 Winston Churchill, the British Prime
Minister, had a decisive role in the Second World War

Theosophists frequently receive questions from readers on what the esoteric philosophy has to say about social sicknesses like Nazism, Fascism and other forms of crime against humanity.

These articles clarify the issue:

However, one must remember that criminals often plagiarize or steal sacred ideas and present themselves as “ethical” and “spiritualized” persons. See for instance the article

* The Meaning of the Swastika

Adolf Hitler, Benito Mussolini and other evildoers disguised their intentions. Acting with the support of the Vatican and using a vast propaganda machine, they destroyed a large part of Europe.

The theosophical movement, on the other hand, has from its very beginning in 1875 always had strong links to the United States, to India and the United Kingdom. The movement was never neutral in the Second World War, but shared the fate and the victory of the friends of Democracy, as shown in this article:

* Theosophy and the Second World War

These are useful texts:

* Theosophy in Greece Under Nazism

* Why Do They Hate the Jews?

* The Philosophical Value of Democracy

Students of Theosophy have the honour and the privilege of promulgating a philosophy of respect for life, and a worldview based on the concept of universal brotherhood.

The view of human future taught by Theosophy is centered on the idea of practical altruism and self-sacrifice. The esoteric philosophy of Helena Blavatsky teaches the principle of harmony among all nations and ethnicities, with an unconditional respect for the rights and traditions of everyone among them.

The article “Humanity Defeats Nazism” was published in the associated websites on 09 December 2019.

Consider reading “The World War in Our Minds” and “Awakening from the Opium Wars”.

See the articles “No More Hiroshimas and Nagasakis”, by Carlos Cardoso Aveline, and “Moral Determination and Commitment”, by Eiji Uehiro.