A Fire that Burns Unseen,
a Discontented Contentment 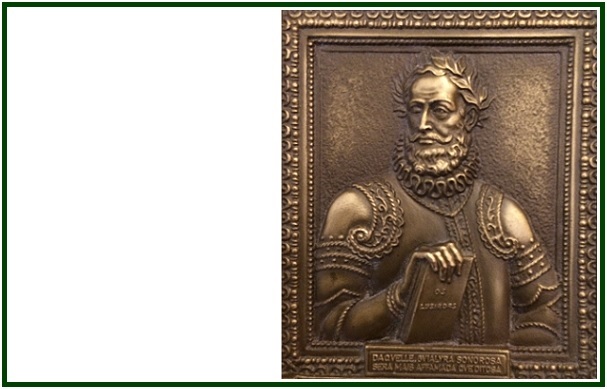 Camões (1524-1580) is considered the greatest poet of Portuguese language.
Image:  a Portuguese medal produced four centuries after his death (1580-1980).

Love is a fire that burns unseen,

It is a wound that hurts, yet isn’t felt,
It is a discontented contentment,
It is pain that rages without hurting;

It is not to want what’s wanted most,
It is solitary to walk among us
It is never being content with contentment,
It is caring that one gains in losing oneself;

It is to want to be bound by will,
It is to serve one who wins the winner,
It’s about having, with who kills us, loyalty.

But how can cause its favour
In human hearts Benevolence,
When Love itself is so contrary?

The above poem is included in the associated websites as an independent publication on 06 December 2019. It was reproduced from the October 2019 edition of “The Aquarian Theosophist”, pp. 11-12. Revised by CCA. Also published at the book “Love Sonnets”, by Luís de Camões, Ulmeiro Editor Publisher, Portugal, 126 pp.; see Sonnet LXXIII, p. 55. The bronze medal whose partial view illustrates the poem belongs to the library of the Independent Lodge of Theosophists.