Thoughts Along the Road - 27 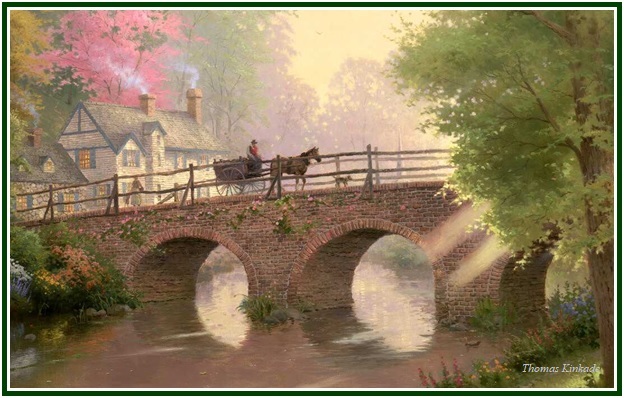 * Ignorance uses to disguise itself under the garb of divine knowledge. For this reason the key to attain wisdom is beyond adopting wise words in thinking or talking. One needs to constantly compare the truth present in wise words with the actual falsehood of any daily actions of ours that are based on ignorance.  Courage, confidence and humbleness are necessary in the process.

* The path changes people. As the spiritual pilgrim walks up the mountain, his horizon widens, the air becomes purer, and he has to live with an increasing amount of detachment regarding particular issues and specific objects. If he does not take the initiative to look for detachment, then detachment will look for him, and it will find him, often in the form of loss.

* The magnetism of the Sun transmits life and vision to all. It permeates things. It inspires each being according to its specific degree of evolution. It demands nothing. The Earth and every celestial body in the solar system are parts of the aura of our Star as it proceeds in its anonymous pilgrimage across the Milky Way - and around the centre of the galaxy.

* More intelligent than fighting our circumstances is to learn from them and build better ones. To purify oneself is more useful than criticizing others. Instead of indulging in ambition, one should renounce unwise ideas. The way to happiness is not quite in having our desires fulfilled, but in leaving personal desires aside. A strong will must be built that is altruistic.

* There is no joy like the joy of having fulfilled one’s duty. No pleasure can ever be comparable to the pleasure of knowing that one deserves inner peace. Doing good in undetectable ways is among the supreme forms of happiness. When the Law and the higher self are the sole and secret witnesses of good actions, the pilgrim has his reward already.

* Effort and rest are equally important in life. Both should be complete. There must be moderation in the two. A supreme effort can be made daily that does not deny the principle of moderation. A complete rest has nothing to do with laziness. Detachment, which results from a broad horizon, grants us the ability to combine intensity and moderation in work.

* What is the criterion to evaluate the process of learning? The contents and meaning of knowledge are indicated by the amount of ethics in the way it is used. True knowledge is employed in morally responsible ways, to achieve decent goals. Real knowledge provokes inner well-being: false knowledge leads to a disharmony in one’s soul.

* However imperfect, human beings are living ladders between the earth and the sky. In order to improve themselves, they must understand and regulate Life in each step of their own consciousness, and establish little by little a harmony between celestial and earthly forms of life in themselves. It’s a long term task, and every minute counts.

* Naive people take life for granted. They are still sleeping inside. Those who know better conquer life each new day with due effort. They are awakening already. The attitude of misinformed people regarding the future is based on the principle and the philosophy of “wait and see”. People with common sense actively work for a better tomorrow. Everyone can examine to what group of individuals he belongs by now.

* Music, noise and silence make life, just as right action, mistake and repose do. Pleasure, pain and wisdom are part of existence, just as renewal, preservation and a balance between the two.

* A secret dialogue bridges the different sides of existence. Some children seem too old already: they will get younger as time passes. And many are those who at seventy start to live the joy of life.

* The student of universal wisdom must learn how to receive in proper ways in his psychological world the ceaseless events that Life brings to him. New facts and realities harmonize themselves as soon as one puts them in their right context. Thus the student develops an ability to deal with trends of events, rather than mere isolated facts. Once he identifies the patterns, the cycles and trends, he can foresee what the possibilities are. As a result, right understanding succeeds “surprise”, and right action replaces impulsive behaviour.

* Through our sense of inner equilibrium we can understand the rules guiding Life. The Law of Karma expresses itself in a dynamic, spiraled movement, constantly re-establishing equilibrium and balance. It does so through the law of cycles and the law of symmetry. A mathematical symmetry can be seen in every cycle which allows us to infer and calculate in advance the change and renewal of general trends that are yet to come in History and Karma.

* It all depends on the point of view from which we look at life. In order to find the spiritual Path, one must see each thing and every event from a noble viewpoint. Besides, isolated insights have limited results. Before being able to sustain a noble perspective, a stable structure of habits, actions and practice must be built. This is no poetical speculation. Only the grandeur and beauty of the path can inspire one to make the inevitably hard and apparently “inglorious” effort.

* The soul has its own ecology. A stable silence within allows one to contemplate the emotional and mental landscape of his individuality, with its higher places and lower places, its climate and atmosphere. Passing “winds” and “rains” can change the short term aspect of one’s nature and its temperature. These factors alternate with sunlight, moonlight, and the influence of clouds of various kinds. In order to sow in effective ways, one needs patient labor done under changing weather conditions. The agriculture of the soul is an Occult science: it requires hard, intelligent work.

* Sentences have an occult life. At each sentence or paragraph studied in reading theosophical literature, the pilgrim must ask himself: “what is the actual meaning of these words to my own inner life and daily existence?”  The best answers to such constant question will probably be wordless. Yet the ever-renewed query remains decisive. The secret dialogue between philosophical thoughts and one’s conscience and actions cannot be artificially provoked, just as the germination of a seed cannot the forced from the outside. One must create the proper conditions for it to occur of its own, and give it the time it needs to flourish.

* Theosophy is the perception both practical and contemplative of the unity of all beings and things. It inevitably cancels the illusion of being a separate self. Theosophy is therefore one with altruism.

* While there are many different individualities, no separation exists. Diversity and unity live together. As a result, there can be no personal acquisition of a knowledge regarding theosophy. All that one’s personal self can do is learn concepts and get acquainted with the wording, paving the way for the understanding of one’s soul. Real knowledge does not belong to one’s outer vehicle. For the lower self, loving truth is to love something located beyond and above itself: thus true devotion is born.

* Socratic questions are useful in the search for truth. If we have an interest in the path to divine wisdom, it will be useful to ask ourselves some questions. For instance:  What is it that inspires us?  Does it invite us to perform better actions? Does it teach us to become wiser and look at life from a higher point of view?  Do we defend such a source of inspiration from the inevitable pressures coming from lower forms of consciousness?  Do we feel grateful to the sources of our learning? Do we share a knowledge of such a source with others who may deserve contact with it?

* The law of karma operates on every level of reality and so does the ripening of karma.

* Some levels of action take a long time to return to their originator, and sometimes this takes place in a future incarnation. In other situations, fruits are immediate. Examples are many of mistakes whose karmic consequences occur in the fraction of a second.

* If someone is humbly performing an altruistic duty, the consciousness of his action and duty enlightens him as an immediate blessing which makes no noise. Bliss may even avoid his self-conscious awareness and flow undetected by the physical personality - unless the pilgrim develops a deeper attention regarding life. And this should come in time.

* Progress along the path to wisdom allows students of philosophy to learn little by little an important lesson. They become able to anticipate the karmic development of situations and to know the effects of an action before it takes place. By practising the science of right living, they avoid unnecessary pain and enjoy inner bliss.

* In the age of anxiety, speaking at high speed is considered a sign of cleverness, while slow thinking constitutes a proof of mental retardation. And this is one of the delusions of the century. Superficial and meaningless minds feel proud to be quick and believe others to be less than clever. In fact, intelligence ignores hurry, and is ignored by it.

* Starting a real dialogue with another person requires a multiple focus on various levels of consciousness at the same time, while listening to one’s own soul. The calm presence of silence is necessary for that to take place. The deep mind is slow in changing subject: the soulless mind is not. The real self is a friend of silence and can learn from a turtle or from a tree; the outward mask is not, and cannot.

* You may want to be quiet and silent and modest in order to live universal wisdom. And this is only the first step on the probationary path. The very fact that you search for wisdom is enough to challenge, reveal and confront un-wisdom, or ignorance. You will try to avoid the fight, but the fight will come after you, and this is why the Masters of the Wisdom often use in their Letters the metaphor of the Warrior to refer to true theosophists.

* The act of living in wisdom and existing in the strict territory of universal ethics invites all kinds of tests, which will check and verify the pilgrim’s resolve. In the process of facing obstacles and learning uncomfortable lessons, the main refuge of lucidity is an impersonal point of view. The pilgrim gradually realizes he is no one. He is not a personality or mask. “He” is but a nameless, timeless soul, present here and now and in other places and occasions as well.

* It is not enough to preserve physical cleanliness by brushing one’s teeth, washing hands from time to time and taking a bath each day. Actually, impurities of mind and emotion are worse than physical impurities, and the fact is stated in the Mahatma Letters (see Letter IV, pp. 15-16).

* Better than the washing of one’s teeth, is the purification of one’s feelings and thoughts. A few rites of daily purification are necessary on the psychic and spiritual level, like contemplating abstract universal ideas which refer to sacredness; practicing concentration on a feeling of love for the Highest Truth; or examining the substance of a sincere gratitude for all beings.

The above article was published as an independent text on 15 March 2019. An initial version of it, with no indication as to the name of the author, is included in “The Aquarian Theosophist”, October 2016 edition, pp. 13-15. Various short notes written by the same author and published in that edition of “The Aquarian” were added to form “Thoughts Along the Road - 27”.

Those who want to join E-Theosophy e-group at YahooGroups can do that by visiting  https://groups.yahoo.com/neo/groups/E-Theosophy/info.