Thoughts Along the Road - 25

Each Step Ahead Changes
Something in the Whole Walk 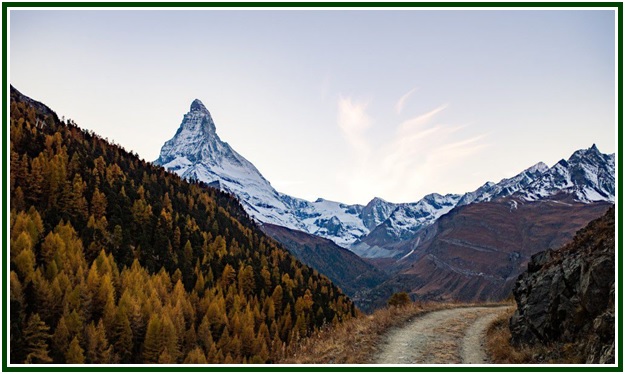 An ideological approach to
esoteric philosophy denies actual
theosophy while providing people
with the illusion of verbal wisdom.

* The most sacred teachings can but point to that kind of informed silence within which Truth flows unlimited, and the seeds of sacred sounds are contained.

* Before being able to make correct short term decisions, the pilgrim must know what he wants to attain, in his long-term journey.

* The best counsellor of every truth-seeker is the silence that enlightens the center of peace in his consciousness. In this non-spatial place there is an axis of symmetry: it connects him with the law and the bliss of universal justice.

* Those who are afraid of looking at ugly truths, individual or collective, are actually afraid of Life and of Happiness.

* It is by honestly confronting defeat that the pilgrim can win. By looking at mistakes, he corrects them. By understanding suffering, he eliminates its causes. When the pilgrim fully accepts his circumstances, he is able to transcend and improve them.

* There is no need for a wayfarer to get too worried if he sees a preposterous paroxysm of selfishness in the most prosperous societies of his day. Nothing is eternal, except the Law of Equilibrium. Everything is cyclic in human evolution, and even the most violent outbursts of moral blindness cannot last long.

* The road to wisdom is simple in the pilgrim’s heart and complex at the mind level. And he needs both mind and heart: no doubt about that. He must combine simplicity and complexity, and use both sides of the brain: one of them is especially in harmony with the heart.

* Each step ahead changes something in the whole walk and widens the way the pilgrim sees his previous steps. With each new effort, he leaves aside some attachments, and becomes able to see facts heretofore invisible.

* There is no room for happiness within the limits of the lower-self. From the narrow prison of a “personal” existence, the wayfarer must learn the way out, into the wide horizons of selflessness.

* Unconditional contentment is the first step and the initial indication that one’s will is stronger than desire. This is the good path, for thoughtlessness and desire provoke pain, while right thought and right will make it possible to have inner freedom.

* The pilgrim who obtains a glimpse of larger cycles of time sees no problem in the idea of studying theosophy for five decades, with modest results. He knows first-hand that the learning of the soul is invisible. It would be disastrous to get enthusiastic about his own progress. He is also acquainted with the fact that each minute counts, and every new thought makes a difference.

* There may be a sense of “order” that corresponds to mere routine and attachment to form. This is of no interest in theosophy. Wisdom brings about another kind of order. The perception of the unity of all things reveals a natural harmony among different factors in life.

* When the traveller has One main Goal in life, all his activities tend to become mutually consistent. Then order becomes part of his method, planning turns out to be possible, a stable rhythm is established, and the pilgrim becomes predictable to himself, while open to sudden change in any situation.

* The various kinds of difficulties now challenging our civilization are part of its karmic adjustment. Individually and collectively, the right thing to do is to deal with each obstacle in honest ways. Flexibility is as important as firmness. Positive thinking and creativity are of the essence.

* There is a reason why more than one collective structure and institution now implodes: spiritual blindness is self-destructive. A generalized lack of ethics and good will is associated to materialism, hedonism and selfishness. Ignorance paves the way to wisdom through the law of dynamic equilibrium.

* As recommended in the Yoga Sutras, Book II, 33-34, the systematic replacement of wrong actions by right ones, and of wrong thoughts by their opposite, can quickly change Karma for the better in anyone’s life,  and any society.

* The word “simple” does not mean “easy”. An outwardly simple task may involve inner complexity, requiring an iron will. The simplest action is often the deepest. It sometimes turns out to be the most difficult, and decisive.

* One needs generous hearts in order to build a civilization that deserves to live. This has been the universal teaching present in Judaism, Hinduism, Taoism, Baha’i, Confucianism and modern Theosophy, to name a few examples among many.

* The wording of theosophical teachings is of great value, as long as its living power is preserved. When classical words of wisdom are read from a correct perspective, they lead the student to a deep understanding of himself, and a profound reconciliation with all life.

* Words of wisdom point to the universal principles governing the Book of Life.

* The best way to teach and to express oneself is through actions. Self-improvement must come from daily practices that strengthen one’s will.

* A student of philosophy should speak little and focus on deeds. However, sometimes the words themselves are action. Given some conditions, the magnetic energy of words may contain a spark that ignites the fire of higher consciousness, in those whose souls can hear.

* Every nation has a collective connection to the higher realm of spirit.

* The silent avenue leading to the world above operates through the philosophers, poets, mystics, writers, leaders and thinkers of every country, people who lived once or live nowadays mainly in their spiritual souls, even while having a physical body.  When a researcher in esoteric philosophy understands that the writings of such thinkers are in fact a living part of the Theosophical Literature, he sees that he can have an essential dialogue with thinkers of various nations in the most distant centuries.

* Documenting the works of great thinkers, making them known and studied, is part of the theosophical project. Many valuable texts and books of previous times have been largely forgotten, or distorted. Yet persevering researchers can study at a distance with Teachers and Researchers of Altruism who lived in different nations, any time. By doing so, a citizen expands his contact with his own higher self.

* An effective way to keep as much as possible free from materialistic illusions is to follow Lucius Seneca’s advice and “talk to” and “listen to” the greatest thinkers of all ages.

* The works by Helena Blavatsky and the Mahatma Letters provide us with a key to open the doors of Time and correctly understand Epictetus, Cicero, Marcus Aurelius, Plutarch, Musonius Rufus, Leibniz, Spinoza, Francis Hutcheson, Baron Holbach, Immanuel Kant, Ivan Il’in, the Talmud, the Dhammapada, the Vedas or the ancient mythology of all nations - to name but a few examples. Such study will also help us better work for a healthy future.

* Brazilian philosopher Farias Brito wrote: “Our own end is to free ourselves from slavery to matter - which means to break the chain of death and to return from nothing to being, from unconsciousness to consciousness. (...) But in order for this liberation to occur, or rather, for this rebirth or regeneration to take place, there is only one means; knowledge, which is the very process of regeneration of a fallen being, or his elevation from nothing to reality, from unconsciousness to consciousness.” [1]

* An “ideology” is a simplified view of reality that allows one to have an immediate answer to every possible question. It helps people make believe they know it all about life.

* Political or religious ideologies are used as substitutes to the search for truth. They are instruments at the service of institutions whose interest is to seek for power over people.

* An ideological approach to esoteric philosophy denies actual theosophy while providing people with the illusion of verbal wisdom. In each field of knowledge, ideology is the easy discourse that makes direct research look like unnecessary, and tries to eliminate truth-seekers, while forming opinionators instead.

* As long as one’s views of reality depend on a personal attachment to words, one cannot really search for truth in a deeper sense.

* If our view of life obeys to fixed opinions or is not open to direct research and independent observation of facts, we remain limited to the comfortable dynamics of self-delusion.

* In order to understand life, all second-hand guidance has to be seen as a tool of secondary importance, subject to our own research and approval.[2]

* The writings of original theosophy are no Bible to memorize and repeat. They teach us principles and a knowledge to be checked, tested, confirmed and verified with independence on various levels of consciousness, some of which are above mere reasoning. The process is slow and gradual. It takes more than one lifetime, but mutual help makes things easier.

[2] This is what classical theosophy says, and the theosophical movement should not become a church or congregation of obedient believers.

The above article was published as an independent text on 12 January 2019. An initial version of it, with no indication as to the name of the author, is included in the August 2016 edition of “The Aquarian Theosophist”.