Initial Steps on the Path

A Letter About Devotion and Concentration 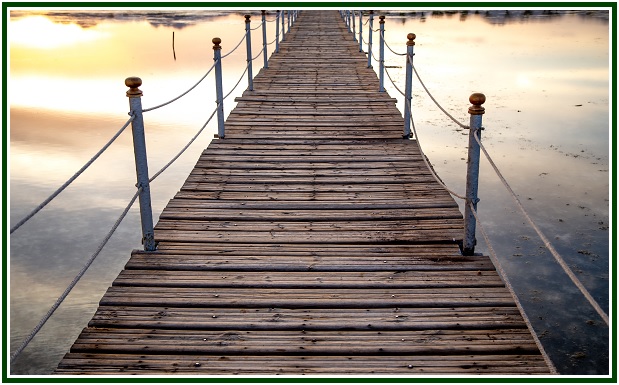 Of the path of true Occultism it is said, “The first step is sacrifice”. This means sacrifice from the worldly point of view - the point from which we start. That we cheerfully unburden ourselves of undesirable things shows the workings of the true self. Have no fear of the ocean of Life; it will sustain you. I often think of the passage, “All things work together for good for him who loves the Lord”. You will have a larger appreciation of this saying than is common.

You speak of a surer sense of truth than any manner of reasoning. This: is the action of Buddhi - direct cognition - the goal to which all right philosophy and life leads. In our sincere efforts we at times may have flashes from that seat of consciousness. The great result would be to have the continuous co-operation of Manas and Buddhi - higher mind and spiritual knowledge; to work as the god-man, perfect in all his parts, instead of the present sectional operation which obtains.

You may remember that in The Voice of the Silence there are two doctrines mentioned. The Doctrine of the Eye is that of the brain consciousness, composed largely of external impressions. The Doctrine of the Heart is of the spiritual consciousness of the Ego - not perceived by the brain consciousness until right thought, and right action which sooner or later follows it, attune certain centers in the brain in accord with the spiritual vibration. It might be well to read The Voice over and meditate on its sayings. You have had much of the intellectual side; there should be as much of the devotional; for what is desirable is the awakening of the spiritual consciousness, the intuition - Buddhi - and this cannot be done unless the thoughts are turned that way with power and purpose.

You may, if you will, set apart a certain half-hour, just before retiring and after arising - as soon as possible after - and before eating. Concentrate the mind upon the Masters as ideals and facts - living, active, beneficent Beings, working in and on the plane of causes. Meditate upon this exclusively, and try to reach up to Them in thought. If you find the mind has strayed, bring it back again to the subject of meditation. The mind will stray more or less, at first, and perhaps for a long time to come, but do not be discouraged at the apparent results if unsatisfactory to your mind. The real results may not at once be apparent, but the work is not lost, even though not seen. It is more than likely that the work in this direction will be perceived by others rather than yourselves. Never mind the past, for you are at the entrance of a new world to you as persons. You have set your feet on the path that leads to real knowledge.

Do not try to open up conscious communication with beings on other planes. It is not the time and danger lies that way, because of the power of creating one’s own images, and because of the power and disposition of the dark forces to simulate beings of Light, and render futile your efforts to reach the goal. When the materials are ready the Architect will appear, but seek him not; seek only to be ready. Do the best you can from day to day, fearing nothing, doubting nothing, putting your whole trust in the Great Law, and all will be well. With the right attitude knowledge will come.

I am sorry that so much disagreeableness assails at the beginning. I can very well understand it all: heat, dust, grind, in contrast with what you have left. It requires courage and endurance, and these are desirable qualities, just such as a Kshatriya should have, which, however, does not lessen the sense of distinction - not all at once. But as we all desire such a fight as will best prepare us, we can afford to smile inwardly while we contemplate the efforts of nature to subdue our resolves. We all have our battles, and if we are in the army, we may be sure the Self supplies just such trials as the peculiar nature needs. I think that things will look somewhat better after a while - they always do.

It is the personality that does not like discomfort, and the same chap gets used to things after a while. So whatever may be the outcome in the future, it is wise to fight it out on the same lines as if you had made it your life work. The battle won, the necessity will cease, because from the Self no Waste of effort can be. It is easy to advise and more difficult to perform, but performance is what is called for. All these things must necessarily be tests, training - at least, I think that such is the way to look at it.

The analogy of the Secret Doctrine shows that every change is preceded by a rapid rehearsal of previous processes in evolution It seems to me that we might use this in our own mental processes and possibly might be able to figure out our position in the cycle. We might be able to let the mind only sweep over the preliminaries, and step in when the proper point is reached, using the upward rush as motive power. We should be rushing upward from new levels all the time. “Is it not so that mountains are climbed?”

Once in a while we catch glimpses of the place we started from, as we are going up elevations; though descending again, the average rise is apparent. So, expecting these things, we take advantage of every opportunity to increase the ascent and avoid precipices - for it is said that mountainous regions abound in such things.

Also remember that there are many unexpended remnants of past Karma - “mental deposits”, Patanjali calls them - that you have called for, in order to balance up your account. They have come and will come. Be careful not to incur new indebtedness, and thus delay the final settlement. You know the difficulties and should fortify yourself to pass over them. No one can do this for you, as you well know.

It is well to feel, also, that in your apparent isolation, you are not alone. This “feeling” should help you and I think it does. Keep it up.

“Initial Steps on the Path” was published in our associated websites on 7 January 2019. The article is reproduced from the book “The Friendly Philosopher”, by Robert Crosbie, Theosophy Co., Los Angeles, 1945, 415 pp., see pp. 13-15. It transcribes Letter 5 in the part entitled “The Spirit in the Body”. Longer paragraphs have been divided in shorter ones, in order to make a contemplative reading easier.