Thoughts Along the Road - 24

Unimpressive Actions Are Often the Most Correct,
And Unseen Forms of Kindness Use to Be the Best 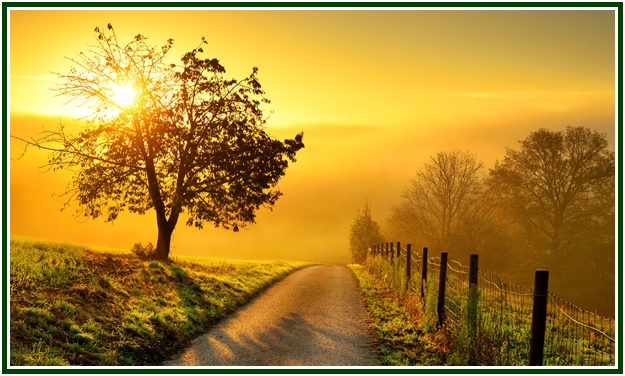 * By peacefully silencing and tuning in to one’s soul, unlimited peace will be found.

* The firmness of a stone and the absolute flexibility of open air are both necessary in the character of one who studies classical theosophy. The transmuting properties of fire are equally decisive; as well as the healing quality of water. The fifth element, ether or astral light, combines the other four factors in the alchemy of individual consciousness.

* There is a time to understand a telescope, and a time to use the telescope so as to study aspects of the sky. Reducing to nothing his lower self, or his lower-self activity, is a necessary condition for the pilgrim to thoroughly focus the telescope of his energies in the perception of eternal reality.

* Hard self-responsible work leads to happiness. Indulgence and lack of vigilance produce danger, both in individual and collective life. In societies governed by the worship of short-term personal comfort, an ethical blindness emerges whose result is disastrous.

* In the cycles of life, effort and rest complete each other. An altruistic existence includes the need for calm. Similar to the process of reincarnation, every aspect of life combines Yin and Yang, contraction and expansion, systole and diastole, action - and repose. To each effort corresponds a pause. If our action is correct, then we have a right to tranquillity according to the Law of Karma.

* Peace is never the result of being afraid of tackling difficult issues. Fear is no solid foundation for harmony. Courage and frankness, which are associated with generosity, produce balance in every situation. He who is able to leave aside short term advantages and live with detachment can afford being sincere.

* Lack of mental concentration is one of the main sources of waste of energy. Life teaches us to make a decision on our goal and persevere. The object of our efforts will constantly renew itself and get readjusted as we learn better. However, if it is elevated enough, it will endure. Along the 24h cycle, the Sun is constantly changing its geometrical position with regard to any point of the Earth - but it is always there, giving light and life and a safe trajectory to our planet.

* One does not buy discernment in the shopping mall. It is easier to read and repeat the wording of whatever we have studied than to properly use theosophical principles and concepts in daily life.

* One has to make an unspecified number of attempts before developing any significant amount of wisdom in judgment. However, by the method of trial and error one learns much better than by just memorizing and regurgitating.

* Detachment means a sense of independence regarding circumstances. An experienced soul does not measure itself by superficial events.

* From a knowledge of the fact that important things in life transcend short term scenarios, moderation results. Then an ability to wait for the right timing emerges, and an unconditional peace protects us from anxiety and other forms of blindness.

* Independence allows us to have discernment and see the right course to follow.

* An inner sense of duty guides every true student of esoteric philosophy and makes him question in more than one aspect the socially organized selfishness around him. In response to his challenge, life and karma will kindly send him waves of probations. A number of events will test the firmness of his resolution to do his best. Difficult situations will alternate with moments of blessed quietness. He will gradually realize that the dangers are short-lived and pass, while the blessings - seemingly brief in chronological time - contain in themselves the essence of eternity.

* Having a daily self-discipline means creating and strengthening correct habits. Self-discipline invites us to renounce spectacular ideas and follow the balanced ones.

* Unimpressive actions are often the most correct. Unseen forms of kindness use to be the best. Anonymous heroes are among the greatest: one needs to forget the lower self, up to a certain extent, in order to remember the spiritual soul. The formation of new or better habits in the various realms of life requires a regular effort which appears to be unattractive. The results of such effort are multidimensional. It creates moral strength, self-restraint and moderation.

* The eternal life and its patterns of vibration are present everywhere, at every instant.

* When the pilgrim feels that time is not enough for him to do all things he wants to, he must reexamine his recent decisions regarding goals and planning. There is no use in wishing to do things that are not feasible, while abandoning realistic projects which point to the right direction. Living a contemplative life needs common sense: universal wisdom can be experienced down on earth. If someone has less time available than he desires, he can decide he will observe and reduce his waste of time and energy.

* Modus et ordo, or “method and order”, said King Edward’s motto; “Order and progress”, is the sentence inscribed in the Brazilian flag: and the two ideas are helpful in the realm of individual life as well. The existence of a method implies that there must be a valuable goal. Unworthy objectives can scarcely inspire effective or planned action. Method produces order, and these two factors combined pave the way to progress towards the goal. The question then, for a country, a local community, for our global civilization and every individual in it, is whether there is a noble, lasting goal; if a morally healthy method exists; and order and consistence in the efforts to make progress.

* If one’s objectives are universal enough to be valid for the next 3,000 years, they are valid in the short term, too. Self-knowledge, wisdom and the ability to help others obtain happiness are examples of correct goals. Acting in harmony with his own essential nature is the dharma and sacred duty of everyone. Such sort of action, however, is multidimensional and can never flow in great harmony with external expectations.

* He who is sincere with himself will disappoint others, and disappoint himself, a thousand times on the personality level. It is only in the deeper realms of life that his consistence with himself will be seen as inseparable from loyalty towards the others. One cannot be loyal to oneself without being loyal to everyone. And this can be extremely uncomfortable. Honesty and loyalty create a number of difficult situations, wherever falsehood is considered normal or hypocrisy is established as a golden rule of human relations.

* One should not expect too much from others. It is better to stimulate the best in them, making no demands - except sincerity.

* The pilgrim must expect right action from himself and leave people room to manage their lives as they find adequate. It is good to think the best of the people we know. They are free to have their cycles of increasing awareness and effort, and relatively decreasing cycles, too.

* Being independent implies a degree of humbleness and of voluntary simplicity. The pilgrim must respect people’s choices, voluntary or involuntary as they may be, and preserve his own ability to develop his task unimpeded.

* The issue is not how many golden opportunities other people are wasting right now along the path to altruistic wisdom. The task ahead is to reduce one’s own waste of time and efforts.

* The mystery of efficiency in the use of vital energies is not easy to solve, and tackling it demands a complete, undivided attention.

* The difference between fear from something and affinity with it may be easily erased by facts. Rejection can create, or result from, various forms of subconscious affinity. An intense, instinctive denial of anything may attract precisely that which one is afraid of. On the other hand, courage and detachment reduce or dissolve the magnetic relation with whatever is undesirable.

* Right thought looks to that which is good, and strengthens one’s karmic relation and affinity with healthy possibilities.

* Self-knowledge and self-control pave the way for the mind to concentrate on valuable objects, and this is the road to unconditional peace.

The above article was published as an independent text on 02 November 2018. An initial version of it, with no indication as to the name of the author, is included in the July 2016 edition of “The Aquarian Theosophist”.