Thoughts Along the Road - 23

Life Starts Again Every Day and Each Instant 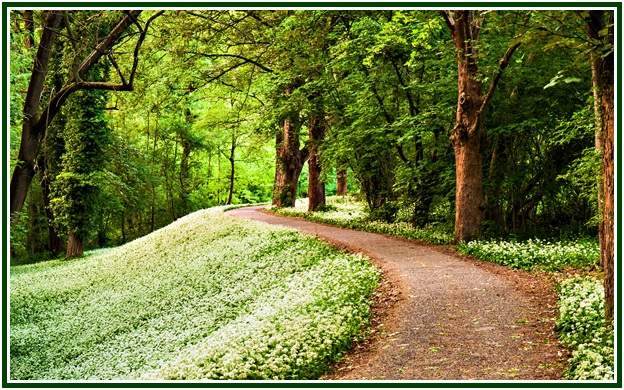 * Self-restraint is the basis of lasting contentment and happiness. True joy doesn’t come from having one’s wishes fulfilled. It results instead from reducing to a minimum one’s personal desires.

* It is easy to study, memorize, and regurgitate the wording of the authentic teachings of esoteric philosophy. If one wants to go beyond mere repetition and wishes to understand the inner meaning of the teachings, it is necessary to look at the wording from the point of view of the right motive and intention.

* Only those whose goal is to help mankind liberate itself from unnecessary pain have the Right Angle from which the esoteric doctrines can be understood. The key to having access to knowledge is in one’s motive for learning, in the first place. Deceiving oneself makes no sense. The mere appearance of selflessness is worse than useless. Selflessness must occur in the silence of the student’s heart and enlighten his every action, showing him both the lessons learned and the lessons to be learned.

* In the search for wisdom the point of view is therefore more important than the wording. If our viewpoint shows us but a narrow piece of landscape, we may become too optimistic about our wisdom and believe we have little to learn. A wider sort of horizon will make it possible for us to see how little we actually know. This is one of the first steps along the path to real knowledge. The more we know, the more we can see the vastness of that which we do not know.

* Every Full Moon constitutes a turning point in the monthly journey. It represents the culmination of the accumulating processes. From the moment of the full moon on, it is the right time to conclude tasks, to improve, to accept detachment, and to quietly preserve one’s positions. After the brightest point of the Moon’s trajectory, it is not wise to carelessly start new efforts.

* Selfless work has to be both intense and calm. Silence and sound, as work and rest, must be correctly combined. Life invites us to be open to different rhythms, patterns of vibration and ways of saying things. Creativity is as important as tradition. Perseverance is internal, flexibility external. An iron will within, and adaptability outwardly; these are parts of our duty.

* Each day of 24 hours includes as far as we are concerned a new manvantara and a pralaya, or another period of manifestation of the universe and its corresponding period of rest. It is correct during the daily manvantara not to take too many things for granted: vigilance, inner and outer, and prompt action - whenever it is necessary - grant stability.

* Everything in life can be seen as a training and a test in Raja Yoga, the science of self-knowledge and self-control. One’s seclusion is inevitable: however, it does not have to take place on the physical plane. While performing duties and tasks in various situations and levels of consciousness, one can remain innerly concentrated. As to the sources of bliss, the time-honored rule is “deserve, then desire”.

* Life is rhythmic. The different chains of causes and effects tend to reproduce themselves. Peace and good will are habits: unhappiness is another one. Even psychological pain is a habit. Wisdom consists in abandoning repetitive actions which produce or sustain suffering, and in establishing new rhythms and vibration patterns which produce contentment. There is a chain of causes and effects that leads to liberation, and it includes self-sacrifice, the voluntary leaving aside of the lower self in order to work for a greater good.

* Situations of ethical black-out sometimes take place and this is part of the law of cycles. In such circumstances every honest individual must make once and again a hard choice in his soul, which goes beyond the limits of usual voluntary consciousness. If he chooses Comfort, he loses the inner Opportunity. If he chooses Listening to his Heart, he loses Comfort, renounces attachment to ignorance, and learns uncomfortable lessons while his horizon expands, and immediate facts get much smaller to his view. This is not a problem, for the widening of horizons and of time-perception is part of the learning process in esoteric philosophy.

* Communal organizations need firm universal principles. They must have enduring goals, effective methods, and an ability to correct mistakes and learn from events. When the leaders of a collective structure systematically reject change and deny the need for it, they condemn themselves to irrelevance and lead their “structure” to a collapse. Life will not stop, and it will not bless the blindness of ill-informed leaders.

* The idea is not quite true that “life begins again at each new day”. The new beginning is not limited to a particular cycle. As long as we can listen to the Silence Within, life restarts every year, month, semester, lunar cycle, hour or instant.  The renewing energy is everywhere in Space and at every point in time.

* The meaning of the word “transfiguration” is sometimes defined as “a complete change of form or appearance into a more beautiful or spiritual state”. The process of transfiguration takes place in the way we look at things, as well as in the objects of our examination.

* A wise look will see Wisdom permeating everything in the Universe. As the view of a Sage is born in the pilgrim’s ability to see life, all aspects of existence undergo a transfiguration and that includes the lower self of the observer.

* The Moon cycle affects the tides of the ocean, the lives of the plants depend on the light of the Sun, and poets talk to the stars in the sky. All things in the universe ceaselessly talk to each other, or interact. Direct observation shows that astrological movements and geometrical angles between celestial bodies influence in practical ways our states of mind.

* The student of philosophy knows that as he looks within at his own soul and away from the outward world he is not retiring into some individual kind of existence that is separated from the cosmos. He knows that his personality is in fact but a particular way of interaction among anonymous parts of the universe. Even this particular pattern of interaction that is “himself” changes all the time, as his learning expands. His true self is cosmic, and not isolated. The more he knows, the more he sees that his lower self - a specific set of vibration patterns - is a tool, a friend, and not his true self. The essence of his individuality is one with the essence of all things.

* One of the first conditions necessary to make progress along the theosophical path is a well-known tenet: one must remember that the mere fact of trying one’s best brings about the seeds of a victory that will occur sooner or later, it does not matter exactly when.

* As the pilgrim makes an effort to live up to the theosophical ideal, a twofold challenge takes place. 1) On one hand, he has to surround himself of higher influences and inspiring opportunities, adopting the necessary practices and habits. 2) On the other hand, he must see through illusion and identify around him the higher and inspiring opportunities that are disguised by routine, hidden in challenging situations or made invisible by his own difficulties in looking at life. When he feels inspired by each event, pleasant or not, it becomes easier for him to receive help.

* Helena Blavatsky and her Masters taught that real theosophy will not be found in the dead letter of even the best works on universal wisdom.[1] The teachings can but point out the way to wisdom: parroting their outward wording will not produce good results. The search for divine knowledge must be autonomous, self-responsible and independent. It is also a fraternal action which develops through mutual help. The authentic and undistorted teachings are the indispensable key to obtain true knowledge, but each one must open the door by his own merit.

* There is a sense of beauty for every level of consciousness, and it is on the higher planes of perception that eternal harmony can be seen. By studying classic theosophy from the right point of view one starts to love ethics and goodness in deeper ways. A sense of moral beauty or ugliness unfolds with regard to one’s actions and the actions of others. [2]

* Some forms of pleasure are morally beautiful, and others, ugly. There are forms of victory which are balanced and just. Other victories lead to arrogance and defeat.

* Nature is generally harmonious because it lives according to the Law of the Universe, the principle of dynamic equilibrium. A correct life unfolds in accordance with the natural law in one’s soul.

* The direct experience of inner, unutterable peace depends on one’s Karma. A lasting harmony in thoughts, feelings and actions cannot be attained by a voluntary effort; however, a voluntary action can help one tune in with it. The sense of fulfilled duty, combined with a detachment regarding results, brings about true happiness.

* A good night’s rest comes to us in peace when we know that the duties of the day were well done and a nice sleep is deserved. In the morning, unutterable peace may be acknowledged as part of the atmosphere around us. Unspeakable peace is the result of the right sort of action: it belongs therefore to the various levels of Karma.

[2] Read in our associated websites the article “The Beauty of Abstract Truth”.

The above article was published as an independent text on 28 October 2018.  An initial version of it, with no indication as to the name of the author, is included in the June 2016 edition of “The Aquarian Theosophist”.