Thoughts Along the Road - 20

If an Individual Does not Look for
Lessons, then the Lessons Look for Him 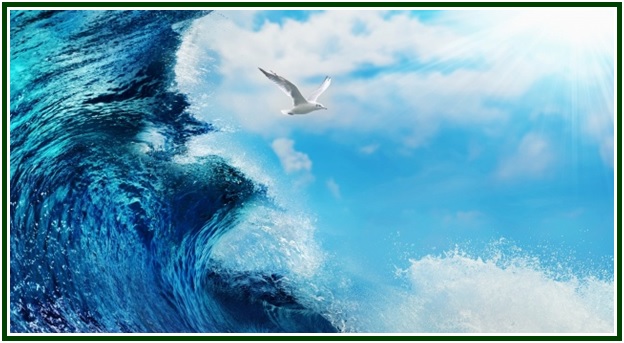 * One should observe the silence that surrounds sound, and the eternal space around the world of objects.

* When noise closes its cycle, wordless insights open the door to contemplation. Wisdom emerges and a mysterious healing takes place in mental and emotional silence. Our true self lives in the absence of sound - and in pure space.

* The Path is One internally, and as the Eastern wisdom correctly says: “There is no other path to go”. Externally, however, the roads are as many as the grains of sand at the bottom of an Ocean. At each step ahead, a new path opens with a hundred thousand potentialities which inspire the pilgrim and challenge his discernment.
* In order to see the essence of facts around us, it is necessary to stop thinking and feeling merely from a personal point of view.  And this is no mechanical process. One must quietly transcend the dynamics of one’s lower self. Such a step can be taken after one has acquired enough knowledge of the many contradictory aspects of reality. It is necessary to look at contrasts and paradoxes with a sense of balanced understanding and a detached, all-inclusive equilibrium, while firmly aiming at a sacred and noble goal.

* To be led by lower-self attachment or rejection is the same as being false to oneself, and results in frustration. A realistic view of things creates confidence in life.

* It is useful to check from time to time the ways one loses time and energy, from the point of view of the attainment of the higher self wisdom. While calmness and patience are good, in the absence of vigilance they lead to self-indulgence, which paves the way to defeat. A long-term view of life does not authorize us to postpone anything, nor does it invite us to forget the fact that the door to Eternity is always located in the Now.

* During the 19th century, a Master of the Wisdom said in a letter to a disciple that sermons can be preached even through stones. The idea means that one must learn to learn from everyone and from everything in life. The duty of the truth-seeker is to go beyond appearance.

* Wisdom may shine better in one who is not labelled as spiritual; and those who present themselves as too spiritualized are often thinking more about themselves than about a noble goal. Wisdom is not a person: it is an energy that transcends the narrow world of lower self.

* As soon as the student obtains a reasonable understanding of the original teachings of theosophy, he starts to find happiness while forgetting his lower self in the contemplation of universal truth. He leaves aside the world of selfishness. He wants to perform his duty to his own spiritual soul and to all beings. It is natural for him to act from a philosophical view of the world. From this moment on, his actions as well as his sincerity become especially uncomfortable - if not unbearable - to many around him.

* The world unfolds according to the law of tides. In individuals, as in civilizations, the cyclic renewal of life begins when the trend to decrease vital energies comes to an end. The gradual relief that follows that moment soon becomes a plurality of hopeful signs. Life expands again. The attitude ceases to be one of “resistance to adversity” and “buying time”. The aim now is “building that which is desirable”. And there is no hurry:  slowly, one makes the best use of available energies.

* Nothing can be said that replaces direct insight. And no insight or point of view can endure which has not been validated in one’s daily life, one way or another.

* The law of analogy can help one test his views. No true insight gets frozen in a closed belief system. Our views can only be true as long as they are dynamic. However, the universal tenets and the methods of work must be stable. We have to make decisions, and they are supposed to endure, if we want to go anywhere.

* Whenever a Society or Civilization is unable to renew itself from within, Life will have to renew it from without. If an individual does not look for the Lessons he must learn, then the Lessons will look for him; and they will find him. The same happens to theosophical associations: there is no escape from the Law.

* Wise are not those groups and individuals who pretend to know it all. Wise are those who humbly welcome new lessons, who pave the way to life’s self-renewal, and whose long-term goal is to improve themselves. Both individually and collectively, we must learn.

* When a community grasps its dharma and sees its duty, it comes to understand the essence of happiness. Then the feeling of the common project - coevolution through respect for all life - gets visible in daily existence as a shared experience. This is the springtime of a new cycle, whether it unfolds in a theosophical association, a city, a country, or human kind as a whole.

* The wisdom of the universe is present everywhere. It shines in trees, birds and stars. It flows in silence, and each individual can be a source of such a rebirth.

* The future of mankind does not depend mainly on political leaders, on economic trends or the policies of this and that superpower. These factors are secondary; they reflect and express more important realities, like the level of ethics of the average citizens around the globe.

* The degree of altruism present in human life defines the quality and substance of collective Karma.

* The lines of Destiny are not geographically uniform. The past and future of each nation and civilizatory tradition (Chinese, Japanese, Andean, Jewish, and so on) have their own specific character and substance, although each tradition is inseparable from the rest of human Karma.

* Propaganda is no education. To be informed of facts is not the same as having consciousness. Karma and education depend on right intention.

* Opinion is different from knowledge, and one cannot buy common sense in supermarkets. Political leaders who do not have altruism or wide horizons are like the moth of a day. On the other hand, the silent wisdom present in human hearts enlightens daily life and produces peace, across millennia.

* Acute pain disrupts routine and establishes an expansion of consciousness in the more concrete levels of life. On a collective perspective, also, karma may have to attain a certain “boiling point” before it transcends its old forms and structures and elevates itself, finally causing a decisive change for the better in the average perception of reality.

* Whenever there is a sense of “end of the road” in a civilization or human group, one must remember that this is the end of the road for the old routine-perception of reality: life never ceases to exist - it changes form.

* The numerous symptoms expressing the fever of Karmic acceleration in the 21st century result from the fact that Karma and Life are walking through a narrow uphill road, a path leading to a rebirth of ethics, and to a wider horizon.

* Feel no self-pity. Make no lamentation about the “difficult circumstances” around you, nor indulge in thinking that “life is unfair”. Get rid of the wrong states of mind caused by annoyances which you consider “surprising” and “undeserved”. Once established in an unconditional peace, you can see the One Cause of the various inconveniences, and the path to eliminate their source.

* There is no problem in your life that will not help you challenge your attachment to routine, your search for comfort, and your specific ways to reproduce unenlightened aspects of your past. But you must seize the opportunity. Take an honest look at events. Adopt an impersonal, oceanic view of any tempests in a teapot that may occur.

* From a nation to a family - including theosophical associations - every group of people must have some consensus at its basis. This is given by a set of common values and principles, a shared world-description, a guiding philosophy or collective purpose. All these factors produce a sense of communion and provide people with a basis for dialogue and cooperation. However, the tenets and views that keep the group together must remain open to an honest examination and reexamination, any time.

* In every country, city or group that suppresses honest dialogue, soon hypocrisy begins to be used as a social tool and political weapon. On the other hand, the healing is possible. There are three keys in expanding the sense of togetherness: sincerity, good will, and an open mind.

* You never know how long it will take you to perform a specific task of theosophical importance. Many actions which seem simple and easy to do get gradually complicated as you intensify your efforts to perform them. In other cases, things are easier than expected.

* Accumulated Karma is not easily visible. It can only be seen as we act and force it to come out from the invisible world. We may think we know enough about our own Karma; however, the fact remains that one’s Karma is like the air and atmosphere within one’s home.  Our house is not separated from anything. It has the same atmosphere as the city and the country. Ultimately its atmosphere is one with the atmosphere of the planet, which also changes as time passes. It does so according to the intensity with which the forests and oceans are destroyed, or preserved - among many other factors.

* Life is all the more interesting for the fact that each aspect of it constantly interacts with every other.  While remembering all that we have learned, we must open our minds, do our best in the daily existence, and constantly interrogate life as to its present and future lessons.

The above article was published as an independent text on 11 October 2018.  An initial version of it, with no indication as to the name of the author, is included in the March 2016 edition of “The Aquarian Theosophist”.