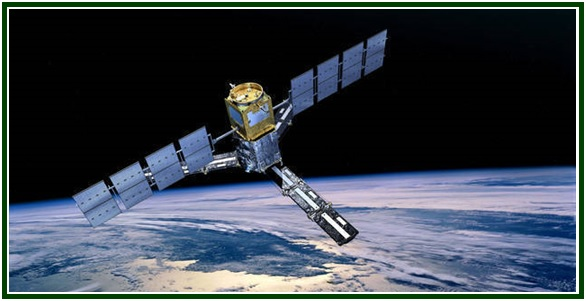 How can one avoid the danger of a nuclear catastrophe in the Middle East?  And what’s the role of prophecies in the danger?

There are painful words in the article “Lamas and Druses”, by Helena P. Blavatsky (1831-1891). She refers to an intriguing druse prophecy with regard to the change of cycle in human history.  It says that -

These sentences clearly refer to weapons of mass destruction, in a way that makes one think of atomic bombs.

Numbers in the prophecy are allegorical and symbolize the two halves - or two contradictory natures - in human soul and in human drama and history.  The figures “666” show that the destruction is unfortunate. The wording of the vision expresses the fact that there is a challenging combination of geological, psychic and spiritual lines of evolution.  The evolution of human soul is linked to the evolution of the planet in its geological cycles.

One should note that destruction takes place “when good and evil will come to an equilibrium in the scales of human actions (now evil is far the heavier)”.

This means that although unfortunate, worldwide destruction may be necessary from time to time in order to liberate mankind from suffering. In other words, it can help humanity get rid of older and useless structures of habit and Karma which cause unnecessary ignorance and suffering.

On the other hand, prophecies about catastrophes must not be understood as unavoidable snapshots of the future. They reflect possibilities or potentialities. They warn about dangers to be avoided.  If correctly understood, they will not have a self-fulfilling effect. One must see the lessons in the prophecies about catastrophes. It is our duty to look into the eye of the hurricane and remove the causes of destruction, before destruction occurs.  The knowledge of danger may work as a vaccine against disaster. A prophecy about atomic war helps ethical people to prevent such a cataclysm.

H. P. Blavatsky was no stranger to the Druze view of the world, for on April 10th, 1878, she wrote in a letter addressed to Mr. Peary Chand Mittra:

Interestingly enough, the druzes (or druses) now live mainly in Israel, Lebanon, Syria and Jordan, four Middle Eastern countries whose strategical situations have been altered by the danger of nuclear proliferation coming from Iran.

In the “Mahatma Letters”, we can see that there are Druze Initiates or “Brothers” who work in close cooperation with the Eastern Masters of the Wisdom and sages situated in other parts of the world, including Egypt. [3] Such wise men have an influence on human karma. They work through the centuries to reduce the element of pain in human evolution and learning.

The druse prophecy may apply to a distant future when the Deva Yuga will start, as HPB suggests in a footnote to “Lamas and Druses”.[4] However, it is a fact that smaller cycles have a living correspondence to larger ones, and prepare and anticipate them. Microcosm resonates with macrocosm, in both space and time.  The druse prophecy refers to a cyclic danger which challenges human societies once and again: the danger of self-destruction.

HPB says that the wording of the above prophecy is allegorical. If seen as a metaphor and applied to a higher level of reality than the physical plane, it can relate to the victory of truth which HPB herself anticipates for the 21st century [5]. The prophecy may be seen as referring to the sudden destruction of ignorance, in the minds and hearts of millions of men. Citizens of good-will have the honor of working for that to happen. It is their privilege to try and prevent unutterable amounts of unnecessary pain.

Another prevision of large scale use of weapons of mass destruction is given by H. P. Blavatsky in her mystic tale entitled “Karmic Visions”:

“NEW ERA: 970,995 YEARS SINCE THE INSTANTANEOUS DESTRUCTION BY PNEUMO-DYNO-VRIL OF THE LAST 2,000,000 OF SOLDIERS IN THE FIELD, ON THE WESTERN PORTION OF THE GLOBE. 971,000 SOLAR YEARS SINCE THE SUBMERSION OF THE EUROPEAN CONTINENTS AND ISLES. SUCH ARE THE DECREE OF ORLOG AND THE ANSWER OF SKULD. . . . .” [6]

“Orlog” and “Skuld” are Norse Legend characters symbolizing Karma. In this case, too, most dates and numbers are allegorical. However, it is interesting to note that, according to this account of the prophecy, Europe gets submerged five years after the widespread use of weapons of mass destruction. This would correspond to a realistic possibility for a geological scenario, after nuclear war. The widespread use of nuclear weapons would easily disrupt the delicate climatological and planetary balance of our earth.

The Trigger of Cataclysms

At this point one should examine the main factor periodically triggering the large scale destruction of a society, or civilization.

Is it the fact - like the Druse prophecy says - that Goodness and Moral Beauty have grown enough? By establishing a balance in the scales of Karma or Justice, do they provoke an adjustment and a change of Age? Yes, sometimes. Perhaps. But the trigger is not precisely the same on every occasion.
Higher planetary or nirmanakayan intelligences see the unity behind paradox. In the Mahatma Letters there is a reference to another trigger for cyclic destructions of planetary dimension.  These cataclysms can actually save mankind, which is in fact a collectivity of reincarnating souls.  They do so by preventing humanity from falling into unacceptable levels of bad Karma, or injustice.

Using the word “race” to designate the present materialistic civilization, with all its ethnicities, one Master wrote:

“When your race - the fifth - will have reached at its zenith of physical intellectuality, and developed the highest civilization (remember the difference we make between material and spiritual civilizations); unable to go any higher in its own cycle - its progress towards absolute evil will be arrested (....) by one of such cataclysmic changes; its great civilization destroyed, and all the sub-races of that race will be found going down their respective cycles, after a short period of glory and learning.” [7]

While pseudo-esoteric students anxiously reject any idea of a struggle between Wisdom and Ignorance, the long-standing battle between human soul and the obstacles to its evolution is clearly described in the Mahatma Letters (Letter XXIII-B, TUP edition, among other letters).

The ancient Taoist treaty “Wen-tzu” establishes a relation between collective levels of ethics, especially in the governing elites, and the destiny of civilizations. (See for instance chapters 15, 19 and 20.)

The Jewish and Christian Bibles and the holy scriptures of other cultural traditions follow the same lines.  The karma of mankind can be weighed comparing the numbers of “just men” to the accumulated mass of misery and ignorance.

According to the Jewish tradition, a small number of unknown righteous individuals - the Tzadikim Nistarim - is in charge of preserving mankind from destruction. The legend corresponds to the concept of the “Few” altruistic souls who actually make a great difference in Karma, as taught by H. P. Blavatsky. The same idea is mentioned with other words in the Christian Gospels, as in Matthew, 7: 13-14.

There is a creative tension in the effort to obtain a sufficient number of ethical citizens in the world, so as to prevent the need for a cataclysmic change.  No century is exclusively surrounded by dangers: every moment in history has also sacred potentialities which can be stimulated so as to avoid the need for destruction.

This is taught in the Jewish Genesis, chapters 18 and 19, and especially in the dialogue between Abraham and the Lord on chapter 18. The Lord of Karma and Justice tells Abraham that if he can identify a few righteous men, the city will not be destroyed. They discuss the numbers of decent people Abraham needs to find in order to avoid the cataclysm.

That part of the Jewish Tanakh contains decisive lessons for our generations.  A task is right now before the citizens of good-will in the 21st century.  It does not consist any longer of identifying 50, 40, 30, 20, or even 10 deeply honest individuals, as we see in Genesis, 18.

One’s duty in the present century is, first, to be deeply honest to himself, and to others. Once this is granted, one acquires the eyes to see, and other righteous citizens will become easier to recognize according to the criterion of natural affinity. In other words, each citizen who awakens to ethics has in himself an energy that sooner or later makes other ethical individuals become visible, or start awakening as he did. Such a chain reaction does more than avoiding a punitive Armageddon: it accelerates the rebirth of universal ethics and brotherhood.  However, Life demands a guarantee that the birth of a better society will not be premature. Just as the nativity of an individual, the emergence of a new civilization is a great blessing and a dangerous situation.

The Fourfold Placenta in Our Century

A karmic and cultural placenta, with its amniotic sac, has been delaying the birth of a globally fraternal civilization, as long as everything is not ready for it to occur.

The main purpose of the placenta is to nurture life within healthy limits and to postpone irresponsible changes: an ill-managed birth may become a catastrophe. When the time arrives, one of the signs of the labor leading to birth is the water breaking, when the amniotic bag which contains life during pregnancy finally begins to break.

Since the 20th century, the trigger for the birth of an entirely new phase of human development has been at least fourfold. The main aspects of its breaking point are these, not necessarily in the same order:

1) The dangers provoked by nuclear proliferation.
2) The environmental, climatic and geological crises.
3) The socio-economic and financial process threats to world order.
4) The spreading of spiritual awareness, or the awakening of cross-boundaries ethics and unconditional good will, together with a severe discernment and sense of justice.

The breaking point is one and manifold: its four main aspects interact and accelerate in connected ways. Their multidimensional dynamics is deeper than appearances: it can’t be easily perceived at the mere surface of events.

As we saw above, there must be a certain minimal number of sincere people who are conscious enough and committed enough to a healthy future, before the process goes beyond the threshold of danger and destruction, and proceeds along simple, healthy lines. It is not the quantity but the quality and the resolve of these ethical people that makes the difference.

After the critical mass of righteous men is attained, the prophecies regarding worldwide destruction will be rightly interpreted as lessons, warnings and landmarks along the road to wisdom. They will be recognized as metaphors indicating the self-destruction of organized ignorance. The event opens the doors for mankind to attain a better and higher level of evolution.

[2] “The Theosophist”, Adyar, November 1965, p. 86. The message was published under the title “Unpublished Letters of the Founders”.

An initial version of the “Old Prophecies and Atomic War” appeared at “The Aquarian Theosophist”, September 2015 edition.  The article is also published at a theosophical blog in “The Times of Israel”:  http://blogs.timesofisrael.com/old-prophecies-and-atomic-war/.

See here a two-minute video produced by our associated websites: