The Philosophy of Respect

An Invisible Key Opens the
Door to Good Will and Cooperation 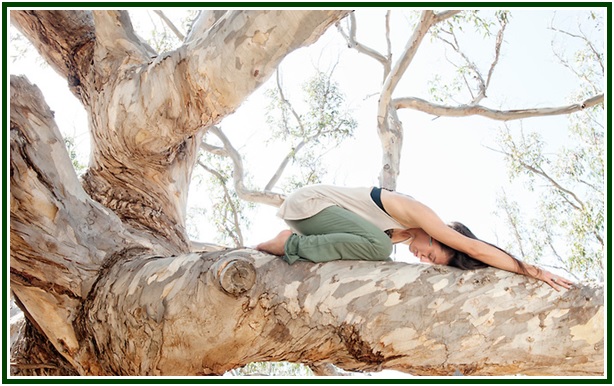 The accumulated experience of those who search for truth indicates that adhering to fancy creeds and blind belief is far from helpful.

A pioneer of the brotherly civilization expected to emerge in due time must study and understand himself in the first place.

Psychology, defined as the knowledge of the soul, plays a central part in human evolution. Every friend of mankind and the planet has to examine his own wisdom and ignorance, and solve the mystery of how to establish right relationships with his fellow beings.

Vision is better when universal, while action needs to be more specific. It is correct to paraphrase Terence and say: “I am a human being, and nothing human is alien to me.” Yet Epictetus is also right, and “every individual must act mainly on that which depends on him.”

Our practical attitude towards life inevitably influences others, especially if our soul is present in what we do. We change the world by changing ourselves and the way we interact with people. Tools are available to do that.

A few decades after Sigmund Freud, the Transactional Analysis expanded in the 1960s the common sense of the psychological approach to human relations. Best-sellers like “I’m OK - You’re OK”, by Thomas A. Harris, popularized an accurate knowledge of the ways to find balance and harmony, while promoting an attitude of sincerity in daily life.[1]

In more recent years, a new wave of psychological awareness discusses the danger of dehumanization in interpersonal interaction. It uses the concept of “bullying”, usually defined as “the use of force, threat, or coercion to abuse, intimidate, or aggressively dominate others”. Patricia Evans is among the best-selling authors of books about verbal abuse.

There is much to do along these lines. If we look beneath surface, unfair hostility is easy to find in human relations, both intimate and social. Our civilization faces a collective disease involving the habit of mutual contempt and a growth in destructive views of the world.

In human experience, personal verbal abuse is connected with wider forms of abuse that take place on economic and social levels. Emotional disrespect is both a cause and an effect of political, financial, cultural and religious forms of injustice, oppression and contempt for life.

War is a form of scorn for human existence. Terrorism is another. And when big bankers and politicians develop occult partnerships with drug-dealers and merchants of weapons, they act to expand the irrational tendencies present in human soul.

The forms of abuse are countless and many of them are not easy to see.

Human soul is contradictory. A sincere spiritual pilgrim may secretly nurture a feeling of envy or a desire for revenge regarding his fellow truth-seeker. The husband may verbally abuse his wife, or suffer unjust criticism. Parents may be too aggressive to their children or make other unfortunate mistakes. A child can be unjustly hostile to his fellow children. A spoiled boy or girl will mercilessly manipulate grown-ups.

While many forms of aggression are explosive, others can be subtle and implicit. Psychological abuse is often disguised and even subconscious. There is no easy evidence about it: a silent ill-will may be enough to cause profound harm to people. Yet all forms of abuse result from ignorance. They come from innerly powerless people who want to make others become just like they feel they are: blind to truth, unable to love, deprived of soul-energy.

It is the duty of citizens of goodwill to fight such a multiple chain of causation. There is a time for ignorance, and a time for the rebirth of wisdom. The whole network of causes and effects of negativity can be observed, understood and transcended.

Blind faith and dogmatic religions seldom offer solution to the challenge. They are a major part of the vicious circle of misunderstanding, for religious fraud and pious lies are forms of subtle abuse themselves.

Attachment to mystical delusion constitutes a primary obstacle to contact with one’s soul. False hopes produce angry forms of frustration, and he who hates another hates himself in disguise.

The joy of suffering and making others suffer is good for nothing. The sick pleasures of sadomasochism and mutual aggression must be abandoned. However, appeasing those who worship hate and intolerance is not the way to achieve that. The road to peace needs strength and firmness. Destructive forms of interaction can only be defeated if one acts from a solid basis and has an iron will.

Common sense is a must. The root-source of contempt for others is the lack of discernment of what is true and what false. It is also the absence of a deeper self-respect.

An invisible key opens the door to good will and cooperation. The soul-revolution depends on expanding the connection to our own immortal spirit. People who are in peace with themselves will tend to be in peace with the others.  The sense of individual responsibility for our own life brings about brotherhood among all.

There is an essential identity among philosophy, ethics and psychology, defined as self-knowledge. An accurate awareness of oneself implies the knowledge of all human beings, on an inner, essential plane, for the myriads of souls are One in substance and everyone is a mirror to each other.

The tenets of a humanistic philosophy are practical tools: they must be used to attain direct experience of universal wisdom and to share it. No group, no party, institution or philosophical school is above criticism. It is nigh time to wake up from the corporate dreams which usually turn out to be bleak bureaucratic corridors in ideological nightmares.

Wherever good will is associated with an accurate discernment and a long-term view of life, justice and common sense are possible. There is a sociology of the spirit. The day self-respect prevails in every Middle East community, terror will no longer exist in that pivotal region of the world. Intercultural brotherhood will have spread and Israel will be recognized as a friend by every nation.

The universal key of mutual respect opens the door to peace in all levels of life. Self-knowledge, individual and collective, is the same as perceiving the Law of Equilibrium. Such a direct wisdom poses a threat to bureaucratic structures.

In Judaism, as in mystical Christianity, Theosophy, and Eastern philosophies, understanding truth is an immediate process. Ideology and propaganda do not help. A commentary to the Jewish Pirke Avoth says: “The Jew (…) has no need for intermediaries, and he is not confined to approved channels. He comes to the synagogue or he prays at home, and his sincere prayer will reach Heaven directly.” [2]

Every philosophy and religion must make sure it is free from short-term politicking or mere slogans and constitutes a federation of researchers who look for truth while helping one another.

A Few Lessons from Ancient China

It is wrong to pay undue attention to appearance. Yet the habit of good manners has its importance, as we learn from the wisdom of ancient China. Honest and moral patterns of behaviour build an atmosphere of respect for life, in which Reason can be heard and Peace is a natural result.

“There is a closer relation between good manners and peace politics than one might think”, said Lin Yutang. “Guide the people with administrative measures and regulate them by the threat of punishment, and the people will try to keep out of jail, but will have no sense of honor. Guide them by morals and regulate them by good manners, and they will have a sense of honor and respect.” [3]

Destructive impulses are present in human soul and social interaction. Civilization cannot be taken for granted, and Yutang writes:

“The psychology of peace politics is simply this: rough people fight; courteous people don’t. Fighting is a social and international disgrace. Courteous men fight sometimes, and when they do fight it is certain that the other party is a barbarian or he is living in a barbarian world with barbarian neighbors, where good manners do not avail.  Only good manners, according to Mencius, distinguish men from the beasts.” [4]

“Be careful not to interfere with the natural goodness of the heart of man.” [5]

The energy of good will enables people to act wisely and build a bright future. The philosophy of respect leads to brotherhood. Mutual assistance is the main rule in every department of life. Piotr Kropotkin was right, and Charles Darwin forgot to say that competition is a secondary factor. Cooperation constitutes a collective privilege and a natural law whose practice everyone can stimulate, anywhere, all the time, with due discernment.

[1] On Transactional Analysis and Esoteric Philosophy, click to see the article “The Theosophy of Namaste”.

The above article was published in our associated websites on 28 September 2018, and can be seen in our blog at “The Times of Israel”.

An initial, anonymous version of “The Philosophy of Respect” is part of “The Aquarian Theosophist” May 2015, pp. 4-5. Original title: “How Kindness Defeats Aggression”.