Thoughts Along the Road - 18

Voluntary Austerity Helps
Us Adopt a Wise View of Life 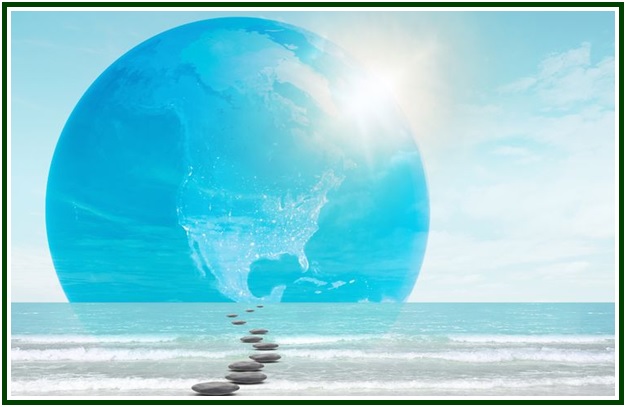 * All things are surrounded by peace, space and silence. It is helpful to remember that. To each existing being there is a corresponding atmosphere which both contains and transcends it. The spatial term “Emptiness” corresponds to the acoustical concept of Silence. In voidness, loss and detachment one finds wisdom, the meaning of things, and the purpose and harmony of every effort.

* The Jesus of the New Testament, as Helena Blavatsky clarified, is the symbolical voice of everyone’s spiritual soul. And such a voice says: “If anyone wishes to come after Me, he must deny himself, and take up his cross and follow Me. For whoever wishes to save his life will lose it; but whoever loses his life for My sake will find it. For what will it profit a man if he gains the whole world and forfeits his soul?” (Matthew 16: 24-26)

* It is by “dying” to material things or “accepting the void” that one can live indeed, and do so in a lasting way. The lower self has to “face the absolute nothingness of its life” for the higher self to flourish in anyone’s existence.

* Mental and emotional silence liberates us from automatic chains of thought. By noiseless and alert, the pilgrim’s mind is able to contemplate truth from the point of view of that freedom which he obtains by transcending short-term thought.

* One of the paradoxes in life is in the fact that you need constant self-preparation, in order to be able to forget yourself. Thanks to self-respect, self-knowledge and self-control, one can leave his personal “self” aside and deal with more important issues.

* Each time one’s consciousness transcends in waking state the process of perceiving physical and psychological objects, one discovers the hidden bliss dwelling in the “void” level of mental Space. Then one attains to wide horizons and elevated levels of life perception, and every noise of individual consciousness gives way to the music of silence.

* Five people who know what they want and who patiently work for the good of mankind are more influential on an essential plane than five hundred misinformed individuals, or five thousand confused minds.

* If the tasks one is supposed to perform each day grow in number and multiply, then an unconditional calm must be evoked, so as to keep the necessary peace and order in one’s inner world.

* Good results emerging from one’s work and efforts may be highly probationary if one’s sense of mission is attached to outward duties. Detachment protects one from a mechanistic view of his own task. The priority is always listening to the still, small voice of the conscience.

* It is no use adopting a form of spirituality which denies or runs away from the difficulties of life. The original teachings of theosophy agree with that. Universal wisdom can only be grasped in one’s daily existence, and an integrated view of the world is necessary.

* In the cycle of 24 hours, one meets failure, ignorance and fear. True philosophy enlightens and transcends every feeling and hope in human soul. Learning to be a theosophist means looking at everything from the point of view of that level of consciousness, in one’s heart, which does not die, and is not born.

* The balanced pilgrim who seeks for truth must have the audacity of those who are personally ambitious, combined with the self-forgetfulness of him who does not want anything for himself.

* Appearances deceive most people. The firmness and the detachment of a pilgrim will shine in different moments, and they may be invisible to all around him. Generous courage is often seen as arrogance, and humbleness, as absence of value.

* True wisdom has no owners and is not easily detected. Divine knowledge is like the air one breathes: invisible to the many. And only the wisdom in oneself can see wisdom in others and remain free from blind faith.

* Superficiality often expresses itself through a feeling of hurry and a sense that there is not enough time to do what must be done. A deep standpoint shows the needlessness and uselessness of anxiety.

* An attempt to artificially accelerate outward events indicates that the pilgrim did not grasp the true rhythm of life and is not in harmony with it. A careless acceleration of events produces loss of time and energy. On the other hand, the wise use of time avoids both procrastination and haste.

* Concentration is the ability to establish one’s whole consciousness in the heart, and this can be done while paying attention to one’s active duty. Thoroughly fulfilling our duty means performing it with no expectations of personal rewards. Right action can be as quick as light, and as firm as a rocky mountain facing gentle winds.

* The practice of voluntary austerity, or “tapas” in Sanskrit, helps those who try to adopt a wise view of life. As the student of theosophy develops a higher sensibility, he must consolidate stable and healthy habits on the outer layers of existence. While his central focus shifts from the outward aspects of life towards subtler rates of vibration, he has to establish himself in sane patterns of vibration so as to be protected by the good karma of his present and past actions. The building of such rhythms in life will combine with the unfolding of his new and finer perception. The pilgrim is protected from Illusion by Tapas.

* As long as anyone’s contact with his immortal soul is alive and strong enough, he has the courage to see the facts of life in a severe way, and at the same time he maintains a positive attitude towards the future. Others may then consider him an optimistic. If however one gets negative regarding his future as a soul, or pessimistic as to the future of mankind (or his country), he should re-examine his relation to his own higher levels of consciousness. He ought to expand that contact. Our view of the world is a mirror to the state of our soul.

The above article was published as an independent text on 18 May 2018. An initial version of it, with no indication as to the name of the author, is included in the January 2016 edition of “The Aquarian Theosophist”.