The Short, Inspiring Life of a Great
Pioneer of Theosophy in Spanish Language 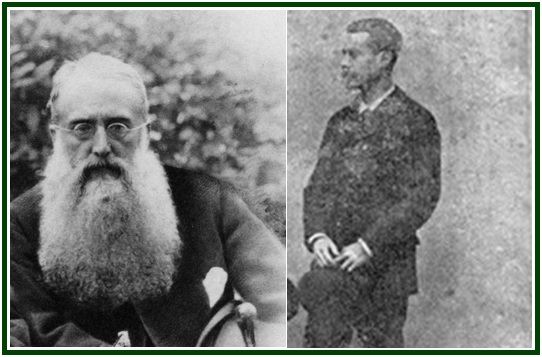 Francisco Montoliú, the great pioneer of the theosophical movement in the Spanish-speaking world, was 31 years old when he passed away on 10 May 1892.

One month before his death, Montoliú had a letter published by Henry S. Olcott in “The Theosophist”, in which he said:

“I wish our Indian brothers to know that in Spain we give our greatest attention to spreading a knowledge of Theosophy broadcast rather than to organizing Branches. In a country like ours, which is more Oriental than Occidental in character, the very few individuals who are active and devoted to the Great Work, would find themselves hindered rather than helped in their activity by local organizations; if they formed them under the delusive hope of making them as perfect as they should be, they would find themselves confronted by two formidable foes. Indolence and Violence - two extremes which may be said to dominate the Spanish temperament.”

“The two Theosophical centres, Madrid and Barcelona, are alone formed, by natural affinity - one might say Karmically - yet they are very solidly established. At Corunna the influence is beginning to come to a focus, and one sees the germs of future Branches showing themselves in other places. Here (at Barcelona) our Theosophical lectures are well attended, but I am afraid that if many like to listen, few seem ready to work or to train their memory to retain what is said. As regards our publications I need not speak, since they have already been noticed in the Theosophist”.[1]

To this, Olcott added a commentary:

“If one would estimate the enormous obstacles that our Spanish brothers are daily opposed by, let him read the religious history of Spain and the observations of contemporary travellers upon the condition of the Spanish Church and churchmen. They are in reality heroes of a Theosophical Forlorn Hope, and have already earned the respect and gratitude of all their fellow-members by their gallant assault upon national prejudice and conservatism. O.”

Life is cyclic, and it demands courage.

In the 21st century, the theosophical movement may undergo another beginning when people around the world awaken to universal wisdom and reject religious bureaucracies. The new generations of theosophists will have reasons to cherish the inspiring life-examples left by Francisco Montoliú and other pilgrims.

Our cause in Spain has just suffered a most serious loss in the untimely death of Señor Don Francisco de Montoliu y de Tagores, F.T.S. of Barcelona. So far as our propaganda in Spanish-speaking countries is concerned, the blow is of only less severity than the departure of H.P.B. to the whole Society.

Thanks to his rare genius, industry and self-sacrifice, our literature was beginning to be spread and be welcomed throughout Spain, Mexico, Cuba, Central and South America, the Philippines and the West Indies. He had translated into classical Spanish “Isis Unveiled” and other important theosophical works and was publishing the former by subscription in monthly numbers.

From his aristocratic and bigoted Roman Catholic family he met with angry opposition and yet threw himself into the arduous work of our Society with generous self-abandonment and quenchless zeal. Every one of his letters to me breathed the holy influence of unselfishness and a courage not to be daunted by opposition.

Looking throughout the whole Society, I could pick out no one more devoted to conscience, more ardently loving for mankind, more free from local and sectarian narrowness. His death was entirely unexpected. An unanswered letter of his was lying on my writing-table when the touching official and personal notice of the calamity came to me from our beloved friend, his colleague Señor Don José Xifré. The circumstances of his death-bed were mournfully tragic.

He left us on the 10th May after a week’s illness, caused by catching a cold on his chest which turned into typhoid fever - the result, I fear, of nervous exhaustion from overwork. Señors Xifré, Roveratta, Bosch and Das were present to the end at the wish of our dying Brother, in spite of the insults heaped upon them and him by the family and the Jesuit priests.

“The death” - says Señor Xifré - “was admirable, an example which none of us can ever forget.” Despite all the dictates of propriety and deference to the wishes of the dying Theosophist, the priests made a sectarian ceremonial, which seems to me to have been, under the circumstances, nothing better than a profanation of true religious feeling, and then spread the cruel falsehood that the victim had been “converted”: the usual dodge of the clergy to cover defeat in the case of nearly every freethinker. Our watchful Fellows with difficulty managed to save the more important among Montoliu’s T.S. Documents; the priests - poor, blind fools who have learnt nothing from history! - seized the rest and burnt them to ashes.

Far from sitting idle in blank despair, our surviving Spanish comrades have instantly taken up the torch as it dropped from dear Montoliu’s dead hand, and I have received a circular requesting that all correspondence concerning the Theosophical Society may be addressed as follows: Redacción y administración de los Estudios Teosóficos, Calle Tallers, 66, Barcelona, Spain.