Thoughts Along the Road - 17 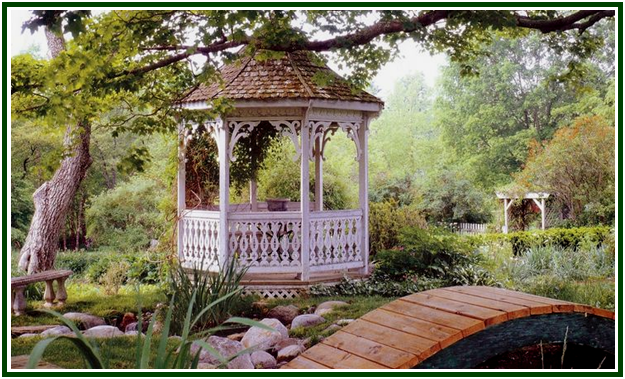 * The acceptance of a void psychological space liberates the soul. “Emptiness” is blessed. The pure intelligence of no-thing contains the manifested universe: all numbers are present in the zero, and every sound will be found in silence.

* Perhaps it is because souls have no physical weight, that the path to heaven is made of Void Space. By “having nothing”, id est., by honestly acknowledging the fact that we ultimately “possess” nothing, we can get to be consciously one with the Cosmos and its Law.

* Eternity is here and now.

* Where does the here-and-now flow? It exists in eternity. We live in infinite time. However, it is not correct to leave for tomorrow what we can do today.

* Each moment must be complete in itself. Balance and equilibrium are necessary in everything.

* One must not leave for others to do that which one can do by oneself.  Love includes severity, friendship needs frankness, and dialogue is about listening as much as about talking - perhaps even more.

* A sense of peace comes from simplicity of heart. An open mind results from perceiving life’s unity. A strong intellect needs purity of emotions, and true blessings can be received by those whose souls are like the soul of a child.

* There is an invisible equilibrium between the earth and the sky. The more one acquires, the more one must give up or renounce. There is no such thing as obtaining something - especially on the spiritual plane - without leaving aside something symmetrically opposed to that.

* Confidence in the future must be associated with a respect for the past and an ability to learn from it.

* A courageous dialogue prevents war. The most diverse nations, cultures and systems of thought will learn from each other during a long-standing debate. Contrast is culturally and spiritually enriching. The best remedies to ignorance and hypocrisy are an open mind, frankness and tolerance regarding the paradoxes and conflicts between different views.

* The quality of detachment or independence from routine and circumstances allows the pilgrim to know better than obeying to mere outward forms of mechanistic discipline.

* While a daily effort is necessary to expand one’s identity with the law of the universe, it must be a creative and living effort, not a frozen repetition of blind actions.

* Our daily practice will become a natural process if we have a clear sense of duty towards mankind, and to Those who work for its deliverance from unnecessary pain.

* Peace of mind expands little by little as a result of continuous right intention, correct action, and detachment regarding circumstances.

* One must remember that a noble project will have to challenge and will be challenged by increasingly large circles of ignorance or negative karma. The blessing is mainly internal.

* The evolutionary purpose of facing renewed challenges is to attain higher levels of understanding. While obstacles are temporary, the lessons learned endure.

* Every Life is a combination of different cycles, and human beings exist in many interlaced lines of karma and of time, often contrasting with one another.

* There is a chain of interdependent causes, a virtuous circle that leads students to a perception of universal truth. Such Nidanas of spiritual path can be described in various ways, the following being one of them: “1) The right point of view deepens the effectiveness of attention; 2) The right kind of attention produces understanding; 3) The right understanding leads one to freedom from blind attachment or rejection; 4) Freedom from blind attachment or rejection expands one’s affinity with wisdom; and 5) The affinity with wisdom provides the pilgrim with a point of view regarding life that improves and expands all the time.”

* The student of esoteric philosophy learns how to plan and develop actions that have harmonious effects in the higher dimensions of space and time.

* Planning is part of life, and a higher planning results from a wider knowledge of time and space.

* There is a Plan of Evolution. The Universe does not move by chance.  One’s actions and point of view must transcend the blind routines of superficial space and short-term time.

* While esoteric philosophy uses words, it cannot be grasped or transmitted at their level only. In theosophy, concepts and phrases are the outer vehicles for true understanding.

* Words are the messengers of truth, unless they are its jailers. Ideas and sentences can point to facts; they can’t replace them. Utter sincerity is needed in actual communication. It is by being one with the object of understanding that we can learn about it.

* The Yoga of Patanjali teaches that one’s mind and soul take the form of whatever they focus or concentrate upon. A narrow mind is that which gravitates around narrow subjects. A wise mind is so because it is focused in universal realities and law. As a result, the calm study of classical theosophical books has powerful practical effects in one’s life. Its revolutionary consequences are not necessarily visible in the short term.

* There are challenging aspects in studying the theosophy of cosmos and the long-term evolution of our mankind. The very substance of one’s mind must gradually change during study. Some universal ideas can only be grasped by a mind that is simultaneously broad and finely tuned.

* The ethical tenets of theosophy liberate a student from illusory points of view and allow him to fully understand esoteric philosophy. As the pilgrim studies, his view of the world broadens little by little; his life gets simpler, and he begins to learn the true alphabet of mystical perception.

* Creativeness in theosophy implies a degree of indifference regarding all things material, and determination to open a path where there is no visible path yet. Creative action is not an obvious process to see. It means accepting routine as long as it is harmless to the process of life-renewal. A creative individual is unconditionally patient. Having a deep relationship with Time, he changes those circumstances which must be changed. He does so when a real improvement is possible. Small initiatives, in the right direction, often become major transformations.

* Duration has its own cornerstones. A student who knows where he is going is able to provoke sudden change, provided that 1) the karma of a situation demands it, 2) the timing is appropriate, and 3) the change will lead to an enduring improvement of life.

* It does not make a great difference how much “knowledge” one thinks one has. The meaning of knowing is in what we do with whatever knowledge we may have.

* Spiritual awareness is non-verbal. It can only be obtained by those who deserve it, and as long as they do so. Others are limited to the wording of spirituality, and often to wrong and distorted wording.

* Right action makes us deserve real wisdom. As we use our knowledge in the proper way, out of right intention, it expands.

* Reading is not a merely physical, formal or “logical” event. It is potentially a septenary process; something that unfolds simultaneously on seven levels of consciousness. Through reading texts written by great sages, one can get in tune, as much as one’s soul is entitled to, with the vibrational patterns of Universal Knowledge.

* The tuning in with the inner aspect of texts which convey spiritual perception often occurs during the silence between one idea and the next. In such a silence, the understanding brings about unity between the observer and the truth being observed. Yet there is another silence which takes place all the time, above the logical succession of the reading. This higher and uninterrupted level of silence can also be part of one’s conscious experience.

* A countdown is ticking. As announced by Helena Blavatsky in the 19th century, humanity is fast developing new mental abilities. However, consciousness of the process is still scarce. The amount of spontaneous telepathy among people expands. The conscious use of the power of thought quickly spreads. Lower kinds of intuition emerge. Citizens are getting more and more sensitive to the astral world, and their worldview is still materialistic and selfish, if not increasingly so. This might be a recipe for disaster, unless Ethics emerges as a healing factor and the souls realize that people must peacefully sow whatever they wish to harvest later. In this, the daily practice of each citizen makes the difference.

* There is a higher form of pleasure in studying the book “The Secret Doctrine” and understanding little by little the way the Universe works, and the manner Life unfolds in one’s soul and the soul of everything. Something in us starts to die, and something starts to live. An awareness is born of our essential immortality, as we understand that we partake of the essence of every star and of limitless cosmic Space.

The above article was published as an independent text on 3 May 2018.  An initial version of it, with no indication as to the name of the author, is included in the December 2015 edition of “The Aquarian Theosophist”.