Thoughts Along the Road - 16

The Sense of Divine Produces Calm: a
Perception of Eternity Liberates from Desire 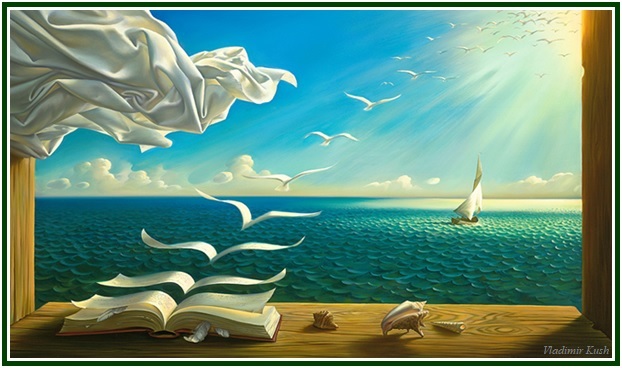 * One thing is worthwhile remembering: that whatever we sow is more important than that which we harvest.

* The joy of living needs no external reasons to be strong: it results from the spontaneous contact with the spiritual soul and the law of the universe.

* Life has its tides. The foundations of an enduring happiness are based on the inner strength with which we face hard moments. On the other hand, victories last longer when seen with gratitude and humbleness.

* Inner plenitude transcends conventional thought. The light of universal unity and friendship shines from one’s heart with no need of words. Once that happens, Miguel de Molinos wrote that words can be abandoned in the same way as a ship is left aside when we arrive at the destination port.

* Renunciation, or the art of accepting one’s losses, is not something that one must learn once or twice in a lifetime, during an abstract and intellectual study. The lesson must be learned hundreds of times, often in painful and unexpected ways.

* It is relatively easy to win. Everyone does that once in a while, whether one deserves it or not. The important thing is to consolidate the victory. It is valuable to see the victory taking place at every moment, at each task well done, each sincere word spoken.

* The correct vision of one fragment allows us to understand the whole. A right perception of the whole makes it possible to see every fragment.  For the circle is present in the dot, just as the dot is present in the circle. And each time we look, we can see reality a little better.

* There are various ways of being where we want to be. Through the ideas present in a library one can travel to the most interesting places in space and time, and listen to some of the wisest souls of mankind.

* Personal favors do not occur on the higher planes of the spiritual path. The path is ruled by the Law. Every blessing coming from divine realms must be therefore the natural result of one’s merit, or it will have no validity.

* It is not enough to make an effort to walk in the right direction. One’s actions must be effective. There is a mutual correlation between the tree and the fruit. The steps of a pilgrim who knows enough are guided by a clear vision of facts.

* The silent center of peace in our conscience informs the quality and rhythm of thoughts, emotions, actions and insights. The wider and deeper our contact with such center, the more meaningful is our presence in the world around us.

* One’s conscious and subconscious relation to the past is a powerful factor in defining exactly how one relates to the present circumstances. It also influences the way one is preparing right now his own future, while helping shape the future of others.

* In theosophy, sometimes a spiritual lightning takes place. During a meditative pause in the middle of the noble effort, an unworded, abyssal happiness may come to you and transform your whole life in the fraction of a second. And this is an experience to which you must develop no attachment whatsoever.

* Managing situations in a responsible and creative way can be more important than the nature of situations in themselves. In many cases the facts of our lives make less difference than our decisions about what to do once we know of them. To build the future is a central task. The present moment contains the past and is the raw-material from which to make something better.

* Attachment to personal opinions is a stumbling block in the search for truth. Another obstacle, perhaps even more serious, is the absence of attachment to ethical principles. The key to progress is in listening to the silence and the soul. Our main leader and ultimate authority has to be the voice of conscience: then truth can be discovered, and it will occur by degrees and layer after layer.

* Let us not be naive or ill-informed: there is no reason to deceive ourselves into the materialistic illusion. Just as each atom is a miniature of the solar system, a small step contains the essence of the long walk. One who saves a single animal from death or danger helps the evolution of our planet. As one plants a tree or cares for her, a trend is established of friendship for Life which can resound around the globe.

* Exaggeration threatens the durability of the efforts made. Actions of moderate intensity allow us to work in the present without forgetting the future. Calmness is a characteristic of enduring and effective action. No work, however noble and altruistic, should suppress the repose necessary for it to renew itself and to keep unfolding in a long-term perspective. The right amount of silence and humbleness helps moderation take place.

* There is a reason for the work “The Secret Doctrine”, by H.P. Blavatsky, to be centered on two sets of Eastern verses whose inner beauty is unique. Most classic works on eternal wisdom - including “The Voice of the Silence” - exist in a universe which expresses the transcendent, all-inclusive and rhythmic harmony of life. That includes the scriptures of different religions, and the myths of most nations. The substance of life, both cosmic and individual, has much in common with poetry. Whoever cannot see this deserve the solidarity of those who have already attained a better view of things.

* As long as the experience of detachment remains painful, one’s efforts to develop it are too limited in their horizon and progress is relatively shallow. True detachment comes to us as relief. It results from a wide understanding of life and makes it expand further.

* Necessity is our Teacher. Renunciation is Bliss. If life gets quicker every day, there is a practical lesson to learn. By revising the agenda and giving up items of secondary importance, one keeps his inner quietness. Peace in the soul connects us to the true center of Life. Improving the agenda and keeping it around essential points is good for altruistic groups, as well as individuals.

* A continuous acceleration of karma and life is not a good omen. Anxiety does not lead to truth, balance or discernment. Life is slow in its building processes. That which is made in no hurry, will endure if correct. The sense of divine produces calm. A perception of eternity liberates from desire. These facts correspond to Law. Yet - how easy is it for our civilization to accept them, and act accordingly?

* Thinking too much of mistakes is not the way to get rid of them. Making believe that failures do not exist or forbidding oneself and others to mention them is also not the path.

* Something between 70 and 95 per cent of our energy must be concentrated around the clock on the positive pole of life’s electricity, or constructive thinking. With the lesser part of our energy, we must rigorously look at errors, mainly our own. It is our duty to leave aside subconscious attachment to mistakes, and the habit of criticizing them. The best way to defeat error is through right action, and by building that which is correct. A critical vision of things is also crucial to victory as long as it is associated with detachment, and compassion.

* Before a pilgrim says much regarding philosophical matters, he must examine the consequences of such an action; and not only its immediate effects, but the long-term consequences as well. Is he ready for all of them?

* To renounce personal expectations as to results of actions is not the same as being thoughtless regarding the consequences of his efforts. Far from that. While not acting for selfish ends, the student of true philosophy must be most careful of what he does.

* The grand rule of occult learning is that as long as one learns, one faces ever-renewed, unexpected tests. The learning takes several lifetimes. One must have a long-term plan of action. Self-regulation is a decisive science in life; and so is full attention, in order to discern right from wrong as much as one can.

* Purity of mind is the Zen sword which enables us to see and cut illusions. Discernment regarding things in life and the esoteric movement must be attained gradually. Any “instantaneity” is mayavic.

* Little by little one can see what is true and what is false, who stands for walking towards truth, and who stands for posturing, insisting in make-believe and in smiling as whited sepulchres do. No one can tell a student about that: he has to come to realize the topography of life by himself. Proofs can be shown, but discernment must emerge from within. As to individual pretenders, compassion is due, while an impersonal severity is necessary regarding falsehoods as such. Pretenders exemplify the failure of a certain Pedagogy. They have forgotten that sincerity is a blessing. They might be able to learn better, sooner or later, from the example given by the ones who refuse falsehoods.

The above article was published as an independent text on 28 April 2018.  An initial version of it, with no indication as to the name of the author, is included in the November 2015 edition of “The Aquarian Theosophist”.