Thoughts Along the Road - 15

As We Write New Pages in Our Individual
Book of Life, Actions Say More than Words 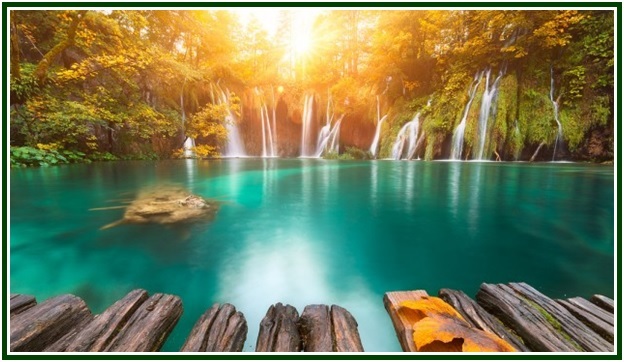 While constant postponement
expands suffering, a timely, noble
action is the source of lasting peace.

* The search for Truth cannot be submitted to political or institutional goals, however noble these may seem to be in appearance.

* Bliss results from having courage to love truth in all its aspects, which are often surprising; and not from running away or denying facts that happen to be unpleasant.

* The peace that an individual wants to find must be built by himself within his soul. After that, harmony can be slowly transmitted to the outer world, according to his inner strength and to general karmic conditions.

* In the silence of our soul we find the road to follow. The intensity of external noise makes no great difference: the voice of the conscience is the light on the path.

* The act of continuously expanding our horizons is as important as the fact of developing self-control, or of attaining self-knowledge. These three factors are inseparable.

* While constant postponement expands suffering, a timely, noble action is the source of lasting peace.

* As time passes, new tasks emerge. If we fulfil our duties today, it will be easier to fulfil them tomorrow, and the day after. Contentment is the result.

* Reality is both paradoxical and symmetrical. There is nothing new under the Sun: the one Life of the cosmos is eternal. However, it is also true that life renews itself at each new fraction of a second, for those who have the eyes to see.

* As we write new pages in our individual Book of Life, actions say more than words. Deeds and thoughts should be directly connected. They all must express one’s real intention, so that the immortal soul becomes an active co-author of life’s book.

* It is worthwhile to interrupt a few times our activities during the day, in order to get silently together for some seconds with our own spiritual soul, and to strengthen our relation with the center of peace in our consciousness.

* Every country can be made to offer its inhabitants valuable opportunities along the path to wisdom. Good will and discernment are decisive tools for everyone to observe reality. If I am aware of the sacred potentiality within myself, I can see the divine seedlings present in the community of which I am a part.

* In the beginning you have to pursue quietness. When peace becomes a part of your inner life, it follows you wherever you go and keeps by your side as you fight the daily battle of right action. However, it will be necessary to preserve a degree of quietude and simplicity in the material world, in order to expand the soul’s contentment.

* There is a principle in the philosophy of self-responsibility which seems to be very simple. It is not new. It has been taught and learned for millennia, yet it is not easy to live by. It says that one should calmly do the best one can each moment, with equilibrium and goodwill towards all, and obeying only to the voice of his own conscience.

* Materialistic illusions are easier to face and to defeat than the “spiritual” ones. Hence the need for discernment to be developed side by side with each spiritual quality that one may want to achieve. Laziness and fear, for instance, can disguise themselves as the loftiest wisdom. However, perseverance in learning will in due time unmask every falsehood and teach us detachment.

* It is a brotherly action to be severe regarding the mistakes of those toward whom we have good will. It is a destructive policy to be indulgent with the mistakes made by people who are important to us. Friendship and brotherhood require vigilance. A noble intention is not seen on the surface: it depends on the quality of one’s goal, on the amount of sincerity, and the ability to be self-responsible.

* Four main aspects of the totality of human existence are sleep, dream, waking state and contemplation. The last one corresponds to the awareness of our higher levels of consciousness.

* For most people the main polarity in living states is given by sleeping and waking. And how do these two interact? The discipline of right action, practiced during the day, makes people sleep better at night. And the reverse is true: by sleeping well one has better days and works with more efficiency.

* Even the best literature on theosophy is not universal wisdom in itself. Divine knowledge cannot be found in the wording that refers to it. It can be attained through the study of the wording, provided that the teaching is true and accurate, and we patiently develop the corresponding practice in our daily existence. Literature therefore cannot offer us more than the road map to knowledge. Wisdom must be found in the way we look at every aspect of reality. A divine perception of life is that which allows us to observe facts from the point of view of the ladder between the sky and the earth.

* At first, good karma accumulates in invisible ways, as if one’s efforts were useless. When it gets mature enough, the outward reality starts changing and gives right action its due reward.

* One should not pay too much attention to the short-term ill-will apparently stimulated by some generous, yet uncomfortable actions. As long as your efforts are based on Ethics, it does not matter whether you are attacked for disrupting established routines. There is no need to ascribe undue importance to organized ignorance. Sooner or later victory will be attained by those who deserve it; and such a silent triumph - unnoticed by the many -, is far greater than the sacrifices made along the road.

* When routine is organized on the basis of spiritual ignorance - however embellished by spiritual talk - the process of self-renewal, soul-learning and inner growth must be painful.

* While naive people often pretend they know it all about Life, wise men are humble students. They have simple hearts and study and learn from the various levels of reality.

* Wisdom is never frozen. Like the universe, it is in constant unfoldment. Divine knowledge expresses immutable law. The Cosmos consists of the Law in movement. Being something alive, real Knowledge causes surprise and produces changes.

* Observe the void or silence between each thought of yours and the next one. Concentrate on that. See the noiseless point of equilibrium in time between one emotion and another one. This is the eternal, placeless, unconditional center of inner peace.

The above article was published as an independent text on 20 April 2018.  An initial version of it, with no indication as to the name of the author, is included in the October 2015 edition of “The Aquarian Theosophist”.