The Process of Mutual Understanding

Inner Difficulties in the
Contact Between Masters and Men

A Mahatma of the Himalayas 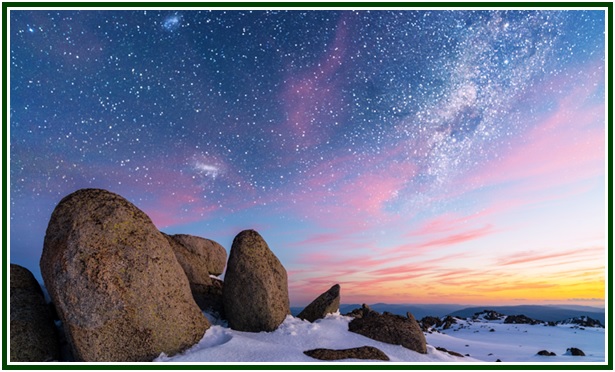 The following text is part of Letter VIII in
“The Mahatma Letters”, a message received
by Alfred P. Sinnett about February 20, 1881.

In order to make a careful reading easier, we
have divided longer paragraphs into smaller ones.

There is (…) an almost insurmountable obstacle - for the present, and one, under which I myself am labouring, while even I do no more than correspond with you, a simple thing that any other mortal could do. It is my utter inability to make you understand my meaning in my explanation of even physical phenomena, let alone the spiritual rationale.

This is not the first time I mention it. It is, as though a child should ask me to teach him the highest problems of Euclid before he had even begun studying the elementary rules of arithmetic. Only the progress one makes in the study of Arcane knowledge from its rudimental elements, brings him gradually to understand our meaning. Only thus, and not otherwise, does it, strengthening and refining those mysterious links of sympathy between intelligent men - the temporarily isolated fragments of the universal Soul and the cosmic Soul itself - bring them into full rapport. Once this established, then only will these awakened sympathies serve, indeed, to connect MAN with - what for the want of a European scientific word more competent to express the idea, I am again compelled to describe as that energetic chain which binds together the material and Immaterial Kosmos, - Past, Present, and Future - and quicken his perceptions so as to clearly grasp, not merely all things of matter, but of Spirit also.

I feel even irritated at having to use these three clumsy words - past, present and future! Miserable concepts of the objective phases of the Subjective Whole, they are about as ill adapted for the purpose as an axe for fine carving. Oh, my poor, disappointed friend, that you were already so far advanced on THE PATH, that this simple transmission of ideas should not be encumbered by the conditions of matter, the union of your mind with ours - prevented by its induced incapabilities!

Such is unfortunately the inherited and self-acquired grossness of the Western mind; and so greatly have the very phrases expressive of modern thoughts been developed in the line of practical materialism, that it is now next to impossible either for them to comprehend or for us to express in their own languages anything of that delicate seemingly ideal machinery of the Occult Kosmos. To some little extent that faculty can be acquired by the Europeans through study and meditation but - that’s all. And here is the bar which has hitherto prevented a conviction of the theosophical truths from gaining wider currency among Western Nations; caused theosophical study to be cast aside as useless and fantastic by Western philosophers.

How shall I teach you to read and write or even comprehend a language of which no alphabet palpable, or words audible to you have yet been invented! How could the phenomena of our modern electrical science be explained to - say, a Greek philosopher of the days of Ptolemy were he suddenly recalled to life - with such an unbridged hiatus in discovery as would exist between his and our age? Would not the very technical terms be to him an unintelligible jargon, an abracadabra of meaningless sounds, and the very instruments and apparatuses used, but “miraculous” monstrosities?

And suppose, for one instant, I were to describe to you the hues of those colour rays that lie beyond the so-called “visible spectrum” - rays invisible to all but a very few even among us; to explain, how we can fix in space any one of the so-called subjective or accidental colours - the complement, (to speak mathematically) moreover, of any other given colour of a dichromatic body (which alone sounds like an absurdity), could you comprehend, do you think, their optical effect or even my meaning? And, since you see them not, such rays, nor can know them, nor have you any names for them as yet in Science, if I were to tell you:

- “My good friend Sinnett, if you please, without moving from your writing desk, try search for, and produce before your eyes the whole solar spectrum decomposed into fourteen prismatic colours (seven being complementary), as it is but with the help of that occult light that you can see me from a distance as I see you” ……..

what think you, would be your answer? What would you have to reply? Would you not be likely enough to retort by telling me in your own quiet, polite way, that as there never were but seven (now three) primary colours, which, moreover, have never yet by any known physical process - been seen decomposed further than the seven prismatic hues - my invitation was as “unscientific” as it was “absurd”? Adding that my offer to search for an imaginary solar “complement” being no compliment to your knowledge of physical science - I had better, perhaps, go and search for my mythical “dichromatic” and solar “pairs” in Thibet, for modern science has hitherto been unable to bring under any theory even so simple a phenomenon as the colours of all such dichromatic bodies. And yet - truth knows - these colours are objective enough!

So you see, the insurmountable difficulties in the way of attaining not only Absolute but even primary knowledge in Occult Science, for one situated as you are. How could you make your self understood - command in fact, those semi-intelligent Forces, whose means of communicating with us are not through spoken words but through sounds and colours, in correlations between the vibrations of the two?

For sound, light and colours are the main factors in forming these grades of Intelligences, these beings, of whose very existence you have no conception, nor are you allowed to believe in them - Atheists and Christians, materialists and Spiritualists, all bringing forward their respective arguments against such a belief - Science objecting stronger than either of these to such a “degrading superstition”!

Thus, because they cannot with one leap over the boundary walls attain to the pinnacles of Eternity; because we cannot take a savage from the centre of Africa and make him comprehend at once the Principia of Newton or the “Sociology” of Herbert Spencer; or make an unlettered child write a new Iliad in old Achaian Greek; or an ordinary painter depict scenes in Saturn or sketch the inhabitants of Arcturus - because of all this our very existence is denied! Yes; for this reason are believers in us pronounced impostors and fools, and the very science which leads to the highest goal of the highest knowledge, to the real tasting of the Tree of Life and Wisdom - is scouted as a wild flight of Imagination!

Most earnestly do I ask you not to see in the above a mere ventilation of personal feeling. My time is precious and I have none to lose. Still less ought you to see in this an effort to disgust or dissuade you from the noble work you have just begun. Nothing of the kind; for what I now say may avail for as much as it can and no more; but - vera pro gratis - I WARN you, and will say no more, apart from reminding you in a general way, that the task you are so bravely undertaking, that Missio in partis infidelium - is the most ungrateful, perhaps, of all tasks! But, if you believe in my friendship for you, if you value the word of honour of one who never - never during his whole life polluted his lips with an untruth, then do not forget the words I once wrote to you (see my last letter) of those who engage themselves in the occult sciences; he who does it “must either reach the goal or perish. Once fairly started on the way to the great Knowledge, to doubt is to risk insanity; to come to a dead stop is to fall; to recede is to tumble backward, headlong into an abyss.” Fear not, - if you are sincere, and that you are - now. Are you as sure of yourself, as to future?

See in our websites the articles “On Contacts With Masters”, “From Ritualism to Raja Yoga” and “Examining Seven Questions”.