Political Life on the Red Planet

A Few Revolutionary Discoveries
Which NASA and ESA Must Know About 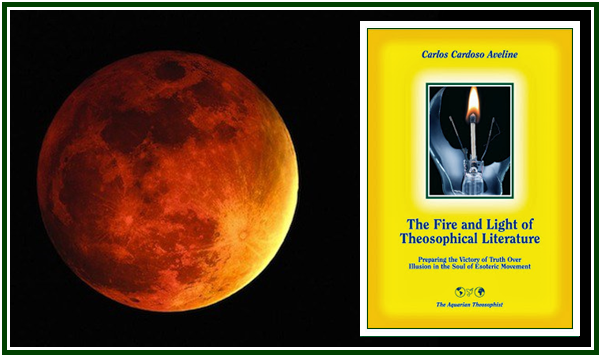 Front cover of “The Fire and Light of Theosophical Literature”

The following text reproduces Chapter Fourteen of
the book “The Fire and Light of Theosophical
Literature”, by Carlos Cardoso Aveline, The
Aquarian Theosophist, Portugal, 255 pp., 2013.

During his imaginary, yet personal visits to the red planet, C.W. Leadbeater dedicated quite some time to observe the political structures of the physical plane Martian civilization he saw. [1]

His vivid fancy, accompanied by other peculiar mental activities, made him write of this planet:

“On every hand one sees signs of a very old civilisation, for the inhabitants have preserved the tradition of all that was known when the great life-wave of humanity occupied the planet, and have since added to it many discoveries. Electricity seems to be practically the sole motive power, and all sorts of labour-saving machines are universally employed.”

Leadbeater clarifies that Martian citizens do not like to work too hard:

“The people are on the whole distinctly indolent, especially after they have passed their first youth. But the comparatively small size of the population enables them to live very easily. They have trained various kinds of domestic animals to a far higher condition of intelligent co-operation than has yet been achieved upon earth, so that a great deal of servant’s and gardener’s work is done by these creatures with comparatively little direction.”

Martian government is not democratical. There is a top-down monarchy. Based on the authority of his personal visits to the red planet, the remarkable clairvoyant reports:

“One autocratic ruler governs the whole planet, but the monarchy is not hereditary. Polygamy is practised but it is the custom to hand over all children to the State at a very early age to be reared and educated, so that among the vast majority of the people there is no family tradition whatever, and no one knows who are his father and mother.”

Sigmund Freud would have liked to know about this particular aspect of life on Mars. He could have offered an enlightening explanation for such a sentence. In Mars - as this visitor vehemently insists - there are no families. The Liberal Catholic space traveller clarifies:

“…The few families who choose to live somewhat more as we do, and to educate their children at home, are always regarded as selfishly injuring their prospects for the sake of what is considered mere animal affection.”

The reliable clairvoyant saw that the Monarchy in the red planet had viceroys and various structures which happened to be rather similar - by some strange coincidence - to those of the British empire where he himself lived.

“The King has under him what may be called viceroys of large districts, and they in turn have under them governors of smaller districts, and so on, down to what would be equivalent here to the head-man of a village. All these officials are chosen by the King from this group of specially educated children, and when the time of his own death is considered to be approaching it is from among them or from among the already appointed officials that he chooses his successor.”

“All these rulers are autocratic, each within his own sphere, but appeal to a higher official is always possible, though the right is not frequently exercised, because the people usually prefer to acquiesce in any fairly reasonable decision rather than to take the trouble involved in an appeal.”

As a political analyst, Leadbeater seems to have a conservative viewpoint. While expanding the description of his Martian nightmare, he writes:

“The rulers on the whole seem to perform their duties fairly well, but again one gets the impression that they do so not so much from a pre-eminent sense of right or justice as to avoid the trouble that would certainly ensue from a flagrantly unjust decision.”

The unavoidable conclusion is that, according to a Jesuitic view of life on Mars, authorities may well cheat and lie, as long as they do not allow such actions to become too apparent, for that would make truth be visible, causing trouble to Jesuitism.

The accurate Leadbeaterian reports on Mars are important enough in the 21st century. Their scientific, political, military, strategic and cultural implications cannot remain the private property of his dedicated disciples. Something practical must be done, regarding such discoveries in extra-terrestrial Sociology. Our suggestion is that sincere followers and students of Charles Leadbeater should send e-mail messages to the N.A.S.A. [2] and to the European Space Agency (E.S.A.), letting them finally know about the true reality on Mars. Such a ground-breaking information should lead to a whole new era of intense cooperation projects involving the Liberal Catholic Church, the best Space Agencies in the world, and those fortunate theosophical lodges which are still living in the clairvoyant atmosphere of the 1910s and 1920s.

[1] Leadbeaterʼs sentences quoted in the present Chapter are taken from his book “Inner Life”, Section Ten. His text on Mars was published by the magazine “Theosophical History”, London, January 1988; see pages 145-146.