The Portuguese-Brazilian Thinker Who
Was a Friend of Jews, Indians, and Black People 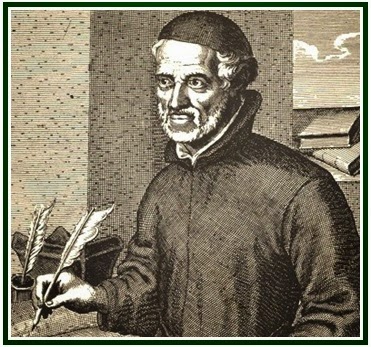 A portrait of António Vieira‏

Every modern nation has fore-runners and pioneers who anticipated centuries ago the theosophical spirit of universal wisdom and unlimited brotherhood.

António Vieira (1608-1697) is an example of that in the Portuguese-Brazilian world. A fierce polemist who raised many ethical questions and taught deep tenets of universal wisdom under the outer language of Christianity, Vieira was formally a Jesuit, but not in spirit.

By 1650 the highest Jesuitic authority in Rome persecuted him and would have had Vieira expelled from that Order - which at the time might mean torture and Death -, had not the Portuguese king defended him.  One decade later Vieira was put into prison by the Inquisition in Portugal, under charges of heresy.  Several years passed before he was released from jail, again due to Karma.

Vieira defended peace. He proclaimed the rights of Brazilian Indians to Life and Liberty, and advocated the rights of Jews. He died on July 18, 1697, almost 90 years old and having left for posterity an amazing amount of writings which are now published and make dozens of volumes. Among many other topics, he has a unique and enlightening approach to the process of psychological Pain, which the Buddhists call Dukkha, Affliction, and say that it is the “First Noble Truth” regarding life.  (In “Sermões”, A. Vieira, 1957 ed., volume XXII.)

Vieira was a prophet of the creative synthesis between celestial and terrestrial forms of consciousness, that must emerge in our mankind’s future. Using the Christian and prophetic language of his time, he anticipated the impulse for the better future which is present at the core of the modern theosophical effort.

The messianic naiveté with which he looks at many an aspect of life was a weakness of his time and culture and does not cancel the great depth of his vision. His book “The History of Future” is a classic.

We reproduce below his biography as published in the Encyclopaedia Britannica, 1967 edition.

Portuguese Jesuit, diplomat, writer and orator, a great master of classical Portuguese prose. Born at Lisbon on Feb. 6, 1608, his life span coincided with a critical period in the history of Portugal and Brazil, and he played an active and at times a leading role on both sides of the Atlantic.

His sermons, letters and state papers form the best collective source for the understanding of the climate of opinion in 17th-century Portugal and Brazil. In an age when the pulpit had great power in forming public opinion, Vieira’s sermons were among the most famous and influential, “being bought up as fast as they are printed, and sent for out of all parts of Spain, Italy and France”, as a contemporary Englishman noted.

He was a prolific letter writer, and his correspondence is the more valuable in that he was a well-placed, intelligent and critical observer who frequently wrote at white heat and without reserve. His state papers on such varied subjects as diplomatic negotiations with the Dutch, Portugal’s economic ills and their remedies, toleration for the crypto-Jews, or “New Christians”, and freedom for the Indians of Brazil are models of clear and incisive reasoning and exercised great influence in the councils of the crown. A great historical and literary figure, Vieira may be considered the most remarkable man in 17th century Luso-Brazilian world.

Vieira went with his parents to Brazil in 1614. He was educated by the Jesuits at Bahia and entered the Society in 1623, being ordained as a priest in 1634. He became the most popular and influential preacher in the colony. Many of his sermons were calls to battle against the Dutch invaders who occupied northeast Brazil from 1630 to 1654, and others contained devastating criticisms of the colonial authorities. He also worked among the Amerinds and the Negro slaves, though he was not allowed by his superiors to devote his whole life to ministering to them as he had hoped to do. He returned to Portugal in 1641, as a member of a Brazilian mission sent to congratulate King John IV on his accession. The king fell under the spell of Vieira’s self-assured and magnetic personality, and soon came to regard the tall, lean, dynamic Jesuit as “the greatest man with the world”. Vieira repaid him with a passionate devotion which, after John’s death (1656), became a hallucination that he would rise from the dead to inaugurate the fifth biblical universal monarchy under Portuguese leadership.

Between 1646 and 1650, Vieira was employed on confidential diplomatic missions to Holland, France and Italy, but none of them was successful, and he made himself unpopular with many Portuguese by his outspoken advocacy of toleration for the persecuted crypto-Jews and of peace at any price with the Dutch.

The Jesuit general at Rome, embarrassed by Vieira’s multifarious activities, resolved to dismiss him from the Society, but the king intervened and the matter was dropped. At the end of 1652 he was sent to the Maranhão and the Amazon delta mission fields [in Brazil], where he remained for the next nine years, except for a brief visit to Portugal (1654-55). During this time he displayed as much energy and ardour in work among the savages of the South American rivers and jungles, as he had shown in his political activities in the European capitals and courts. He learned several of the local languages of the Amazon delta, in addition to the Tupi-Guarani, or lingua franca, of the Brazilian littoral and the Kimbundu of the Negro slaves from Angola.

His caustic criticism of the colonists’ enslavement of the Indians led to his expulsion and deportation to Portugal in Sept. 1661. He was first received sympathetically by the court, but a palace revolution in June 1662 brought his enemies to power, and the Inquisition, which had long disliked him, arrested and tried him for his messianic beliefs concerning the future of Portugal and the resurrection of King John IV. Luckily for him, his sentence coincided with another palace revolution which brought the prince regent Dom Pedro and his own friends to power, and he was released in 1668. But his old influence at court was gone, and he spent the years from 1669 to 1675 at Rome trying to secure the annulment of his sentence and a degree of toleration for the crypto-Jews. He did secure the partial revision of his sentence, and a papal brief exempting him from any further molestation by the Portuguese Inquisition, but he ultimately failed to attain his second object, though securing the suspension of the Inquisition’s anti-Jewish activities for five years (1676-81).

He returned to Bahia in 1681 with the intention of ending his days in Brazil, and there he died on July 18, 1697, a paralyzed physical wreck, but mentally active and a fighter for the freedom of the Indians to the last.

The above text is reproduced from the June 2013 edition of “The Aquarian Theosophist”. The editorial note has been revised. 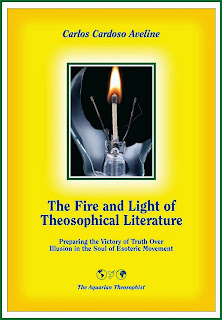