Berdyaev, On the Social Use of Falsehood

According to the Russian Philosopher,
Every Social Fashion is a Conventional Lie 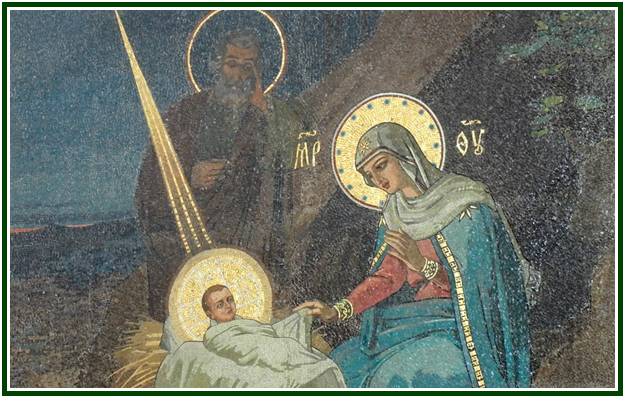 Churches Are Based on Myths

Russian philosopher Nicholas Berdyaev made a careful examination of the modern ways of self-delusion, collective and individual.

In many a situation to lie is considered correct and even mandatory, while saying the truth is seen as undesirable if not unacceptable. Mentioning the various sects of Christianity, Berdyaev wrote in his book “The Destiny of Man”:

“A Catholic has to speak of Luther in a certain way, although it is against his conscience and his own free judgment; and he is not even aware of this, for his conscience is socially organized and completely permeated with the conventionally useful lies. Exactly the same must be said about the Protestants, the Orthodox and people of other denominations. An incredible amount of falsity has accumulated in all denominational histories of Christianity, systematically distorting the historical truth. The whole of Roman Catholic account of Papacy is based upon conventional lies and falsification which serve to create the myth of Papalism.[1] There is a conventional social falsity in the judgments of the Orthodox about the separation of the Churches, of the Protestants about the Reformation, and so on, and so on.” [2]

Berdyaev is pointing to a problem that happens in many an aspect of life, ancient and modern. The New and Old Testament are based on the same mythic system of conventional falsity. It is easy to find other and more recent examples of conventional falsity. The modern theosophical movement is not free from it. The true raja yogis of the Himalayas who taught Helena Blavatsky were forgotten and their teachings ignored after her death. Fake versions of the Masters were then fabricated by false clairvoyants like Charles Leadbeater, Annie Besant and Geoffrey Hodson, to name but three of them.

Created during the 20th century, such fictitious “teachers” specialize in expressing a variety of meaningless platitudes produced in the minds of their would-be disciples. In the present century, the agenda of the theosophical effort includes getting rid of various devotional frauds. While such is the situation in the “esoteric” movement, the scientific activities in our civilization should also be examined.

“Science tries to free itself from conventional lies and preconceived ideas whether they be religious, philosophical, social or national; it seeks for pure, unadorned truth, however bitter truth might be. Such is the great task of science. But what an amount of falsity accumulates round science! A new denomination of Scientism has been created and the greatest values are sacrificed to the new idol. Men of science struggling against faith, against Christianity, against God, imagining that in doing so they serve truth and justice.” [3]

At this point Berdyaev prefers to ignore the fact that the church-centered concept of “God” is a socially organized myth and a conventional falsity in itself, and that “Christianity” is the community of those who adore such a “divine” falsehood.

As to science, Berdyaev adds on the same page:

“The freedom of scientific thought degenerates into freethinking, i.e. into a new kind of dogmatism. And this new dogmatism makes use of conventional lies for its own purposes. Academicians, professors, scientists are certainly not the type of men free from preconceived ideas and conventional falsity which is widely used by socially organized science. Scientists stand in superstitious awe of science and frequently prove to be its slaves and not its masters. Their judgments do not spring from a free and clear source. There is a conventional public opinion in the world of science, very tyrannical and destructive of the freedom of judgment.”

The process of conventional falsity takes place in science, religion and the theosophical movement. The original teachings of esoteric philosophy enable their students to understand that and to see through the various layers of delusion. What about modern nations, social classes or political parties, then?

In line with the best theosophical texts, Berdyaev writes:

“The conventional falsity of judgments passed by people of one nationality upon those of another or by members of one class upon those of a different class is known only too well. That falsity has been accumulating in the national and class consciousness for centuries and has come to be regarded as good and true. There is no need to point out that almost the whole of politics and the relations between political parties are based on falsity. The same must be said of judgments inspired by a definite school of thought. Marxists, idealists, positivists, Thomists, Tolstoyans, theosophists, all are influenced by conventional lies of their own in judging about other trends of thought; they have no pure, free perception and judgment.”

The situation is similar in other fields of activity:

“The same must be said of tendencies in art and literature - classicism and romanticism, realism and symbolism. In aesthetic valuations snobbishness plays a simply incredible part. An aesthete is a creature devoid of all freedom of perception and judgment. A school of art creates conventional falsity of its own. An overwhelming amount of conventional falsity is accumulated in the family, the nation, the state, the church, in history, morality, art and science. They all have a conventional rhetoric which is false and means severance from the original sources of being. People have managed to convert the Christian revelation itself into conventional rhetoric, thus throwing doubt upon its truth.”

The neutralization of positive aspects of Christian Scriptures is brought about by repeating their dead letter while making  no real effort to live up to them.

As to short term and socially organized consensus, Berdyaev writes:

“So-called ‘public opinion’ is based upon conventional falsity and uses lies as a means to impose itself on people. Every social fashion is a conventional lie.” [4]

There can be no search for truth if one is not willing to reject mistakes. According to esoteric philosophy, the source of lucidity and freedom from illusion is in one’s spiritual soul.   Universal truth transcends the lower self and its biased views of reality. Maya, or illusion, belongs to the animal soul in man: the search for truth is inspired by his higher self.

[1] Note by Berdyaev: I’m far from wishing to minimize the enormous significance of Papalism for the history of Western Christianity.

An initial version of the above text was published at the October 2013 edition of “The Aquarian Theosophist”, with no indication as to the name of its author.