An Independent System of Training

Whether a Daily Self-Discipline
is Necessary in Theosophy - and Why 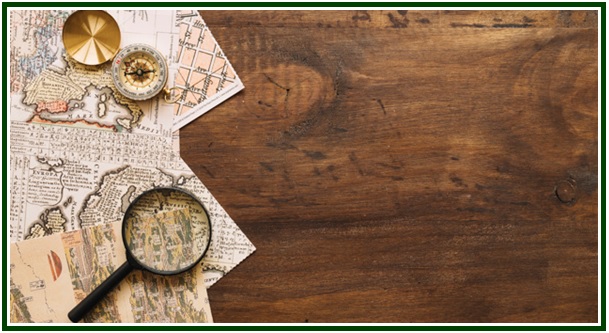 The will and the purpose of every truth-seeker are subject to a varying amount of pressure from the outside world.

The resistance exerted by circumstances will be proportional to one’s karma and to one’s goals. Obstacles depend on the landscape of individual and collective life.

If you wish to take a simple walk around the block, a certain level of effort is required. Obtaining a significant level of universal wisdom is an entirely different thing and requires a persistent and organized effort for a long time to come.

Even from an immediate point of view, if one decides to resist the debasing pressures coming from the outside world in a materialistic society, one must develop a certain degree of effort and self-discipline while aiming at the highest consciousness possible.

This will be the first step to grant oneself the basic conditions necessary to tread the path to an accurate view of life. A daily discipline is necessary which is firm enough; and yet it must exclude blind obedience.

The everyday discipline of the pilgrim should be based on an attitude of humble loyalty to the voice of his own conscience. Once we know that there are more chances of obtaining real spiritual progress in the presence of a stable self-discipline every day, it is up to oneself to establish how exactly it will take place.

The daily effort has some firm and fixed elements, while other factors in it can be adapted to changing circumstances.

In restraining the desire for unnecessary things, we gather energy and learn about detachment and independence. Renunciation paves the way to unconditional contentment, to which one is guided by the quiet small voice of one’s own conscience.

The living yet wordless presence of the voice of the heart is too subtle to be clearly seen or heard. It silently brings us fresh inspiration at any moment and circumstance.

However, while the pilgrim aims at building himself and forming his own lower self as an aspirant to universal wisdom, he can easily listen to a much louder voice, the voice of indulgence and laziness, which often disguises itself as “an advocate of common sense”.[1]

Sometimes the voice of resistance and routine will bring true facts and force us to ponder. Thanks to such an inner debate a deeper view of life emerges. Moderation results from seeing the fact that enthusiasm must be lived with equilibrium. Little by little progress is made.

By calmly examining the voice of resistance we can see the dynamics of ignorance and self-defeat in our lives. We detect false Negative Prophecies flowing in our unguarded subconscious.[2] As lower feelings of various origins are seen by a vigilant mind, they can be replaced by correct ones. As long as we are able to observe the difference, we can reform our selves by a continuous act of independence and self-determination.

The structure of daily discipline depends on one’s personal relation with the teaching.

If the theory is correct and correctly understood, there must be an adequate interaction between thoughts and deeds. There will be many a failure in this department, of course - yet progress will be obtained as time passes if a sincere effort is made.

Esoteric philosophy teaches a universal view of things. An impersonal love of truth is necessary. The pilgrim must look with detachment at his own personal behaviour. Habits have a decisive role in everyone’s daily life. He learns to preserve his independence regarding his own attachments and rejections. This makes it possible for him to reform his habits, to control his impulses and to be responsible for the way he plants new karma, thus changing his course in life for the better.

As the pilgrim does the best he can, “resistance” will perhaps laugh at him and show self-discipline as “unnecessary”, as imperfect, as superficial, wrong, ridiculous - and clumsy.

And the pilgrim may laugh back at “resistance” and answer to it that a daily form of self-discipline is imperfect, yes. That it may seem ridicule, no doubt, due to its human lack of perfection. That it is probably clumsy, and he has no problem with that, for its fruits are not easy to see, except when one is able to use his discernment.

If one’s daily exercise of self-discipline has an outward layer or two of flexibility, so as to adapt itself to changing circumstances when necessary, the inner resolution and vigilance will have to be especially strong.

In spite of its limitations, the daily practice of self-discipline is a central, indispensable factor in learning about the science of life.

Students must never expect from themselves too much elegance or perfection in their spiritual efforts. The same is valid for all aspects of philosophical learning.

Ridicule and disqualification, among other forms of negative energy, may come every day to a truth-seeker, sent from the blind and ignorant outside world.

The obstacles that seem to render progress difficult should be calmly examined. They contain information. They are hints that help us understand the invisible causes of blockage in our tendency to win.

Pain helps the pilgrim go beyond routine and forces him to open his eyes. Truth liberates us.
Deep understanding produces happiness. Impersonal realism in looking at life paves the way to bliss, and only a clear vision produces a lasting contentment.

In the right moment and rhythm victories will come to the pilgrim from higher planes of reality. There is no need to speculate about that, as it may take more than one incarnation.

A small progress every day - which looks like nothing, but is made in the right direction -, this is what entirely depends on him. A calm, essentially anonymous and unseen effort with unselfish intention is his victory. And such a progress - entirely meaningless to the world and to most people - is as decisive as it is secret. It is as powerful as it is unseen. It is immediate, and yet, it belongs to eternal time.

[1] See the article “Resistance to Change in Theosophy”.

The above article was published on the associated websites on 16 July 2020. An initial version of it, with no indication as to the name of the author, is part of “The Aquarian Theosophist”, May 2019, pp. 6 to 8.