The Book of Destiny

There is No Reason to Waste Time in Life,
For To Live is To Establish Our Future Karma 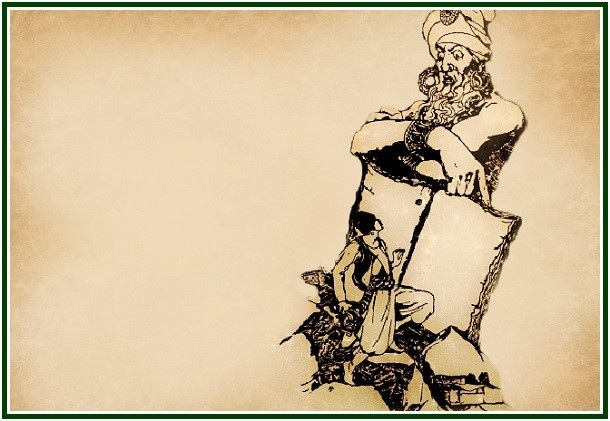 “Malba Tahan” is the literary name of Mr. Júlio César de Mello e Souza (1895-1974), a Brazilian author. Often situated in Arab countries, Tahan’s fictional works teach popular wisdom in a way that stimulates unconditional ethics and interreligious understanding. Devoted to the principle of universal friendship and mutual respect among nations, Malba Tahan wrote also a book with stories based on the Jewish tradition.

The philosophical tenets taught in the short story below are valid in one’s family, in social and political life and the relation among countries as well. On the individual plane, each person can indeed help improve the Karma and Destiny of mankind as a whole.

The Book of Destiny

Once, many years ago, as I was returning from Baghdad, where I had been selling carpets and skins, I stopped at a caravanserai near Damascus. There my attention was arrested by the strange behavior of an old Arab of Hedjaz. He was talking excitedly to the merchants and pilgrims, gesticulating and swearing by Allah all the time; he was chewing a strong mixture of tobacco and hashish; and whenever he heard someone making an unfavorable remark about him he would exclaim, clutching his ragged turban in both hands:

“Mak Allah! O Mussulmans, I was a powerful man once - I have had the Book of Destiny in these hands!”

“The poor devil”, people would say. “He was gone soft in the head. May Allah have mercy on him!”

I confess, however, that I was irresistibly attracted by this stranger with the ragged turban. I drew near him and spoke to him gently, and after some hours, succeeded in gaining his confidence.

One evening, when we were by ourselves, he told me:

“I know they think I am mad. They refuse to believe me when I tell them that I have had the destiny of all humanity in my own hands. Yes, sir, the destiny of the human race.”

I stared at the man in astonishment. The repetition of the statement that he had been the Master of Destiny showed only too well that the old Arab was completely out of his mind. The stranger, however, seemed not to notice my fears and suspicions.

“According to the teachings of Alcoran - the Book of Allah - all our lives are written in the great Book of Destiny. There is a page for every man, and on it is written all, both good and bad, that is to happen to him. Everything that happens upon the earth is inevitably determined in the Book of Destiny, be it the falling of a dry leaf or the death of a Kalif.”

Before I could say a word, he continued, shaking his head sadly:

“I once rescued an old sorcerer from death at the hands of the Sheik Abu Dolak, after that ruthless Bedouin had sacked an encampment of the Morebe tribe with terrible slaughter and destruction. This sorcerer gave me, as a mark of gratitude, a unique talisman - a small black stone, in the shape of a heart, that he had found many years earlier in the tomb of a Mussulman saint.”

“This marvelous stone would enable whoever possessed it to go freely into the famous carven where, by the will of Allah, the Book of Destiny is kept.”

“I traveled for many years, to the top of the Masirah mountains, beyond the Desert of Dahna, in order to reach the enchanted cavern. A kind jinnee, who was guarding the entrance of the cave, let me in but told me that I was allowed only a few minutes inside the cavern.”

“It was my intention to alter whatever was written on the page concerning me, and to make myself a rich and happy man. All I had to do was to add, with the pen I had brought with me, that I should be happy and loved by all and that I should have good health and great wealth. But I remembered my enemies too. I realized how easy it would be for me to do harm to them all. Moved by the basest feelings of hate and vengeance, I looked for the page of Ali Ben-Homed, the merchant. I read what was going to happen to that rival of mine, and, seized by an uncontrolled anger, I added to his destiny that he would die in poverty and the greatest sufferings.”

“I altered the life of the Sheik Zalfah el-Abari by writing on his page that he would lose all his wealth, become blind and die of hunger and thirst in the desert.”

“And thus without mercy, I went on ruining and killing all my foes.”

“What about your own life?” I asked, gazing at him with wonder. “What did you write on the page allotted by Destiny?”

“Ah, my friend”, moaned the poor devil wringing his hands in despair, “I did nothing for myself. I was so eager to bring adversity upon my enemies that I completely forgot myself. I distributed sorrow and misfortune liberally, but I did not take for myself the smallest share of happiness. When I remembered myself and thought of making my own life happy, the time assigned for me to remain in the cavern was over. All of a sudden, there appeared a fierce jinnee who seized me, snatched the talisman from my hand and threw me out of the cave. I fell among the rocks with such force that I lost consciousness. When I recovered my senses, I found myself injured and hungry near an oasis on the Omah desert. I was miles away from the caver. Without the precious talisman, I could never again find the way to the enchanted cave in the Masirah mountains.”

And sighing, he concluded in a low, hoarse voice:

“So I lost the only opportunity I ever had to make myself rich, respected and happy.”

I still do not know whether this strange story was true or not.

It is certain, however, that the sad experience of the old Arab from Hedjaz teaches us an important lesson, for how many people there are in the world who are so busy making other people’s lives miserable that they neglect the good that they could do to themselves.

The story “The Book of Destiny” was published as an independent item in the associated websites on 26 November 2019. It is also part of the August 2019 edition of “The Aquarian Theosophist”, pp. 7-9.

In order to investigate the mystery of one person being able to help change the Karma or Book of Life of the whole mankind, read the articles “A Lever to Move the World” and “The Center of Pascal’s Sphere”. See also “The Power to Change the World”.