Moral Education: Its Laws and Methods

Indicating the Seeds of a
Better Future for Humanity 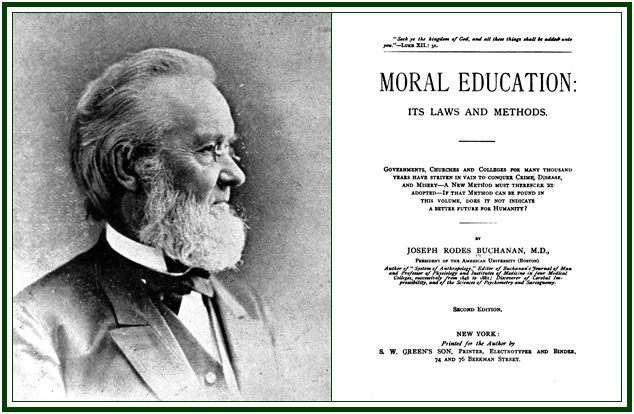 “We heartily commend this able
and original work to our readers.”

The signal failure of educational systems to elevate the social condition of mankind, and the development of the higher intelligence and wiser philanthropy which demand something better, make the present eminently the proper time for a fundamental change.

Click here to read the book
Moral Education: Its Laws and Methods

The book “Moral Education: Its Laws and Methods”, 1882 edition, was published in the associated websites on 18 August 2019.

In the opening of her book “Isis Unveiled”, H.P. Blavatsky quotes these words from Joseph Rodes Buchanan: “My life has been devoted to the study of man, his destiny and his happiness” (see p. IX).

Click to read the articles “Kohlberg and the Stages of Moral Development”, “Moral Strength in Judo and Theosophy”, “An Old Celtic Legend of Atlantis”, “Antahkarana, the Bridge to Sky”, and “The Seven Principles of Consciousness”.  See “The Constitution of Human Nature”, by Francis Hutcheson.