Thoughts Along the Road - 32 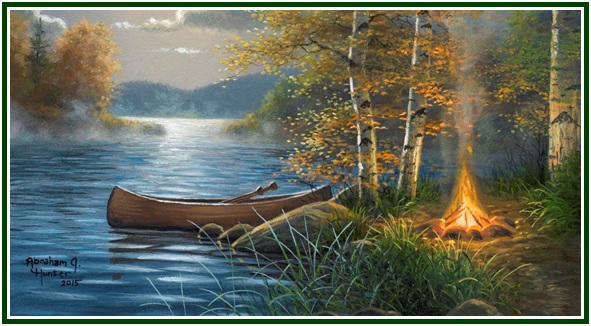 * A master of the wisdom is consciously One with the Universal Law, for he lives and acts in harmony with It. Free from the common karma of our mankind, having transcended death, he humbly cooperates with the law. He causes harm to none and helps the liberation of all beings.

* True teachers never stop learning; they are fundamentally colleagues to their students, and the fact is documented in the Mahatma Letters.

* The way to wisdom consists in studying the essence of the universe and the One Law of Life, which is the Law of Equilibrium and Justice. “The Secret Doctrine” and every true book of theosophy are guiding lights along the path to understand the universe, macrocosmic and microcosmic.

* Spiritual virtues cannot be acquired by imitation.  They must develop from within in natural ways. They are stimulated by the Sun of a pure heart and nurtured by the wind and the rain of daily probation, as they grow on the hard soil of individual practice.

* By studying the flow of Cycles one gets to understand the science of the use of time. The practice of right action is also the practice of right timing. In every Duration there are a few proper moments for real change. When to wait, when to act, in what a rhythm, and where - these are questions that demand profound calm, vigilance, discernment and attention.

* At the lowest point of the tide, the waters of life start recovering strength. In the coldest time of winter, the Sun begins to get stronger again.

* In the most unpleasant moments, great lessons in wisdom are available. Since everything is cyclic, one must be serene in defeat and humble in victory.

* There is a deep yet rarely seen sort of bliss. It consists in detecting the mechanisms of spiritual ignorance in ourselves and in those around us, and staying away from them; and challenging them; and preserving peace in our souls.

* Unfortunate are those who identify themselves with ignorance. Bliss starts with a willingness to pay the price for getting rid of attachment to falsehood. An unconditional love for truth is the first requirement to begin the journey.

* In order to listen to the voice of one’s conscience, one must be in complete silence on the emotional and mental levels. Such absence of noise is attainable by reducing to nothing one’s personal existence in its psychological dimensions.

* One can listen to his conscience by ceasing to function - for some time at least - as a separate self. There is scarcely anything more spiritually pleasant than listening to the silent voice of the void, which contains the totality of life.

* One’s central point of view makes some things easy to see and causes other things to become invisible. Looking at life from various perspectives, we can better observe the complexity and contradictions present in the objects seen. Some points of view are complementary to each other; some are mutually exclusive. One must examine and decide with care what the main standing-points of our choice are, for they determine our relation to life and Karma.

* That part of the lower self that reacts against wisdom tends to fabricate painful emotional dramas out of nothing. In fact, human beings do not generate problems they can’t solve. All difficulties cease to exist in due time.

* In the long term, each individual is the hidden source of his own pain, and the active healer of himself. The universe is not ruled by personal feelings of one kind or another: it is regulated by the impersonal law of love, the principle of balance and equilibrium among all, the action of impartial solidarity.

* One must have eyes to see, before perceiving the unity and the beauty of the cosmos behind an apparent chaos.

* While a building is being remodeled, sheer confusion is the first thing a visitor seems to observe.

* As the housekeeper cleans a house, everything seems to be out of place.

* Historical time evolves along centuries. A new civilization of ethics slowly emerges in the middle of old materialistic societies, and many a fact seems not to make sense. Just before selfishness is defeated, the false victories obtained by spiritual ignorance may look like the biggest glory of all time.

* The power of spiritual soul comes down as a blessing to one’s “terrestrial” being. Listening to the highest is hearing that which cannot be heard. It is seeing the invisible facts of life and feeling that which cannot be felt on a personal level. And there has to be a decrease of velocity in the life of the external world, for the inner and the higher to freely flow, unperceived, in that which is visible.

* No philosophical perception can be found in a dead-letter reading of scriptures and teachings. Attachment to words is but the worship of superficiality.

* Right thought includes an intelligent interaction with the silent sources of sacred knowledge. In the dialogue between word and non-word, the purposes present in the silence reveal the several layers of meaning in the higher teachings.

* The best wording can only point to truth and provide useful elements for the autonomous development of knowledge in our consciousness. Authentic philosophical literature is but the humble vehicle for the wisdom of the universe.

* Do we want to teach and help others? The example set by our intentions and actions teaches more than whatever we say or write. The positive value of words is great, as long as they come from one who lives what he says.

* By firmly rejecting distorted waves of thought and emotion, the student of esoteric philosophy keeps his conscience clear before his own higher self and every other being. [1] He thus preserves a most precious asset: his ability to learn the best.

* One of the first duties of a pilgrim is to maintain the world of personal emotions under the constant light of his own spiritual soul. In order to expand his purity of mind, he can look up to wiser souls and spiritual teachers. He may also learn lessons from his younger brothers, the fellow-animals, from the trees, from the forests, from the wind and other elements of Nature.

* As long as the pilgrim receives the approval of his own soul, it does not matter if he seems to have little intelligence. He has already obtained the main condition for progress, and other factors will emerge in due time.

* Both severity and goodwill are necessary. Sometimes one of these factors must come to the front while the other remains invisible, preserving the foundations of right action.

* Goodwill should not be confused with weakness; but in many occasions misinformed people cannot tell the difference between the two factors.

* When generosity is seen as weakness, severity is needed.

* Severity must not be confused with lack of goodwill: however, naive people are unable to see the difference between the two things.

* Life includes a self-renewing contrast between fact and illusion. Equilibrium and a love of truth guide the pilgrim to wisdom: as long as his inner purpose is noble, the blessing will be there.

“Thoughts Along the Road - 32” was published as an independent text on 18 May 2019. An initial version of it, with no indication as to the name of the author, is included in “The Aquarian Theosophist”, March 2017 edition, pp. 12-13. A few short notes written by the same author and anonymously published in that edition of “The Aquarian” were added to form the article.