Thoughts Along the Road - 31

As We Renounce Possessions, Dense
And Subtle, Happiness Descends Upon Us 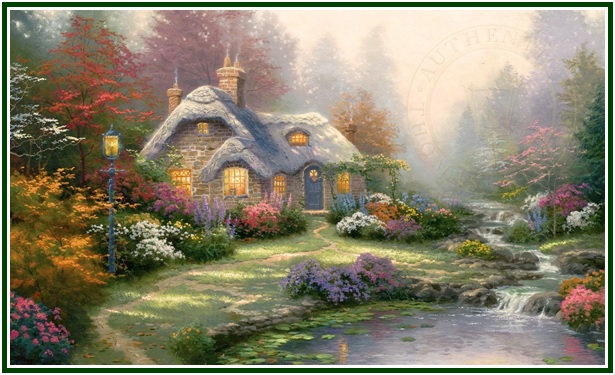 * Truth cannot belong to an organization or an individual. However, individuals and organizations can belong to truth, in a way: they may devote themselves to its humble search in a long-term process.

* It is only by giving up things of secondary importance, that one can save energy enough to make a difference regarding decisive issues. By not having wishes, one develops will. He who leaves aside desire is able to have a real purpose in life.

* Good will is the right kind of will. A generous purpose expresses a knowledge of the universal law, an intrinsic unity and harmony with it, and an affinity with the way essential things flow, within and around the Earth or the Cosmos.

* Words can’t replace facts. A sense of ethical responsibility will not emerge because it is demanded, or because intense propaganda is made about its importance. One must be free in one’s soul, before having an inner sense of duty. Responsibility, “the ability to respond”, comes from within. It results from actually seeing our dynamic unity with the other beings and all forms of life.

* A certain degree of gross energy is necessary to dominate and control the automatic trends of one’s physical body. The will to live in correct ways cannot be expressed in daily life through mere abstractions. It requires the formation of outward habits that, while being dense, are essentially - if imperfectly - compatible with the higher energies, and can obey them in the main aspects of life. It is only whited sepulchres, though, that pay too much attention to the outer personality.

* It is an old axiom that Light comes to the world whenever it is necessary for It to do so. However, Light will come when Light knows it is the right moment for It to emerge, and not when some human beings would prefer to see It descending upon them. Light will typically come in unannounced ways, through unexpected events, and after being rejected by the “wise ones” who respond to organized ignorance.

* An individual who cannot stop his own discourse to himself may have something in common with parrots. On the other hand, he who practices the art of being in silence is able to listen to other beings indeed. Silence is among the best friends of a truth-seeker. The absence of emotional noise entitles him to better learn the lessons that Life teaches him all the time, and which are transmitted in a thousand different ways.

* No one is wise in choosing between optimism and realism, or between confidence and prudence. Human beings need all of these qualities and many others. One must combine different and contrasting energies along the road, not being carried away or dominated by any of them. The inner substance of one’s talents will be constantly improved if used to seek noble objects.

* Sublime feelings or thoughts are not enough. The pilgrim must create some dense and uncharming habits, in order to perform correct actions in stable ways. Thanks to tiring and tasteless efforts, higher level perceptions will be able to inspire the whole web of life and get integrated into it.

* As we think of the cosmos, peace comes to us and becomes part of our aura for some time. The intensity and durability of such a blissful feeling will depend on how deep the thought was, and how long it endured. This kind of peace is often subconscious. Raja Yoga says one’s mind adopts the form and substance of that which it contemplates. It is therefore worthwhile to think of the cosmos, as theosophy invites us to do.

* Hypocrisy is not in the difference between ideal and practice. Such a distance is perfectly human. It means one has an ideal in life. It may take a long time to fill the gap. Falsehood consists in not attempting to reduce the distance between ideal and practice. The central notion of “doing one’s best” defines the direction of Karma. He who does not do his best is going to the middle of nowhere. Walking fast or slowly means nothing: one must know if the efforts point to the right aim.

* It is correct to make a daily spiritual retreat - perhaps several times a day - and establish oneself in that inner fortress of our soul where the pure, unlimited strength eternally flows. The refuge in the fortress of silence renews one’s perspective of life, brings us new energies and cleans the lens through which we look at facts. The renewing introspection also takes place in communities. A city and a country are born again due to the inner renewal of their citizen.

* When we renounce possessions, dense and subtle, the energy of bliss has a chance to descend upon us. Freedom from attachment is the path to plenitude and wisdom, and it brings about happiness.

* Thought can read and understand a correct perception of truth, but such perception is above thought and doesn’t quite need it, except as an instrument to test, to strengthen and improve itself.

* Most religious and philosophical traditions teach a tenet which theosophy and simple common sense also state: that moral decline leads to the extinction of a civilization. It is up to each one, then, to see whether there is decay in Ethics in present-day societies, for this issue defines the main tides of the future ahead. The theosophical movement exists to preserve and to sow the wisdom of universal brotherhood and self-responsibility.

* To each cycle of growth in falsehood, hypocrisy and moral decadence in social life, there is a corresponding cycle of growth in truthfulness, sincerity and ethical principles. If one sees willful illusion in today’s world, it would be naive to consider that this is the portrait of the future. Every wrong action is duly compensated in time. Ethics is eternal law, and each being will have as much time and trouble as necessary for this fact to be understood.

* Having ideals is good. It is even essential, as long as they are managed with common sense.  In the absence of discernment and self-restraint, lofty ideals produce disasters of great proportion. This is seen not only in lives of individuals, but in the long list of bloody social revolutions and genocidal wars made in the last 20 centuries.

* The Arctic Ocean and North Pole region is at risk of environmental destruction. And what is its meaning and importance according to theosophy? Helena Blavatsky writes in “The Secret Doctrine” that the North Pole represents the region of Atma in our planet: of pure soul and Spirituality. [1] The region corresponds to the higher levels of consciousness, if seen on a planetary and geological context.

* An idealistic view of life must be compensated with realism, with a long-term conception of time, an awareness of the universal law, a feeling of respect for all and the intention to sow, before intending to harvest.

* When in a community each one makes an intransigent defense of his or her rights, the common atmosphere gets polluted by the accumulation of selfish complaints, to which few pay attention anyway. The result is the unhappiness of all. When each one thinks mainly of fulfilling his or her duties, the collective atmosphere is purified by altruism. Then the common Karma is helped by sincere solidarity and there is no need for complaining. The result is a lasting well-being.

* As the field of one’s awareness expands, one gets more independent from the wording process, although one still very much needs words for outward expression. A new light shows facts both nice and unpleasant. Blind belief loses strength in every department of life. Thus truth gets easier to see. In due time worded expressions will be recognized as being but the humble tools of consciousness. Falsehood in words will then become impossible.

* Self-discipline would have no merit, if it were not necessary to face habits and trends which point to the opposite direction. The “resistance to change”, of which both Psychology and Theosophy speak, is made of habits. Its substance is the karma of attachment to things contrary to what one consciously desires. One must calmly persevere in the noble direction. By doing our best after each mistake or failure, one makes significant progress.

* There are two ways for an individual to “get to the same level” as that which he sees as higher in wisdom. The first one is by elevating himself up to the higher realm. The other one consists of debasing the higher realm and trying to bring it down to his own world of ignorance. The steep, uphill and narrow path to wisdom preaches respect for those elevated viewpoints which belong to sacred knowledge. Such a path leads one’s consciousness away from personal competition. It stimulates universal cooperation on the basis of justice.

* Happiness is the perception that everything is OK in the universe and there is nothing to worry about. Words cannot describe spiritual contentment. Such a view of life is like a sun that never sets. It results from one’s conscious identity with the Law, with the Cosmos, and Universal Friendship. It doesn’t need to use words. Specific moments in life can trigger the feeling that “life is perfect as it is”. To the awakened higher self, an unlimited bliss is always present. Suffering is a visitor and teacher; Peace constitutes the territory where all things take place.

“Thoughts Along the Road - 31” was published as an independent text on 5 May 2019. An initial version of it, with no indication as to the name of the author, is included in “The Aquarian Theosophist”, February 2017 edition, pp. 11-14. A few short notes written by the same author and anonymously published in that edition of “The Aquarian” were added to form the article.