Thoughts Along the Road - 30

The Seeds of a Lasting Peace Can Be Sown Any
Time, And They Do Not Include Fear of Conflict 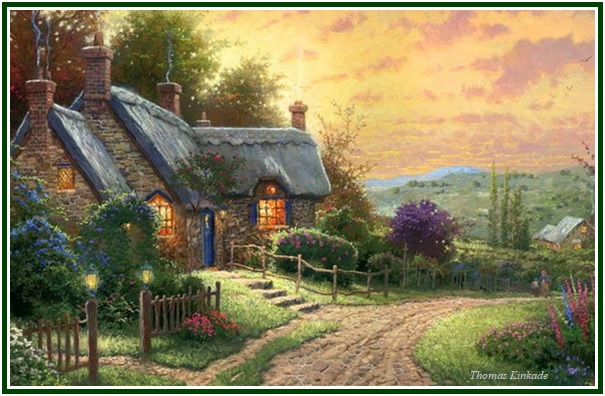 * Well-being and self-discipline rarely part from each other. The right discipline preserves spontaneity by placing it within the limits of good sense.

* A sharp discernment opens the gates to wisdom, which needs equilibrium. The action that keeps away from exaggeration is endurable and turns out to be more effective in the long term. In order to attain a valuable goal, the pilgrim must avoid any excess of short term efforts, aiming at a gradual progress instead.

* You cannot correct every aspect of your life in one day or discharge your whole duty in a couple of weeks. It is within your reach, however, to regularly compare your actions - and the situations you live - to your highest ideal of human progression. It is your privilege to daily improve habits and ways of decision-making.

* The world needs less opinionators and more truth-seekers. So-called public opinion is largely governed by propaganda. Appearances are as deceiving as those unprincipled politicians who obey but to the laws of propaganda and have no noble goal.

* Those who place popularity above ethics do much about nothing. He who places ethics above popularity may make slow progress, but his march ahead is real. They who listen to their own conscience make a difference in life.

* Trees are among the best friends of the planet, and of each human being. There is much to learn from a wordless dialogue with them.

* Silence enlightens sound, and sound should be able to point back to silence. Right action is realized and understood in quietness. Most of our actions take place on the inner levels of reality. Communion is a noiseless process, just as perception of truth.

* Nature has many different voices, and they all teach wisdom in ceaseless lessons, which a balanced heart is able to hear.

* From a day to a decade or a century, the start of a new cycle constitutes the right moment for each individual to realize one fact: it is a high privilege for him to be the main responsible for his own future. By beginning a cycle, one inaugurates a trend.

* Every small period of time contains the seed and substance of eternities. Each citizen lives in contact with the whole cosmos and maintains a living dialogue with it, as Astrology thoroughly demonstrates. The quality of such an interaction can be improved by a combination of various factors, among them good will, right effort and the proper kind of introspection.

* It is better to be defeated while trying to do one’s best than obtain a victory after giving up the honesty to oneself and to others.

* Life is a blessing, as long as one focuses on its blissful aspects. However, “blissful” does not mean “easy”. Blessings use to come in difficult moments, while pleasant situations are rather tamasic and lead to blind routine. He who lives in bliss renews himself all the time. He knows he must remain stronger than circumstances.

* Human relations based on mutual indulgence are worse than useless. Suffering is the wakeup call that warns us about the existence of ignorance. The causes of ignorance must be identified and eradicated. In any nation or family, as well as theosophical associations, correct relationships must create stimuli for people to learn and improve themselves.

* Life’s energies flow in concentric circles. In order to properly understand events, people must look at reality from the deepest and highest point of view possible. While excluding nothing from its field of vision this kind of observation concentrates on the essential and altruistic aspects of life.

* In order to attain peace in some future time, one must accept right now the essence of peace. The seeds of peace can be sown any time, and they do not include fear of conflict.

* The law of universal equilibrium enables ethical courage to win the battle in our souls. It is the light of harmony that makes a warrior fight best for a noble cause. While facing conflict, the pilgrim remains available to the feeling of quiet. Balance is his inspiring talisman, and his goal.

* Many want to be born to universal wisdom, but those who are willing to die to ignorance are less numerous. It is not hard to find people who have an interest in attaining bliss, but few are those who want to pay the price for that.

* Well-informed pilgrims use to say to themselves: “I want to raise my average thoughts to the higher realms of reality. I will build and sustain a growing unity among thoughts, feelings, actions and words in my life.”

* There is a time to confront obstacles, and a time to remain unseen, unheard, wordless, unperceived. There is a silence that produces insight, and another one which is harmful for our learning. In balanced forms of silence we harmonize all things. The right kind of soundlessness is both the heir and the parent of correct action. In silence the law of life operates. In it the eternal wisdom can be perceived as being in unity with us.

* Any time, Life has immeasurable potentialities for sacredness. Our own limitations prevent us from seeing the seeds of wisdom everywhere. Karmic conditions, individual and collective, both help and hinder the truth-seeker. Silent meditation and examination of facts, if guided by a firm good will, can show us the opportunities for us “to be born again” on the blissful levels of life.

* Psychological projections and the “mirror effect” are part of life, and many of them are healthy. Yet they must be understood and placed in a wider context. The right thing to do is to help goodness and discernment grow within oneself and renounce renewed forms of old ignorance every day, so that the light of the secret wisdom, which is present in the soul, becomes visible.

* It is of no use for the unexperienced pilgrim to blindly project the best hopes of his soul into an organization or a leader. He would then but worship a bureaucracy and a mask. Spiritual corporations often become the mirrors of one’s naïveté and illusion. One’s goal must be above terrestrial beings and visible objects.

* Hurry provokes a waste of time. Eastern traditions are well acquainted with this principle, and they intensely cultivate calmness.

* Only one who is free from the addiction to high speed can actually have discernment as to what is right and not right to do. Living in a materialistic society based on haste and anxiety means living surrounded by people who waste their time and dedicate their lives to superficiality. Slowly one sees the enduring truth.

* Happy is him who helps prepare the springtime of wisdom.

* New life is created from within and slowly emerges in external scenarios. It begins in the invisible realms of the world. After the subtle structure of the new life is established and confirmed, it can finally become visible and improve the development of outward facts. This is a law of nature.

* Every great change must be prepared in advance in reduced or microcosmic dimensions. That which is karmically destined to take place in large scale will first occur in small scale, and then get to its true proportions.

* We should examine the lens through which we look at life. One’s dominating point of view defines one’s karma and dharma on each level of perception.

* How do we see our past? Do we take lessons from it? How do we relate to our vision of the future, and what conscious and subconscious ideas of future do we have?

* The pilgrim must develop the strength of will necessary to pursue sacred goals and walk towards them on the physical plane, as well as in the realms of emotion and thought.

* We must be sure that our relation to our own body is as correct as possible. Are we aware of the fact that such vehicle is not eternal and deserves proper care? Do we direct our thoughts and regulate our emotions so as to produce little pain or no pain to ourselves and others? Are we a healing factor in Life?

* It is our duty to remember: the fruits of whatever we do in the world will come back to us sooner or later.

“Thoughts Along the Road - 30” was published as an independent text on 20 April 2019. An initial version of it, with no indication as to the name of the author, is included in “The Aquarian Theosophist”, January 2017 edition, pp. 11-14. A few short notes written by the same author and anonymously published in that edition of “The Aquarian” were added to form the article.