Thoughts Along the Road - 29 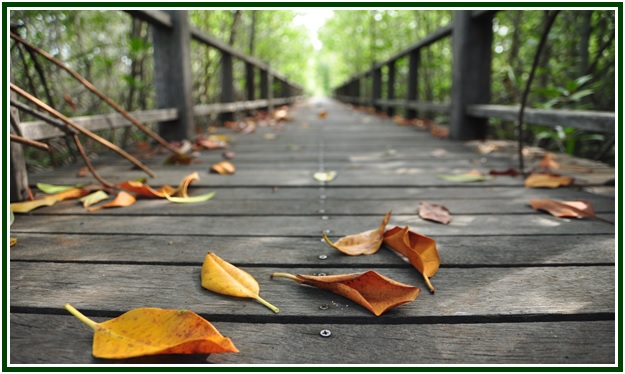 * Violence begins in the minds, and so does peace. The source of harmony is not in the denial of conflict. It is rather in its understanding. When an individual sees the roots of conflict in the lower self, the struggle with other people becomes useless and is left aside as much as possible. True warriors know that a deep peace of mind is the first step to victory.

* Past and future are never separated, but by the end of any period of life their union and symmetry are more beautiful to see. As a cycle closes, a farewell must be said to many a  Karmic energy. There is a promise in the air when a new beginning is to take place soon.  Continuity and renewal can be combined in wise ways.

* The final days of a cycle are an opportunity to revise and complete tasks, to re-examine one’s agenda and give up unnecessary actions. Inner peace is important. Every period of life must end well, so that the next cycle can start well. However, the main source of inner light is in everyone’s soul.

* Pain often results from an alternation between attachment and rejection. Endurable peace transcends the childish see-saw movement that oscillates from pleasure to suffering, from suffering to pleasure, and back to pain. Happiness is in understanding life and its foundation is the perception of unity between the various pairs of opposites.

* A fine line makes the difference between peace and stagnation. Tranquility often paves the way to routine. There is sometimes a short distance between enthusiasm and imprudence. Courage may lead to unnecessary danger. It is up to us to see what action is right and wrong at every moment.

* Wide horizons, combined with a long-term view of things, entitle us to attain discernment as long as we have generosity and do our best.

* Words don’t replace facts. One cannot transmit to others except that which one lives in the first place. For this reason, before expecting to have any significant influence over the outside world one should effectively control himself.

* The attempt to attain happiness through external means and objects will be seen as pathetic if we consider that most mankind is a prisoner of such illusion and keeps attached to it one lifetime after the other. It takes a broad view of life to understand that the source of happiness is inner and universal, and not external or personal.

* Joy is hidden in each dry winter leaf. It makes the autumn winds move, and looks at us from the stars we see at night. It can be found in springtime and summer, and every phase of the Moon. Harmony is the law of the universe and dismantles, not without pain, every form of rancor and bitterness. Happiness moves the solar system, while bliss sustains its foundations.

* Every loss, physical or emotional, teaches us a lesson in detachment. And each acquisition or gain is a test through which the Law will verify whether we learned the lesson. Life is a combination of many different cycles: the friends of truth attain unconditional contentment by studying and understanding them. Small cycles are part of the larger ones, and large cycles are present in every second.

* While the source of tranquility must be found within, the perception of inner peace harmonizes one’s relation with the outward world.

* Nothing objective is ours in fact. Things and situations are given to us for some time, including those we apparently build ourselves. We’d better take good care of them while they are still available. On the other hand, everything we learn is ours for good. We’d better confirm we did learn these lessons indeed.

* Meaningless topics must be left to take care of themselves while we focus our action around issues that have permanent interest. A healthy indifference regarding the little ups and downs of the lower self is necessary if we are to be able to understand spiritual realities.

* The quantity of work done by an individual is important, as long as its quality is high enough.

* To work much is the first step; the second one consists in identifying the decisive points to work on, and the point of view from which to develop the effort.

* The best results are not produced by ill-advised attempts. According to Eastern wisdom, a sage obtains victory before starting the visible aspect of the work.

* Peace and patience are the fruits of a long-term approach to facts, just as fear, vanity and ambition result from short-term views of time. A society that seems to be largely governed by anxiety is blind to real facts, for the flow of reality is slow and enduring, not immediate or impermanent.

* It is easy to wish to have this and that object, and to be governed by desire; but the “easy path” creates the worst sort of difficulty. It seems to be hard to tread the path of self-knowledge and self-control; yet such a hardship leads to inner bliss and to a lasting contentment.

* The right kind of self-control takes place when there is harmony among the power of the will, the power of thought, the force of habit, and the influence of circumstances.

* Each one of these factors is a plurality in itself. We have contrasting sorts of will, on various levels of consciousness. Thoughts are numerous and sometimes are not easily compatible among them. The force of habits points to different directions. Some circumstances change every moment, inviting the pilgrim to let his mind get dispersed, while other circumstances are more stable, and these will challenge him in different ways.

* The inner and transcendent will of the soul aims at living that which is good, morally beautiful and true. The will of the higher self observes desires, ideas, habits and circumstances from the point of view of its long term trajectory on the path of human progression and perfection.

* The very act of observing all aspects of life produces harmony, although such observation may be uncomfortable. As we understand contradictions, it gets easier to deal with them. The acceptation of paradox expands the degree of consistency. Little by little, ignorance dissolves.

* The possibly noble character of one’s actions is not on the surface. Trying to improve one’s own character, strengthening the spiritual dimension of one’s marriage, raising children so that they can obtain self-knowledge, relating to elder people in correct ways and diligently fulfilling one’s daily tasks, these are all examples of right action taking place on higher or invisible levels. On the other hand, pious appearances grant one nothing.

* Studying theosophy with a subconscious sense of self-importance is a source of pain and frustration for oneself and others. Bliss is in the humble pursuit of universal goals, before which we remember we are like a grain of sand by the ocean.

* “First things first”, says the popular axiom. One must have one’s priorities clear. That which belongs to the sky comes first, and last. Issues relating to one’s immortal soul flow above other considerations. Theosophists have a world vision as good and as universal as they can, in the first place. On a secondary level, they do their best in being effective in the outward world.

* Spiritual efficiency in daily life depends on a sort of thought-power whose substance is buddhi-manasic, or centered on the spiritual soul. Such a strength is simultaneously contemplative and fiery. It is creative. It often disrupts routine and comfort. It puts things in motion. It alters reality all the time if needed.

* Language expresses Karma. The burning frankness one finds in the writings and the lives of great sages is therefore no mere coincidence and it has a cause. The karmic field in which sages live demands veracity.[1]

* A sage is careful with what he says. He measures every word.  He is also sincere in ways that are not always comfortable. His words are fiery, which is one of the reasons for his being reserved and selective as to those he talks with.

* While truthfulness enlightens and clarifies facts, it also burns any aspect of life that is not compatible with it. Each student of philosophy must examine himself and see how prepared he is to live in total truthfulness.

[1] As examples of this fact one has not only the “Mahatma Letters” and many a text by Helena Blavatsky, but several passages of the life of Jesus, according to the Christian gospels. See in our websites the article “Jesus Christ, the Warrior of Truth”.

“Thoughts Along the Road - 29” was published as an independent text on 10 April 2019.  An initial version of it, with no indication as to the name of the author, is included in “The Aquarian Theosophist”, December 2016 edition, pp. 11-12. A few short notes written by the same author and anonymously published in that edition of “The Aquarian” were added to form the article.