The Power of Silence

A Few Thoughts on the
Ocean of Deep Consciousness 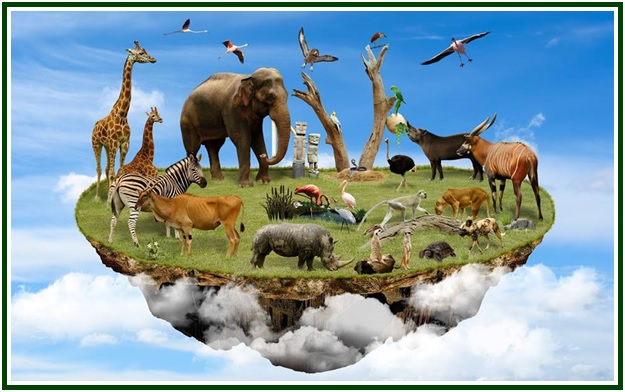 In the Fables of the Golden Age we are told that men
understood the language of animals, trees, flowers, and grasses

The numbers of pages are indicated in
parenthesis at the end of each fragment.

2. Language and Silence Belong Together

Silence is not simply what happens when we stop talking. It is more than the mere negative renunciation of language; it is more than simply a condition that we can produce at will.

When language ceases, silence begins. But it does not begin because language ceases. The absence of language simply makes the presence of Silence more apparent.

Silence is an autonomous phenomenon. It is therefore not identical with the suspension of language. It is not merely the negative condition that sets in when the positive is removed; it is rather an independent whole, subsisting in and through itself. It is creative, as language is creative; and it is formative of human beings as language is formative, but not in the same degree.

Silence belongs to the basic structure of man.

It is not the intention of this book, however, that the reader should be led to a “Philosophy of Silence”, nor that he should be misled into despising language. It is language and not silence that makes man truly human. The word has supremacy over silence.

It may seem surprising that anything can be said about silence through the medium of language, but only if one thinks of silence as something completely negative. Silence is, on the contrary, a positive, a reality, and language has the power to make assertions about all reality.

3. The Background of Silence

In a world in which silence is still an active force, a thing is related more with silence than with other things. It stands on its own, belongs to itself more than in the world without silence, where things are interconnected but no longer in relation to silence. In the world of silence a thing offers its being to man directly; it stands immediately before him as though it had just been brought by a special act out of the silence. It stands out clearly against the background of silence. There is no need to add anything to it to make it clear. (p. 79)

4. A Hidden Fund of Reality

Every object has a hidden fund of reality that comes from a deeper source than the word that designates the object. Man can meet this hidden fund of reality only with silence. The first time he sees an object, man is silent of his own accord. With his silence, man comes into relationship with the reality in the object which is there before ever language gives it a name. Silence is his tribute of honour to the object.

This hidden fund of reality cannot be taken up into the human language.

In the Fables of the Golden Age we are told that men understood the language of all animals, trees, flowers, and grasses. That is a reminder of the fact that in the first language that had just come from the fullness of silence, there was still the all-containing fullness.

This language climbed upwards toward the vault of heaven at the same time.

It formed an arch over all the sound of the earth, and all the sounds of the whole of nature met together. As everything that rises from the earth is taken up into the vault of heaven, so all the voices of the earth were taken up by the one heaven of language. Every single voice entered in and became a part of it, and therefore every voice was understood. This heaven of the languages was the homeland of all voices; they all came to themselves and to each other in this heaven. This language was unobtrusive despite its powerfulness, as unobtrusive as silence itself.

The ancient languages are constructed radially, always beginning from and returning to the centre that is silence, like a fountain with its jets all starting in an arc from the centre, returning to it and disappearing in it. (pp. 56-57)

6. Beauty in the Absence of Sound

Poetry comes out of silence and yearns for silence. Like man himself, it travels from one silence to another. It is like a flight, like a circling over silence.

7. The Perception of the Nameless

Silence reveals itself in a thousand inexpressible forms: in the quiet of dawn, in the noiseless aspiration of trees towards the sky, in the stealthy descent of night, in the silent changing of the seasons, in the falling moonlight, trickling down into the night like a rain of silence, but above all in the silence of the inward soul, - all these forms of silence are nameless: all the clearer and surer is the word that arises out of and in contrast to the nameless silence.

See more paragraphs by Max Picard in the November 2017 edition of “The Aquarian Theosophist”, pp. 5 to 7.

The article “The Power of Silence” was published in our associated websites on 27 January 2019.