A History and a Survey 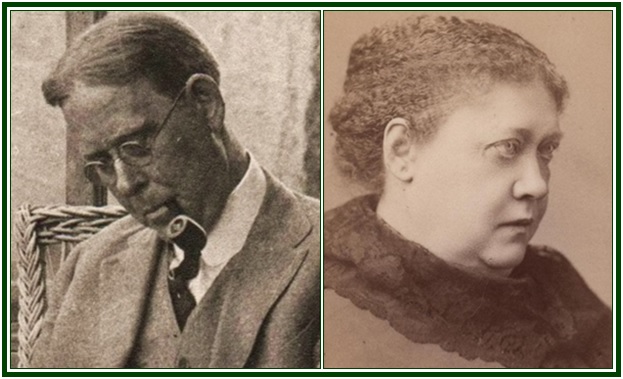 Although the book “The Theosophical Movement,
1875-1925” was published anonymously in 1925, there
is no doubt about its authorship. The fact that J. Garrigues
wrote it is accepted by all who study the History of the esoteric
movement. It is probably the best and best documented
study in the first and critical five decades of the movement.

While the book was a success, its editors had to face a few
challenges. Jerome Wheeler wrote that the Adyar Theosophical
Society threatened to sue the publisher of the volume. Garrigues
then “wrote to the editor E.P. Dutton guaranteeing that the book
was true and that he had data to back up every page on it. The
Adyar Society did not go on with the law suit.” [1]

Channels of the Theosophical Movement

In its larger aspect the Theosophical Movement is the path of progress, individually and collectively. Wherever thought has struggled to be free, wherever spiritual ideas, as opposed to forms and dogmatism, have been promulgated, there the great Movement is to be discerned. Organized religions, systems of thought, governments, parties, sects - all have their origins in efforts for the better co-operation of men, for conserving energy and putting it to use. They all in time become corrupted and must change, as the times change, as human defects come out, and as the great underlying Spiritual and Intellectual evolution compels such alterations.

Luther’s Reformation must be counted as a part of the Theosophical Movement. Masonry has played a great and important part in it, and still does to some extent, for however restricted in application, however its great symbolism may have been forgotten or obscured, Masonry none the less stands for tolerance, for religious and intellectual liberty, for charity. The formation of the American Republic with its noble Declaration of Independence, its equality of all men before the law, its ideals of brotherhood and freedom from sectarian religious partialities must be accounted a great forward step in the Theosophical Movement. And with the abolition of human slavery in all the great Western nations during the course of the nineteenth century, another great step in the emancipation of the race must be acclaimed.

[1] Jerome Wheeler, quoted in the article “Life and Writings of John Garrigues”.

Click to see the article “Life and Writings of John Garrigues”. Other texts by this author are available here. John Garrigues (1868-1944) was born on the 12th of September.