Thoughts Along the Road - 22

From the Center of His Spiritual Soul, the
Pilgrim Sees the Unity of All in the Universe 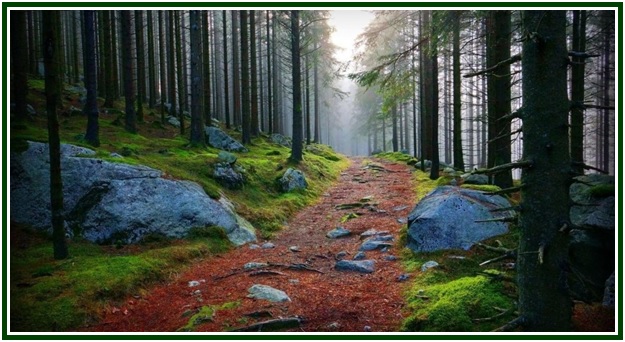 * The law of Karma expresses itself through the law of cycles.

* While it is always the right time to plant good seeds, their germination and the harvest of the fruits will have to take place in the right timing and not when one might wish from a personal viewpoint.

* The decisions as to what exactly we plant, and how we do that, should take into consideration the cyclic season during which the planting goes on, and the karmic situation, or soil, where this is done.

* When the time comes for the harvesting work, one must remember that this task is to be done with great calm and care, for the harvest usually contains the seeds to be used in the next planting season.

* It is false to think that “everything is impermanent”. Outward change, for instance, is eternal. The fundamental laws of Nature are permanent. The succession of cycles is endlessly real, just as the Ocean of Universal Life itself.

* The phrase “the voice of the silence” means that whenever there is silence on some level of perception, the subtler sounds and voices of higher levels can be heard. He who stops making noises to himself becomes able to listen to the higher realms of Life.

* Everyone wants to have a stable existence, whose roots are on permanent soil. Few are those who know that such roots and foundations are only permanent when situated in the celestial consciousness of one’s own higher self. The real Tree of Life has its soil in the infinite sky.

* Absolute justice is unavoidable: the Law of Karma takes no bribes. It cannot be propitiated by prayers, or rituals, or verbal repentance. No personal saviours will protect anyone from the consequences of his actions. Each one should therefore examine his own degree of loyalty to ethics and truth. Good deeds have consequences and sooner or later generous thoughts fructify.

* When we are in the presence of that which is divine, there is always peace within, even if the outward battle is intense. Whenever a pilgrim gets emotionally uncomfortable, he must look for and recover the inner presence of sacredness. The right kind of life can only be lived as a probationary event which unfolds while one keeps in harmony with one’s conscience. And that is the same as having peace.

* It is false to think that a theosophist has nothing to do with political and social  issues.  Theosophy must enlighten every aspect of daily life, individual and collective. It has to do that from within, so as to dismantle illusions, which are predominantly external and short-term. Ethics, self-restraint and self-responsibility are three major sources of healing in all human activities.

* As the pilgrim discovers the higher pleasure of contemplating universal Law and the harmony of the spheres and cycles, personal questions will get tiresome to him. The contrast between higher, impersonal states of mind and the lower world of human mediocrity and selfishness is painful to him and even dangerous at times. Hence he has to develop the consciousness and vigilance of a warrior, so as to avoid the traps created by the contrast between different levels of consciousness.

* An impersonal view of life is no artificial attitude. It has little to do with the world of appearance and social skills, for it belongs to the higher self. There is an intermediate space in the bridge between one’s spiritual soul and lower self. At this transitional area one still has an individual self, and is responsible for it, and yet one is not limited to this self any longer.  One has already an anonymous or universal self - indescribable, unlimited, eternal - and can learn from it any time. In this region true impersonality is born.

* Life has its own dynamism, and it is not programmed to obey to anyone’s expectations.

* It often occurs that individuals who seem to be clever deceive themselves into thinking they can obtain real personal advantages through lies and other forms of falsehood. Such an illusion takes place because they are ethically and spiritually blind. They ignore the law of karma and, as a result, can only see things in the short term. The first results of dishonesty may be pleasant. When karma gets ripe enough, liars finally see that they have no reason to congratulate themselves for their attempt to be “too clever”.

* Both renunciation and loss make the pilgrim learn detachment. Detachment leads him to freedom; freedom, to a higher order of acquisitions. However, one’s duty and responsibility must be taken into account. If one wants to get more distant from some particular situation and thus reduce one’s short term active karma with it, one must do so while calculating the effects of the expanded renunciation. The distancing must be ethically correct. It must respect others and lead to a growth of the Inner life.

* The wheel of life includes karmic circles of thoughts, emotions and actions. Higher ideas and feelings, as well as noble deeds, are near the axis of the wheel, which corresponds to the Monad, the spiritual soul, the higher self, or Atma. On the other hand, the lower thoughts and emotions gravitate around the periphery of the Wheel, which is represented by the physical world.

* As the mind of the pilgrim gets elevated, the Geometry of his soul undergoes a subtle and fundamental change. The focus of his consciousness goes away from the outer, noisy levels in the wheel of life. It gets near the most stable center and axis of the soul, which is made of peace. From such center, one can easily see the blessed unity of all in the universe.

* Whenever the pilgrim feels that time is not enough for him to do all things he wants to, he must reexamine the way he has been using time and his recent decisions regarding goals and planning.

* The search for wisdom is not a form of idle day-dreaming. There is no use in wishing to do things that are not feasible, while abandoning realistic projects which point to the right direction. Living a contemplative life needs common sense: universal wisdom can be experienced down on earth. Therefore, if someone has less time available than he desires, he must ask himself how he is wasting time and energy right now. Maybe it is by desiring too much, in a confused way.

* When time seems to be limited, one must focus one’s energies instead of wasting them with useless oscillations. The eternal rhythm exists here and now. If one’s goals are valid for the next 3,000 years, they are valid in the short term, too.

The above article was published as an independent text on 21 October 2018.  An initial version of it, with no indication as to the name of the author, is included in the May 2016 edition of “The Aquarian Theosophist”.