Men of Good Will

Wise People Concentrate Their
Minds on the Law and Their Duties 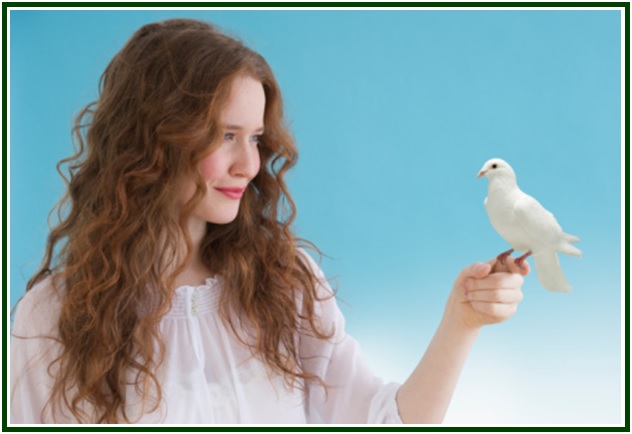 Written in the late 1940s as the Cold War began,
this anonymous article speaks to the 21st century.
It is reproduced from “Theosophy” magazine, Los
Angeles, USA, December 1947 edition, pages 49-51.

In a world ravaged by war and the fear of war, words of peace and brotherhood sound ever more distantly in the ears of men. The shibboleths of wishful thinkers rattle hollowly, and faint hearts are foremost at the council tables.

Who is there to affirm peace on earth, good will to men? Who can outface the mockery of human hopes, withstand the loss of human faith? Man asks, what is Brotherhood, that it can be so cruelly negated, and where is Compassion, that it cannot be multiplied in time of need?

This period of trial and transition, a testing of men and nations of men, is evidently one of the cyclic crises of human evolution. Like an ultimate moment in the life of any being - an intense concentration of karma - it manifests a philosophical need, and may bring into focus the vision of the soul. Then, the being may read as in a flash the meaning of events, the lesson of the law.

No moment of choice in human evolution has passed without a witness on the scene to point the way to those in whom the travail has awakened the will to know: the philosophy if Theosophy is present, in this age of transition, by design of great teachers. Their function, and the purpose of the knowledge they present and represent, is to draw the developing intelligence of mankind to “consider the great truths concerning the destiny of the soul”.

The teachers of Theosophy do not offer a patent nostrum [1] for the wasting disease that seems to have afflicted human ideals, hopes and aspirations. The fact that peace or harmony must be in the seeker, before it can be found in external relations, cuts away the ground beneath all who would legislate men into universal brotherhood.

Vicarious atonement has a perennial appeal for human nature, but no way has yet been discovered which will enable a man to secure the protection and benefit of the moral law, without invoking its processes upon his own head. Were it otherwise, peace could be - and would have been, down the ages - obtained by strife; brotherhood by conniving; and good will by propaganda, dogma, and force.

The proposition is succinctly put in the “Notes on the Bhagavad-Gita”:

“Can a man go against the general will of nature and escape destruction, and also be able to desire wickedly with knowledge, and accomplish, through will, what he wishes?”

“Such a man can do all of these - except to escape destruction. That is sure to come, no matter at how remote a period.”

“He acquires extraordinary knowledge, enabling him to use powers for selfish purposes during immense periods of time, but at last the insidious effects of the opposition to the general true will makes itself felt and he is destroyed forever.  This fact is the origin of the destruction-of-the-worlds myths.....”. [2]

It is reported of Jesus that he wished peace on earth to men of good will, nor would this have been a vague blessing. Whatever his exact words, the “gentle Galilean Adept” was not alone among great teachers in limiting peace to those who know it in themselves, who keep it by natural right or karmic fitness.

Jesus came to bring not peace, but a sword - the sword of spiritual knowledge, the law of spiritual action. [3] But men set him apart as a god, and replaced his philosophy with a vague mysticism which permitted “false pietists of bewildered soul” to retire from the world of action and strive for purity through inaction.

Human weakness protected itself by counsels of imperfection, and men, protesting that God’s law could not be theirs, made a “success” of believing in their inability to practice spiritual action. Jesus was mummified in the winding tape of ecclesiastical dogma and ritual, with his example laid away beside him.

In the nineteen century the philosophy of Theosophy was not presented by an ostentatious “Savior”. From the standpoint of appearances, nothing could be more unlike a spiritual teacher than the person of H. P. Blavatsky, and whereas the accepted tradition about Jesus portrays him with a gentleness and a meekness unfathomable by human thought, Helena Blavatsky attempted no concealment of the warrior soul, and the most intuitional of her colleagues had deep knowledge of the “lion heart”.

The fact of divine beings was not a dogma or article of faith, but was shown to be inseparable from the principle of evolution, natural, human and spiritual. The theosophical adepts and Masters of Wisdom are lawful products of evolution, perfected in knowledge of this period of evolution: “The pivotal doctrine of the Esoteric philosophy admits of no privileges or special gifts in man, save those won by his own Ego through personal effort and merit throughout a long series of metempsychoses and reincarnations.” [4]

The theosophical adepts are presented as knowers and agents of natural law, rather than passive perfections. Pre-eminently active beings, they are denominated in the Bhagavad-Gita as “fortune’s favored soldiers”, engaged in the glorious unsought fight.

Spiritual warfare employs only creative, never destructive, energies, if we are to judge by the Commentary quoted in the “Secret Doctrine” (vol. II, p. 427), wherein is described the “destruction of the wicked” on Atlantis.

The doom of Atlantis, carried out by natural forces, illustrates how far removed are spiritual beings (“men of the good law”) from the dreadful malignity of Jehovistic retribution; there is no place in occult law for personal crusades by self-righteous “Angels”. Work “against” evil is unphilosophical because the laws of mental action and concentration determine that it shall inevitably be work with evil. The psychological effect of destructive activity cannot be other than destructive on the man’s own nature.

A man of good will has “only one single object, and this of a steady, constant nature”. Concentrating upon the law and the duties it presents to his understanding, he is content with his karmic opportunities. He works as those work who are ambitious, and achieves a higher happiness than that sought for by those who live for happiness. Since he neither campaigns for converts, nor attacks with righteous indignation those who do not follow the same law, his service spreads itself without diminution, and the pure in heart declare that he benefits the whole of mankind.

[1] Nostrum: an ineffective medicine prepared by an unqualified person. (CCA)

The above article was published in our associated websites on 16 September, 2018.