Thoughts Along the Road - 19 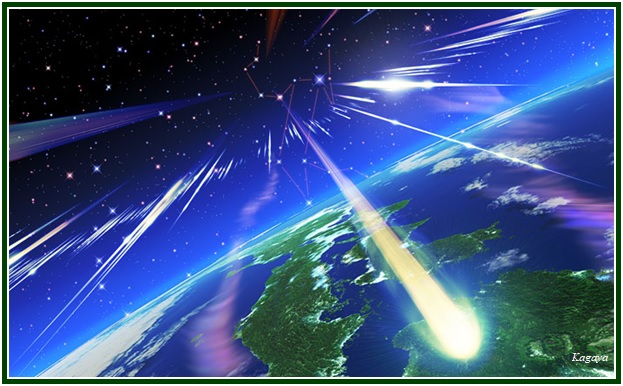 There are earthly roads for the body, and celestial ones for the soul

* Spiritual evolution depends on a voluntary effort, and it is also a natural process as inevitable as the sunrise.  While seemingly paradoxical, these two aspects of evolution correspond to the hemispheres of human brain. The voluntary effort to attain truth is part of a wider and spontaneous awakening. The intuitive, involuntary aspects of enlightenment are never separated from the self-responsible journey to divine knowledge.

* Listening to the silence, reading from a blank page, talking without the use of words, travelling while remaining motionless, and staying still while in intense outward movement. The above are some important activities to be developed along the path to self-knowledge; for human beings have several levels of consciousness and must learn to use them by transcending mere appearance.

* Self-control is not merely struggling against bad habits. It means renouncing to the Causes of wrong actions. We must give up attachment to outer objects and blind automatism.

* One of the first steps leading to self-control is the practice of an impersonal self-observation, in which we avoid both self-indulgence and self-condemnation, and focus instead on self-improvement. One’s lower self must look at itself as an imperfect, yet loyal, disciple of one’s spiritual soul.

* As we accept the limitations of life, we transcend them by ceasing to waste energy. We get free to think beyond present obstacles, once we acknowledge their existence. This is the first step in removing limitations that can be removed. The second step consists in searching for the way and the timing of their removal. Once this is determined, we must act accordingly. It is also important to preserve the ability to learn from new facts, as we persevere along the road chosen.

* Each human life expresses the dynamics of our solar system. There are three main lines in one’s individual evolution: they flow in unity with the Sun, the Moon and the Earth, and correspond to the spiritual soul, the animal soul and physical corporeality. From this perspective the anatomy of one’s soul is threefold: as we take other planets into consideration we see that we are septenary, just as the rays of light coming from the Sun. We are seven, we are three, and we are one. In every case, we are a mirror reflecting the solar system.

* By leaving aside terrestrial noises one discovers the music of the spheres. Renouncing to the excess of irrelevant information, one understands that which is essential. The fundamental tenets of esoteric philosophy do not deny the lesser realities of life: they both include and transform them. Universality gives a meaning and a purpose to the smaller factors in one’s agenda.

* If we see decaying levels of ethics and sincerity in the present civilization, we must not feel despondent nor lose confidence in the future. The darkest hours of the night are often the ones immediately before dawn. Time is not unilineal. After a long night, a new day emerges in a few minutes. By being vigilant, one does not accelerate the dawn, and there is no need for that. However, vigilant people are awaken and active in the early morning. They can help others awaken from the dark nightmare of unnecessary ignorance.

* It is not enough to automatically decide to do that which is “desirable”. Wise decisions concern actions that are both correct and feasible. Before making a decision one must realistically evaluate the means, tools, effort, patience and willpower necessary to effectively fulfil the decision, as much as its fulfilment depends on us. Then we can use the opportunity to grow as human beings, while strengthening and purifying our will.

* Humbleness and simplicity bring about happiness. Ambition and sophistication are sources of suffering. Although the spiritual pilgrim has to live and work in a complex world, his heart can remain simple or pure due to natural concentration on a high goal. Simplicity contains and transcends complexity. The changeful levels of consciousness must be convertible into a silent, vigilant simplicity that is centered on a sacredness beyond description.

* Perseverance and detachment are both necessary. One must persevere in the essential aspects of one’s duty. We must be flexible and have no attachment to outer circumstances or situations. As soon as one becomes rigid regarding external factors, the inner connection to that which is essential becomes harmed. Into the extent that we preserve and enhance the contact with our own “essential nature” - to use the Taoist expression -, the outward factors tend to take care of themselves and become easier to handle.

* No words can be stronger than the practice from which they emerge. Such a practice can be individual or collective, objective or subjective; or it can take place on every level at the same time. The basis of one’s words, however, is what one lives. The strength of a theosophist can only come from the daily life he leads. Words are extremely useful when they emerge from life: they can only mislead if divorced from facts. [1]

* Truth-seekers must not delude themselves by thinking that the more they make real progress along the road, the less necessary it is for them to face surprising obstacles, or to learn hard lessons. The more we learn, the more challenged we are to learn much further. Spiritual progress ceases the day we believe we “know it all that matters”. Wisdom does not consist so much in “having” knowledge as in “being able to obtain” it; and in doing that in a quick and accurate way. Of course, humbleness and courage are of the essence in the art of learning.

* For centuries, human and planetary history has been undergoing a constant acceleration. As the wheel of life of a particular civilization gains speed, its movement becomes rather feverish. Large amounts of Karma are updated and have to be dealt with. The alchemical acceleration takes place. Accumulated materials and substances of the past boil and burn. At the same time, a certain number of citizens remain in direct contact with the Center of the Wheel of Karma. While their “objective” levels of consciousness exist in the outwardly agitated periphery of life, their inner sense of Self is still in unity with the Center of Peace. The more agitated the Circle of Life gets, the stronger the karmic invitation to improve one’s contact with the Center.

* By feeling small, one is able to grow. In order to improve his abilities, a chess-player must play with more advanced players than himself, and carefully study the games between grand masters of this thoughtful, strategic game. Likewise, in order to expand his understanding of life a student of theosophy must observe, and interact with that which is immensely bigger, and more meaningful, than his small individual life. The soul of every being tends to acquire the same dimensions as the object of his contemplation.

* The theosophical movement exists to preserve and spread the original teachings of esoteric philosophy. Yet preservation and promulgation are not enough. Theosophists must also look at everyday events and challenges from the point of view of the original teachings. The duty of theosophical associations is to stimulate every luminous point in the present-day collective culture and “zeitgeist”. The law of analogy, which shows similarity between different systems of thought, is the tool for that. Planetary citizens can become living bridges between the present moment and eternal time. For each instant exists in eternity, and eternity is hidden in every fraction of a second.

* As time passes, old collective mechanisms of mind control are abandoned and new ones emerge. As Christian churches and political parties lose influence, “big” commercial media are paid to produce people’s opinions, form their attitudes and define their worldviews. Ceremonialism and blind faith in religiosity are still grave problems leading to war and violence. At the same time, a vast number of propaganda tools aim at blocking and impeding independent thought on the part of the citizens. Theosophy teaches independence from so-called “public opinion” or sectarian religiosity, and invites human being to self-responsibility. This is the true evolutionary path. Now more than ever before, to be successful in any field is the same as thinking by oneself, acting with creativity, and becoming a pioneer in higher forms of cooperative intelligence.

* In the life of a human being, each day contains blessings and probations. The relative weight and number of them will depend in part on the speed with which we want to learn about wisdom: for probations are lessons. On the other hand, it is wrong to think that life is “too painful”, or probations are excessively numerous and blessings, scarce. Life is as hard with us as necessary for us to learn the lessons required by the Law. If the number of blessings one may see in life appears to be small, one has to re-examine his attitude towards life. The sources of true happiness are hidden from the eyes of those who obey to personal desire. For the blessings are inside the probations. They are protected in their purity by suffering, just as the fruits of Nature are protected by their peels. Thus, people who look for comfort and run away from tests can’t be able to attain bliss. Blessings are everywhere, anytime. They come with the karmic requirement according to which we must deserve them, and be worthy of them. Otherwise they will remain dormant, until we ourselves are ready and have eyes to see.

* In politics, as in organized religion, Journalism or esoteric organizations, there is a time when high degrees of hypocrisy seem to be politically elegant and even unavoidable. Then sincere words are immediately denounced as unacceptable. They are said to express an arrogant, aggressive and anti-social attitude. It is assumed to be a grave offense not to accept the rules of social falsehood. As life never ceases to renew itself, there is also a time when the whited sepulchres are seen as such, and people who work with higher degrees of sincerity emerge as the game-changers, making new rules according to which honesty is beautiful, and fraud, ugly.

[1] Translated from the opening lines in the article “70 Itens Para Uma Vida Natural”, by C.C. Aveline.

The above article was published as an independent text on 5 June 2018.  An initial version of it, with no indication as to the name of the author, is included in the February 2016 edition of “The Aquarian Theosophist”.