The Karma of Literature and the Media 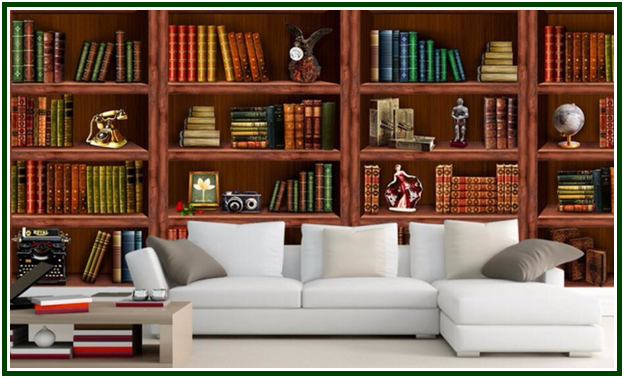 After several millennia of constant social change and countless attempts to “reform the world” and “make revolutions”, it is nigh time for us to see that there is no real change for the better in society, unless it comes from, and expresses, an improvement of the souls of people in the first place.

When human beings change the state of their souls and open themselves to wisdom and truthfulness, all things terrestrial will naturally heal themselves.

As long as people do the opposite and try to change society without changing themselves, mediocrity will harvest what mediocrity has sown. The right kind of social change comes when people think of their duties, more than about their “rights”. However, one must remember that the ethical or unethical behaviour of a population does not occur by mere chance. It does not obey to the wind. It is guided into large extent by something we may call “the cultural atmosphere of an epoch”.

The Subtle Action of Writers and Leaders

A rare 1918 book on Brazilian philosopher Farias Brito [1] examines the influence of artists and writers on human karma.

Social leaders and thinkers have a large-scale influence which help or hinder ethics and morality in society. Sometimes they indirectly stimulate crime, lust, violence, and psychological depression. Classical examples of the problem include “low-astral” books by talented writers as E. Zola or F. Dostoevsky, to name but two.

In the 21st century, negative feelings and thoughts are transmitted to millions through newspapers, television, art, music, movies and the Internet.
The issue of cultural negativity is decisive for the quality of life. Just as there is a physical health to be preserved there is also an emotional and a mental health, which must be actively defended. It is probably easier to avoid contaminated food than emotional and mental poisons. The media are not innocent in such a battle: they cannot be neutral. They either help human evolution or create obstacles to it.

Well-informed citizens must be vigilant as to what kind of Art or Journalism they accept or admire. Although the dramatic side of life is part of human adventure, the dominance of negative feelings prevents contact with the soul and attracts negative events.

Every department of cultural life - including psychology, art, politics and literature - should express an awareness of the fact that the future results from decisions and efforts made in the present. The idea may seem too obvious: however, acting in accordance with it requires a higher type of intelligence which is hard to find these days.

It is the duty of citizens of good will to try and accelerate the collective perception of the karma that results from every feeling and thought. The right emotional attitude before the world and its future should grow more quickly than the acceleration of human karma as a whole.  There is no reason to be in a superficial hurry, and no time to lose. No effort is lost. The teachings of modern esoteric philosophy were given to the wide public during the last quarter of 19th century: since then human mind got stronger and sharper. However, the average level of human thoughts and emotions did not get purer.

Due to the fact that the strength of human thoughts is constantly increasing and producing stronger Karmic results, the individual responsibility of artists, teachers, writers, journalists and vigilant citizens grows by the day. Media editors, political leaders, businessmen and parents, are all sources of Karma and responsible before the Law of life.

The feelings and thoughts of citizens get impressed in the “spirit of the age” or collective karma and produce an influence over it. No one can avoid the responsibility for his own mental and emotional productions.

While forms of mediocrity stimulate other forms whose substance is the same, the creative expressions of the Soul set examples to be followed. Space and time are connected: narrow minds see narrow events, and visions that are short in time tend to be small in space. By seeing long-term events we attain vast horizons and expand individual consciousness towards eternal time. Unlimited duration relates to infinite space, and the mind that loves infinity liberates itself from ignorance.

Thoughts create reality, and every individual can help improve human Karma within his circle of influence.

Right thought is the first and main tool for mankind to create a civilization that deserves to endure. Theosophists cannot wash their hands of such a duty. A confidence in oneself, a confidence in life and knowledge of the eternal law constitute the elixir of happiness.

The flowing results of our mental attitude and physical actions irradiate towards the world that surrounds us. As wisdom grows, self-responsibility unfolds.  The atmosphere of our aura is improved by self-discipline and the decision to aspire for That which is true, good, and eternal.

[1] “Farias Brito e a Reacção Espiritualista”, by Almeida Magalhães, 125 pp., 1918. See pp. 72-74. The book is available at our associated websites, including www.CarlosCardosoAveline.com and www.FilosofiaEsoterica.com.

An initial version of the above text was published at the June 2016 edition of “The Aquarian Theosophist”, pp. 8-10, under the title “Literature, Art, TV and Thought”.  It has no indication as to the name of the author.