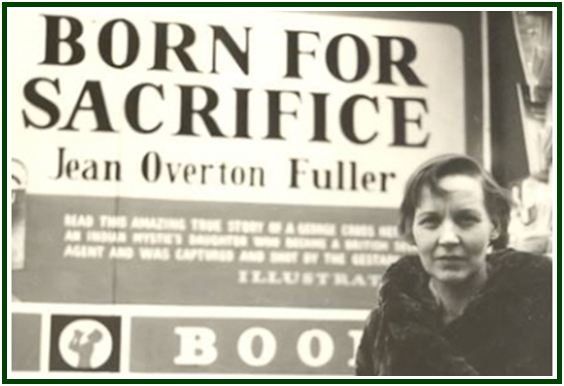 The following text reproduces chapter 37 in
the book “Blavatsky and Her Teachers”, by
Jean Overton Fuller (East-West Publications,
in Association with TPH-London, 1988, 270
pp., see p. 86). Here Jean O. Fuller discusses
the Letter from a Mahatma of the Himalayas
which is published in our associated websites
under the title “Prayag Letter - Faith in God
is a Superstition”. It corresponds to Letter 134
or CXXXIV, in the  non-Chronological Editions
of “The Mahatma Letters”, and to Letter 30,
in the Chronological Edition (TPH, Philippines).

There had been formed at Allahabad an all-Brahmin Lodge, the only Lodge of the Theosophical Society to omit from its objects the following: ‘To form a nucleus of the Universal Brotherhood of Mankind’, presumably because a Brahmin, unable even to sit at table with a non-Brahmin, could not call a non-Brahmin ‘brother’.

Now they had protested to Sinnett that they had not received messages from the Masters and did not understand why not, seeing that ‘beef-eating, wine-drinking Englishmen’ had been so favoured. It was in these circumstances that Madame Blavatsky wrote to Sinnett from ‘Dehra Dun. Friday 14th’ (no year) [1], ‘Saw at last M. and showed him your last… I wrote this under his dictation and now copy it’.

Morya announced, somewhat roughly, that because Koot Hoomi and he had opened a correspondence with two men it did not give everybody else a claim to hear from them, especially such as had ‘never given up caste… their exclusive selfishness’, and none of that group would hear from them. H.P.B.’s letter continues: [2]

“…Unless he is prepared to do as D. Mavalankar did, - give up entirely caste, his old superstitions and show himself a true reformer - (especially in the case of child marriage)… It is useless for a member to argue ‘I am one of a pure life, I am a total teetotaller and an abstainer from meat and vice…’ There are 100 of thousands of Fakhirs, Sannyasis and Saddhus leading the most pure lives, and yet being as they are, on the path of error, never having had an opportunity to meet, see or even hear from us… Mr Sinnett and Hume are exceptions. Their beliefs are no barriers to us for they have none. They may have had influence around them, bad magnetic emanations the result of drink, Society and promiscuous physical associations (resulting even from shaking hands with impure men)… which with a little effort we could counteract… Not so with the magnetism… proceeding from erroneous and sincere beliefs. Faith in the Gods and God and other superstitions attracts millions of foreign influences, living entities… we would have to use more than ordinary exercise of power to drive them away… unprogressed planetaries who delight in personating gods. There are… ‘Chohans of Darkness’, who have never been born on this or any other sphere…”

There seems to be a warning here that the polytheistic religions, unless their symbols are kept very pure, risk degenerating into the cult of nameless entities which, when not indeed demons, can, by inhabiting the thought-forms engendered, form distracting company. I knew a Catholic lady once, who was convinced that all hits at religion in the Mahatma Letters, including it seemed this one, were at the Christian Church. Well, if the cap is felt to fit there may be no harm in anybody’s wearing it, but it was not for her Church this was intended. Perhaps the Muslims, who forbid all personifications of deity, keep to the safe side. [3]

After Madame Blavatsky’s death, G.N. Chakravarti, who had influence with Annie Besant, complained about this letter and she, and Olcott (to whom she passed the complaint although he did not see the letter), averred that it could not be genuine. [4] Yet it is now in the British Museum and it is in Madame Blavatsky’s handwriting. Annie Besant and Olcott misunderstood the letter to be an attack on the Hindus, whereas it was the Brahmins’ contempt for others that called forth the Master’s rebuke. In any case, neither seems to have taken the point that the Moryas or Mauryas were the historic and legendary enemies of the Brahmin caste.

Damodar had, by breaking caste in sitting at table with Theosophists, forfeited his inheritance; his father made an alteration to his will. [5]

[3] Note from the Editor: At this point J. Overton Fuller got the facts wrong. Islam is probably the most aggressive and fanatic of all monotheisms. She probably was thinking of the Sufis. (CCA)

[5] Here lies the origin of an erroneous footnote by Jinarajadasa to “The Early Teachings of the Masters”, p. 65, that “the Disinherited” was Damodar K. Mavalankar - which error has generated passages of scorn from the Hare brothers in their book “Who Wrote the Mahatma Letters?”. They accuse the Mahatmas, where they refer to Damodar and the Disinherited as being in correspondence with each other, as trying to make two persons out of Damodar. But Damodar and the Disinherited are two persons. Damodar is a Maratha of Brahmin caste living in Bombay, disinherited by his father. The Disinherited (whose real name we never learn) was disinherited by his grandfather long before our story opens, and lives in Tibet, as is evident from his giving to Koot Hoomi a stock of note-paper he had no occasion to use, and from his suffering a nasty accident on a path above a ravine through setting  foot on a magnetised rag set by Dugpas. Damodar had not at that date been to Tibet.