Unity Among Theosophists Results
From a Similarity of Goals and Methods 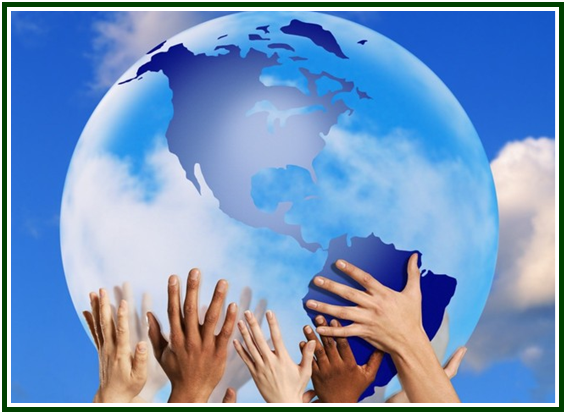 “We live in an age of prejudice,
dissimulation and paradox (..…).”

“Sincerity is true wisdom, it appears,
only to the mind of the moral philosopher.
It is rudeness and insult to him who regards
dissimulation and deceit as culture and politeness…”

From time to time, some new and well-intentioned initiative takes place to promote the “unity” of the theosophical movement, or “harmony” in one of its associations.

The political leaders involved in such attempts consider superficial “unity” as a goal in itself. Then people typically start trying to forget and forbid any practice of mutual criticism, so that only “good things” can be seen. Leaders try to convince themselves and others that if they don’t officially look at mistakes, the karma of errors and the repetition of unseen failures will end, or at least will be forgotten.

It won’t. It can’t. The very fact that open criticism remains forbidden creates room for envy, gossip and the politics of unconfirmed rumours.

Illusion tends to dominate places where one rarely listen to words like “discernment”, “tests”, or “probation”. Some leaders of the theosophical movement use to avoid such words, to start with. They deny the substance of theosophy, while keeping to its appearance.

The motto of the theosophical movement is about the search for truth, and not about the building of an artificial or “political” unity. The basis for true harmony and cooperation lies in study and research, in a feeling of respect for the facts, and an ability to learn from defeats.

This must include the mistakes of our own theosophical associations, as well as those of other schools of thought. An effective cooperation among theosophists around the world needs common goals, truthful methods and mutual confidence. Unity can’t be based on fraud, illusion, or “the doctrine of the eye”. Mutual help can last as long as it emerges from frankness and is based on affinity. The foundation of brotherhood is in having the discernment and courage necessary to choose the narrow way leading to inner learning. Real theosophy is in the “Doctrine of the Heart”.

Unity needs therefore detachment from pet ideas and a free examination of actions. Brotherhood respects contrast: it acknowledges the fact that the theosophical movement is a living probationary field and not a church, nor any sort of public relations exercise.

Dead letter study is no good. Undogmatic minds use their discernment. Theosophical literature is septenary: one should look for the transcendent levels of meaning in it.

Personal detachment from the outer wording is good, but it does not mean that unexamined ideas should be accepted just because one wants to “transcend dead letter”. Many well-meaning theosophists now accept all kinds of pseudo-esoteric books because they think one “should not be dogmatic”. Of course one is not supposed to be dogmatic, but we ought to use our discernment.

Some well-known authors say that “the future of the Theosophical Movement depends not on the authors it reads and studies, but on the lives that theosophists live.”

The idea may seem to be elegant, but it is wrong. The life theosophists live depends precisely on the books they study. While reading the authentic body of literature is certainly not enough, it is a primary factor in the future of any theosophical association.

One must test the literature we study and make sure it is authentic to the best of one’s knowledge, and frankly abandon false teachings. This demands political courage and the fact should not be a surprise. No real theosophist ever thought or taught that the Path is easy, cozy and comfortable. Two examples of the contrast between theosophy and political schemes and exercises could be briefly given here:

* The Mahatmas teach that there is no God according to Buddhism and Theosophy. Yet many prefer forgetting this central point, and Mrs. Annie Besant created a “theosophical” Catholic Church in the beginning of the 20th century.

* A true Mahatma of the Himalayas wrote about “the maya of heresy and belief in the efficacy of vain rites and ceremonies; in prayers and intercession”.[2] However, it is uncomfortable for some to admit that an essential aspect of the present disrespect for the real Masters of the Wisdom - a sad situation inherited from Annie Besant - consists in the preservation within the Adyar Society of a political power-structure based on false ritualisms and popish authority.

The Adyar Society is, of course, not alone in making mistakes. No theosophical association, including the Independent Lodge of Theosophists, is in any way above criticism, or can afford stopping to learn from its own mistakes.

Obstacles and failings are rather big, if we study the authentic teachings. And they are larger, if one falls victim to pseudo-theosophical texts or delusional practices and beliefs. But no delusion is eternal, and in the 21st century a deep renewal is taking place in the theosophical movement which undergoes a constant acceleration.

The science of right action is the art of sowing good karma. As more individuals attain to the active, creative condition of sowers, they can see clearer signs emerging that express the reawakening of discrimination, ethics, respect for the teaching of the true Mahatmas, and right action.

“Light on the Path” says:

“When you have found the beginning of the way the star of your soul will show its light; and by that light you will perceive how great is the darkness in which it burns. (….) Be not appalled and terrified by this sight; keep your eyes fixed on the small light and it will grow.  (….)  Then do you enter into a partnership of joy, which brings indeed terrible toil and profound sadness, but also a great and ever-increasing delight. The opening of the bloom is the glorious moment when perception awakes: with it comes confidence, knowledge, certainty.” [3]

There is no other path to go.

Keeping attached to the 20th century is unsustainable. A bright future is being built already. The original programme of the theosophical movement is alive, and discharging one’s duty each day with creativity is one solid way to happiness.

The above article combines updates and expands two notes published with no indication as to the name of the author in the May 2012 edition of “The Aquarian Theosophist”. They are “Unity in Dialogue and Truthfulness” (p. 15) and “Open-Mindedness in Theosophy” (p. 16).