Adyar or the Irrelevance of Bureaucracy

The Theosophical Movement After Radha Burnier 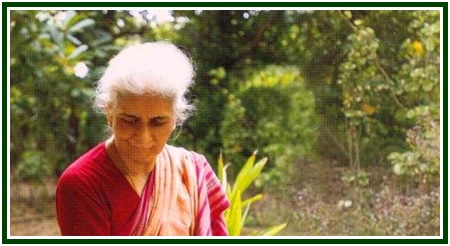 A number of Adyar theosophists seem to be disappointed with the turn of events since the death of Mrs. Radha Burnier in 2013.

They say no real leader or leadership has appeared. This is true, but it is good, actually.

The fact that the new leaders are little known and have not said anything so far about the real challenges which the theosophical movement must face truly helps the movement prepare a deeper renewal from the grassroots level.

Superficial minds love discussing personalities, money and real estate matters. The important thing to see, however, is that the Besantian-Leadbeaterian cycle of ritualistic frauds (1900-1934) is dead.

The materialistic and authoritarian mechanisms of Adyar TS are facing their karma of blindness in their own rhythm. Esoteric popery is no more.

The rebirth will not occur from the top down. It is silently occurring already, at the level of individuals and lodges.

There is a change of focus, then. Authoritarianism begins by expecting solutions from bureaucrats. As when W. Q. Judge and H. P. Blavatsky lived, real leadership is not the dharma of formal managers.

The Significance of Adyar

The Adyar TS gathers together some 80 percent or more of the nominal theosophists worldwide.  It can still try to help in the building of a better future for mankind. For those who can only think of outward aspects of life, however, there is no interest in any of the deeper tasks now waiting for the real theosophical movement.

Not all can pay attention to the cautious yet clear language used by Dr. N. C. Ramanujachary in his interview to “The Aquarian Theosophist”, November 2013 edition.[1]

Childish souls apart, the matter of the fact is that the Adyar Society has been for decades slowly getting rid of the 1900-1934 illusions and false versions of theosophy. They have been mainly dysfunctional since the 1980s.

The process of recovering Ethics and of cherishing once more the original teachings is now firmly taking place and accelerating due to the dynamics of karma, with limited help from any visible leaders.  The awakening has to be gradual: it does not need to be too slow. Strong steps could be taken, and a price will have to be paid anyway, before opening the path towards a healthy future. Every person, lodge or national section can make the difference.

Tests and opportunities come together, an unavoidable truism which happens to be valid for the Adyar Society, for the United Lodge of Theosophists, the Theosophical Society (Pasadena) and other theosophical associations around the globe.

[1] The text is available in our associated websites under the title of “N. C. Ramanujachary: Living Up to the Original Program”. The author is Carlos Cardoso Aveline.

An initial version of the above article was first published on May 13, 2014. In September 2016, after a careful analysis of the state of the esoteric movement worldwide, a group of theosophists decided to form the Independent Lodge of Theosophists, whose priorities include the building of a better future in the different dimensions of life.