The Vitality of the Effort

Why Theosophical Lodges Must
Be Born Again From Time to Time 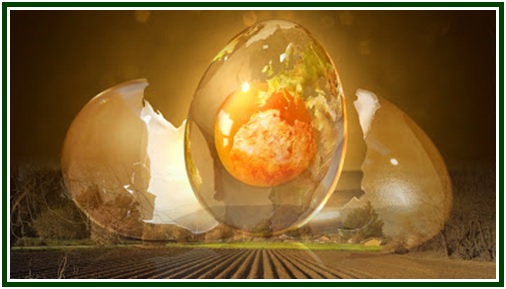 Constant change and adaptation in form is a
law of life, and a law in the theosophical endeavor

Everything that lives must obey the law of cycles.

Starting in 1931 and during 80 years, every 25th of June the United Lodge of Theosophists sent a message to its associates and friends around the world. [1]

The causes of such facts deserve examination.

In the ULT letter for June 2001 one can read a subtle invitation to observe the changing vitality of the theosophical movement during its cycles. The Letter says:

“The United Lodge of Theosophists began as a radical idea. It sought to provide a basis for students and inquirers to gather together to study and promulgate Theosophy, without having to worry about organization and structure, or elections and officers - the ‘personality’ of the world. It was an idea both simple and profound, as it left the initiative for work squarely in the hands of the students themselves. The term ‘member’ was dropped, and ‘associate’ substituted to indicate those who shared the vision of what this kind of relationship could mean. The ULT idea had merit, and the number of associates and Lodges gradually grew, several magazines were started and the original Theosophical literature brought back into print. Supplements are issued on an occasional basis when the formal issue exceeds its size limit, and/or some special need arises.”

“However, the natural growth of ULT slowed at about the mid-point of the Twentieth Century, and while the work and magazines were continued by capable and devoted people, fewer new associates became involved. This pattern was not unique to ULT, and has been reflected in the experience of other Theosophical groups; recognition of it provides an opportunity to re-examine methods of work useful at this time.” [2]

Such an honest evaluation is helpful in the 21st century process of building a better future for the theosophical movement.

The ULT is the least bureaucratic among the larger schools of theosophical thought.  It is a natural source of seeds for renewal. Its 1909 Declaration expresses a clear commitment to the free flow of life, once it is safe to think that one’s goal is noble and there is discernment and common sense:

“The policy of this Lodge is independent devotion to the cause of Theosophy, without professing attachment to any Theosophical organization. (….) It holds that the unassailable basis for union among Theosophists, wherever and however situated, is ‘similarity of aim, purpose and teaching’, and therefore has neither Constitution, By-Laws nor Officers, the sole bond between its Associates being that basis. And it aims to disseminate this idea among Theosophists in the furtherance of Unity.” [3]

The common ground among theosophists is the original teaching, and no bureaucratic sense of membership to this or that association can replace it. Associations come and go: the teaching remains.

Attachment to routine, on the other hand, is the mother of inactivity and constitutes an impediment to the flow of theosophical consciousness. Rigidity of form and of habit creates blackouts of discernment. It produces ethical implosions, usually followed by political breakdowns and gradual paralysis. It is not enough to be a sincere idealist, which almost every member of the esoteric movement is. The effort to help mankind has to be reborn every day while theosophists keep an enduring loyalty to both the spirit and the writings of classical teachings.

Blind faith must be avoided, and everyone’s independence has to be preserved.

It was in this spirit that the associates of the Brazilian-Portuguese lodge of the ULT decided in 2016 to emerge from that larger Lodge and form the Independent Lodge of Theosophists.

The independent association thus got free to conduct active researches regarding the present and future of mankind, the search for lay discipleship and how best to conduct a theosophical life in the 21st century. There is no need for its associates to adhere to the dead letter of the original teachings: they are invited to follow the spirit of the teachings instead. Helena Blavatsky wrote that the theosophical movement, as a body -

Referring to the movement, she said:

“Visible representative of Universal Theosophy, it can be no more sectarian than a Geographical Society, which represents universal geographical exploration without caring whether the explorers be of one creed or another. The religion of the Society [or Movement] is an algebraical equation, in which so long as the sign = of equality is not omitted, each member is allowed to substitute quantities of his own, which better accord with climatic and other exigencies of his native land, with the idiosyncrasies of his people, or even with his own.”

The Pedagogy of the true movement is clear, and HPB clarified:

“Having no accepted creed, our Society is very ready to give and take, to learn and teach, by practical experimentation, as opposed to mere passive and credulous acceptance of enforced dogma. It is willing to accept every result claimed by any of the foregoing schools or systems, that can be logically and experimentally demonstrated. Conversely, it can take nothing on mere faith, no matter by whom the demand may be made.” [4]

According to the Independent Lodge, research is more important than belief. Honest doubt leads to study and deserves respect.

From the point of view of the self-responsible student, the theosophical movement is not a federation of believers. It is a community of truth-seekers who share the on-going results of their search, as they learn to improve themselves and understand the universe.

[3] The full text of “The ULT Declaration” can be found in our associated websites.

An initial version of the above article was first published with no indication as to the name of the author at the August 2014 edition of “The Aquarian Theosophist”. Its title was “On the Vitality of the ULT and the Theosophical Movement”. The text was updated in September 2016.