The Authentic Letters of H.P.B., As Edited by One
Of the Main Founders of the Theosophical Movement

Introduction to Chapter 11
of the Present Online Edition:

In this Chapter of her private letters to her family, H.P.B. says she hardly loves any individual at the personal level, except for her family members, and this because they are “of her own blood”. She says she is sacrificing her life for Theosophy, not for theosophists personally.

This is directly related to the fact that impersonality is a precondition for students who want to take any real steps along the path of Raja Yoga and esoteric wisdom. As we have seen at the Introduction to Chapter 8, every Pilgrim must accept the fact that in reality “no man is his enemy, no man is his friend, all alike are his teachers”. [1]

Personal ties are obstacles, since the Pilgrim must identify himself with the Karma Law, and Karma, as Robert Crosbie wrote, is  “an undeviating and unerring tendency in the Universe to restore equilibrium, which operates incessantly”.

“Karma is inherent law and its operation must therefore be impersonal. Some might take this to be ‘merciless,’ but that would only be because they desire escape from consequences that are unpleasant.” [2]

Any form of personal love and attachment (or rejection) is therefore a hindrance for the disciple, and H.P.B. was well aware of that, although parts of her lower self still had intense personal ties.
In this chapter H.P.B. examines her own impersonal mission and work from the point of view of her lower self and partly with the eyes of her relatives, who happened to have a very limited understanding of theosophy.  Humour is also present.

The “ninth wave” mentioned by H.P.B. is a traditional giant sea wave which can swallow whole ships leaving no trace of them. Its existence has a mythical dimension.

By the end of the chapter she compares the Christian adversaries of the theosophical movement to Balaam. This was a Mesopotamian diviner. When commanded to curse the Israelites, Balaam could not do that. Instead he blessed them and uttered favorable prophecies about them, after being rebuked by the ass he rode. [3]

In letters and conversation alike, H.P.B. often referred to the debt of gratitude she owed to the Countess Wachtmeister, Madame Gebhard, and especially  Doctor Ashton Ellis, for their devotion and self-abnegation during her illness. In one of the last letters she wrote to Madame Jelihovsky from Ostende, she spoke as follows:

“I really do not know  what to think!  What am I to them?  Why should the Countess be so devoted to me, as to be ready to give her life for mine?  What am I to Ellis,  who never saw me before, that he should think nothing of the risk,  when leaving the hospital without permission,  for a  whole week for my sake ; now he has lost his place, his handsome pay, and his rooms at the Westminster Dispensary.  He went  home and returned here laughing: he does not care a bit, he says!  He will have more time to spend on Theosophy, with his practice alone. . . . . .   Well, what does all this mean?  What do they find in me?  Why should it be my fate to influence the destinies of other people?  I tell you seriously,  I feel frightened!   I cease understanding causes and feel lost.  The only thing I know is that I have called forth an unknown power which ties the destinies of other people to my destiny, to my life . . . . . . .  I know also to my great relief,  that many amongst those devoted to me look up to me as  their rescuer.  Many were heartless egotists,  faithless materialists, lightheaded sensualists, and many have become serious people, working indefatigably, sacrificing everything to the work:   position, time, money,  and thinking but of one thing: their spiritual and intellectual development.  They have become in a way the victims of self-sacrifice,  and live only for the good of others,  seeing their salvation and light in me.  And what am I? I am what I always was.  At least so far as they are concerned, seriously.  I am ready to  give the last  drop of my blood for Theosophy, but as for Theosophists I hardly love anyone amongst them personally.  I cannot love anyone personally, but you of my own blood. . . . . . . What a blind tool I am, I must own, in the hands of the one whom I call my Master! . . . . . . I do not know, I do not know, I do not know.  For me, as for anyone else, the phenomenal birth of our Society, on my initiative, its daily and hourly growth, its indestructibility, in spite of the many blows from its enemies -  are an unsolved riddle.  I do not know any logical cause for it, but I see, I know,  that the Theosophical Society is preordained to have a world-wide importance.  It will become one of the events of the  world!  It possesses a moral and psychical power, the weight of which, like the ninth wave, will submerge, sweep away and drown all that the lesser waves of human thought left on the shore ; all foreign sediments, all shreds and patches of systems and philosophies.  I am its blind motor, but a great power rests with it.”

When finally settled in London Madame Blavatsky wrote to her sister:

“Here I am planted among the fogs of Albion.  Literally planted, because I did not come here of my own free will.  I have been dragged over by my admirers, nearly in my bed or in their arms.  They make a regular hobby of me.  To their mind, they won’t be able to find their way to the Kingdom of Heaven without me.  They sent a deputation with a petition from seventy-two Theosophists who have firmly made up their minds to deprive poor Ostende  of my ‘ennobling’ presence and ‘beneficent magnetic fluid’ - excuse du peu!   I grumble at them, I drive them away,  I shut myself off from all these mystical vampires, who suck all the moral strength out of me - no! All the same they rush to me,  like flies to honey.  ‘We have become aware’, they say, ‘of the spirit of holiness and moral perfection in your atmosphere.  You alone can enlighten us and give life to the hybernating and inactive London Society.’  Well, now they have got what they wanted; I have come and thrown more fuel to the furnace - I hope they won’t repent it.  I sit at my table and write, whilst they all jump about and dance to my music.  Yesterday we had a meeting at which was formed a new branch of the Theosophical Society,  and - just fancy that -  they unanimously called it ‘The Blavatsky Lodge of the T.S.’! . . . . . .  This I call hitting the Psychical Research Society straight in the face; let them learn of what stuff we are made!  . . . . . . We are about to found a magazine of our own, Lucifer.  Don’t allow yourself to be frightened: it is not the devil, into which the Catholics have falsified the name of the Morning Star, sacred to all the ancient world, of the ‘bringer of light’, Phosphoros, as the Romans often called the Mother of God and Christ.  And in St. John’s Revelation does it not say ‘I, Jesus, the morning star’?   I wish people would take this to mind, at least.  It is possible that the  rebellious angel was called before his fall, but after his transformation he must not be called so . . . . . .  It is simply frightful what a lot of work I have. They write from Paris that the Society is also divided there. They refuse to acknowledge the Branch under the presidency of  Lady Caithness, Duchesse of Pomar,  and ask for a representative of mine; just like those here, who want me to take the place of Sinnett . . . . . . . They insisted upon my tearing myself to pieces for them!  I am to play at being a kind of ‘omnipresent’ General Booth with his Salvation Army! Thank  you very much!  And a new magazine - Le Lotus - they intend to start too.  I have refused the editorship point blank; and so look at the title page - I enclose the specimen copy – ‘Sous l’inspiration de Mme. H. P. Blavatsky’.  How do you like that now? Am I do send magnetic fluids to Gaboriau, its editor, and to his collaborators?  It appears that your  sister is getting to be the fashion  in Europe also.  Look at Hartmann dedicating his book to ‘my genius.’   But how am I to get time for everything - magazines, lessons in occultism, the Secret Doctrine, the first part of which is not ready yet -  I do not know myself!”

During this eventful time Madame Blavatsky was in excellent spirits and very hopeful as to the future of her Society,  as is shown by the following letter to her sister:

“A whole Society of Catholic clergy  and High-Church fanatics has been formed here against your sister.   They already have had three meetings.  During the first they tried  to prove that I am no more and no less than the very Devil in petticoats.  But my Theosophists protested,  and having asked for the right of speech proved very neatly on the spot that these Catholics were Jesuits, sorry Christians, worshippers of Baal and Mammon. During the second, they tried to take up the old story:  she is a spy, an agent of the Russian government and is dangerous to British interests. . . . . . .  Here arose Lane Fox,  Sinnett and Sir W. Grove and proved to the public that the enemies of Theosophy, who fear my Russian patriotism, are near relatives to Balaam’s ass, though it saw an angel, at least, and could talk,  and they see only small blue devils everywhere, in their bigotry, and can’t speak, in the bargain.  At the third meeting was discussed the question: can it be that I am Antichrist?  Here the young Lord P. got up and read out my answer, in which I  laconically but clearly inform the world that if twice two equals four, all these people are blank ignoramuses and calumniators. . . . . . .  The effect exceeded expectation as you will see from the reports, so great was the enthusiasm of my friends . . . . . . .  Now they are going to cry still louder: Lucifer will kill our opposers!  Even my personal enemies are full of praises for it . . . . . . . .  And yet I feel sad, oh so sad!  Oh, if I only could see you.” 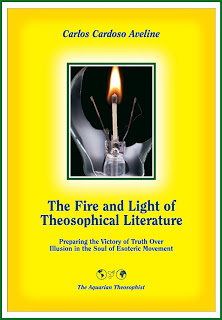