Moral Strength in Judo and Theosophy

‘Seiryoku Zenyo’, the Right
Use of Energy in the Road to Wisdom 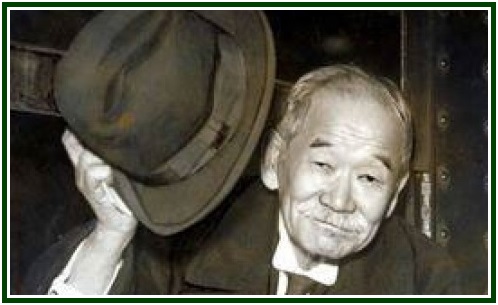 Each student of classic philosophy feels invited to take his destiny in his own hands. As this takes place, however, he realizes that he is forced by circumstances to constantly expand his inner and moral strength.

He must make a firm decision to do good in every aspect of his personal existence, as long as he can. He will have to face a varying and often surprising degree of conflict with both himself and the socially established forms of ignorance. The spiritual path is often described as a struggle, and the Buddhist classic “Dhammapada” says:

Like in a war, the student is taught to use his energies with care. A master of the wisdom wrote:

“… Courage […] you all, who would be warriors of the one divine Verity; keep on boldly and confidently; husband your moral strength not wasting it upon trifles but keeping it against great occasions ….” [1]

The metaphor of the warrior in the search for truth means that the practice of altruism needs strength, and weakness is no generosity.

Helena P. Blavatsky said that the ethics of theosophy is more important than its rationale.[2] However, the perception and decision as to the right action to be performed must come from within. It is up to each student to investigate how best to expand his inner strength, and transform words in deeds and information in wisdom.

The choice for ethics is not only daily and hourly. It requires discernment, courage and detachment. Even when we see the difference between right and wrong, it may be hard to abandon the error and adopt the correct action. In one of her articles, H. P. Blavatsky examined this painful question:

“Shall we winnow the corn, but feed upon the chaff?”

And a few paragraphs below she answers: “It is nigh time to winnow our corn and cast away the chaff.” [3]

Because there is a fierce battle between wisdom and ignorance in everyone’s soul or human community, philosophy has been essential to Eastern martial arts like Tai Chi Chuan, Judo and Aikido.

The founder of Judo, Jigoro Kano, was a deep philosopher who examined and taught the practical need of moral development for individuals who want to lead an ethical life. Kano wrote that the right knowledge and the right emotion must be combined so as to obtain inner strength.

“In one respect, moral education must be carried out from the aspect of knowledge. That is to say, it is necessary to know intellectually what is good and what is evil. It is also necessary to develop the intelligence to distinguish right from wrong in various complex situations. Thus it is necessary to teach the ability to determine good from bad; to discriminate what is right from what is wrong.”

However, this is not enough:

“In another sense, moral education must be carried out from the aspect of the emotions. Even if you can distinguish right from wrong intellectually, if you are not trained emotionally to like what is good and dislike what is evil, your ability to do good and reject evil will be lacking. So if morals are not cultivated both intellectually and emotionally, good results cannot be achieved.”

It is the training of the feelings that helps students to avoid the danger mentioned by Blavatsky of “winnowing the corn and feeding upon the chaff”. The emotional choice must be in harmony with the decision made on the intellectual and spiritual levels.

The modern teachings of Theosophy have a strong connection to three forms of higher Yoga. One is Jnana Yoga, the discipline of contemplation and abstract thought. Another one is Karma Yoga, the science of right action. The third one is Raja Yoga, the path to self-knowledge and self-control.

In every case the autonomy of the disciple is a key tenet in the theosophical Pedagogy. The goal is the simultaneous strengthening of one’s self-knowledge, self-respect and self-control, an operation that requires firm decision and strong will. In the gradual change of his karma of ignorance for a new karma of increasing wisdom, the pilgrim has to review and improve his habits, for they are the expression of a karmic inheritance involving spiritual blindness.

This tenet of the philosophy of judo reinforces the right attitude regarding the dilemma of knowing what is right and not being able to act accordingly. It also coincides with the Dhammapada, which recommends in its verse 183:

“Cease to do evil, learn to do good. And purify your mind.”

“When considered in this way, moral education is a matter of tying together all these elements in such a way that results can be achieved. Yet the issue of how much emphasis we should place on the cultivation of each of these four elements once again arises.[6] Just as with intellectual training, it is impossible to determine that balance quantitatively. All we can do is suggest that one thing should be assigned greater or lesser weight than another. In any case, though, we must determine their relative weights and clarify as far as possible the goal we wish to reach. This is essential in order to determine the method by which you can reach that goal. Thus in moral education, just as in the case of intellectual training, in order to employ seiryoku zenyo [the best use of one’s energy] it is essential that we clearly define the goals we wish to reach.”[7]

Individuals must use the power of their good will to abandon repetitive cycles of negative actions and establish new, better cycles of actions. This idea constitutes a central tenet and decisive task in both theosophy and the martial arts. Robert Crosbie, the main founder of the United Lodge of Theosophists, wrote in the beginning of 20th century:

“The first time we do a thing, it is not yet a habit; but we repeat the action and keep on repeating it and finally it becomes automatic. With the knowledge of cycles, habits are within our intelligent control.” [8]

In every aspect of life, the correct use of energy (seiryoku zenyo) denotes wisdom, and its opposite is the hallmark of ignorance.

The right use of energy leads to mind-concentration, contemplation, self-knowledge and happiness. The philosophy of seiryoku zenyo is connected to voluntary simplicity. On a sociological level, it paves the way to the adoption of moderate habits and of wise policies regarding the use of natural resources. It stimulates nature preservation and ecologically sustainable forms of economic development. It makes social justice easier to attain. It fosters mutual respect and universal brotherhood.

[3] From the text “On Pseudo-Theosophy”, by Helena P. Blavatsky. The article is available in our associated websites.  It is also published in “Theosophical Articles”, Theosophy Co., volume I, see pp. 161 and 163.

[6] As we have seen, the four elements are: 1) having the intention to do good; 2) building correct habits; 3) loving what is good; and 4) rejecting what is evil on a daily basis.

[7] “Mind Over Muscle”, by Jigoro Kano, see pp. 69-70. On p. 82, Kano states: “…We are teaching a principle that can work together with the highest principles of Buddhism and Christianity and the exhaustive studies of philosophers; one which, like the other great philosophies and religions, can be put into action.” However, he says in the same page: “It is difficult to find common ground with those who have made only superficial study. I cannot associate with those who simply follow by rote what they have been taught.”

See here a two-minute video produced by our associated websites: