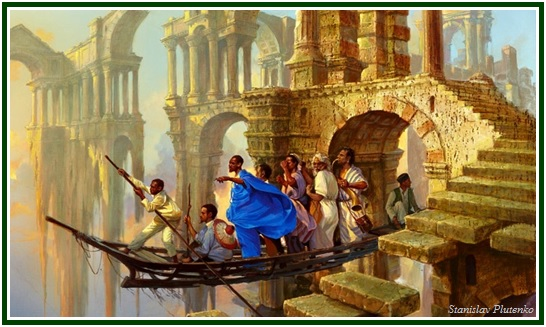 Hard work is not a bad thing, says the neo-stoic philosopher Musonius Rufus

The following twelve fragments were selected
and translated from the volume “Tabla de Cebes -
Musonio Rufo, Disertaciones, Fragmentos Menores,
Epicteto, Manual, Fragmentos”, Editorial Gredos,
Madrid, 1995, 250 pp. We indicate the page number
at the end of each quotation. Stoic philosopher
Musonius Rufus lived from 28 C.E. through 100 C.E.
We add commentaries to items 5 and 12, in italics.

2) Philosophy consists in dedicating oneself to perfect honesty and nothing else. (p. 59)

3) Virtue is not a theoretical science, only. It is also practical, just like Medicine and Music are. (p. 59)

4) Why should men research and investigate how to live better, which is the aim of philosophy, and not women? Is it perchance convenient that men should be good, and women should not? (p. 77)

5) It is not possible to live today in a correct manner unless we live it as if it were our last day alive. (p. 149)

This sentence by Musonius Rufus got famous since it was adopted by Marcus Aurelius, the emperor-philosopher of Ancient Rome, in his “Meditations”. In fact, Musonius taught Epictetus (55 C.E.-135 C.E.), and Epictetus taught Marcus Aurelius (121 C.E.-180 C.E.). In the 20h century, Carlos Castaneda adopted the same idea in his own books.

6) Why do we complain about politicians, if we are often worse than them? We have similar impulses to theirs, in different contexts. (p. 149)

7) You will deserve the respect of all, if you start by having respect for yourself in the first place. (p. 151)

8) If you want to stay above all within that which is correct, don’t get sad or irritated by circumstances. Think of the many things that have happened to you not according to your wishes, but according to what is correct. (p. 150)

9) That pleasure is not good in itself is not easily perceived at once, because pleasure stimulates desire as if it were a good thing. But if we adopt as a main and known premise the idea that every good thing is preferable, and if we add to it a second, known premise, which says that some pleasures are not preferable, we will have demonstrated then that pleasure is not good in itself. (p. 72)

10) ... And the fact that hard work is not an evil thing does not seem to be acceptable at first; the opposite seems to be more convincing; that to work is a bad thing. But if we adopt a major and self-evident premise, that one ought to avoid every evil, and we add to it another and even more evident premise, that many forms of work must not be avoided, then we come to the conclusion that hard work is not a bad thing. (p. 72)

11) It is not necessary for the master of a philosopher to teach a great amount of reasonings and demonstrations; but he should talk about each topic in the right time. He must adjust his speech to the discernment of the students. He must use effective ideas that cannot be easily refuted, and above all, he must talk about that which is most useful, and act in accordance with what he talks. This is the way to lead his hearers. (p. 74)

12)  ... As to the student, he must concentrate on what is said to him [by the teacher]. On one hand his goal must be not to allow a mistake to remain unseen, and to admit his own mistakes; and on the other hand - by Zeus! -, he must not wish to listen to long demonstrations regarding truth, but clear demonstrations instead. (p. 74)

“Not to allow a mistake to remain unseen”. That must include mistakes made by the teacher. The student is not supposed to renounce his own discernment (limited as it may be). True teachers respect that; and they never pose as perfect.

The above Fragments were first published as such in the December 2014 edition of “The Aquarian Theosophist” (pp. 6-7).

See here a one-minute video produced by our associated websites: