The Psychology of Ethics

On Erich Fromm’s Approach
To the Problem of Right Action 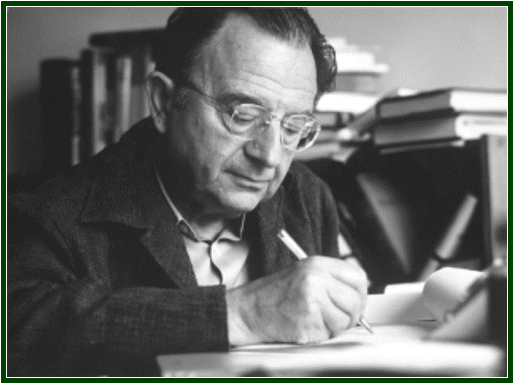 In theosophy, Ethics can be defined
as “the art of sowing good karma”.
The topic is unavoidable in any attempt
to understand esoteric philosophy.

The following article was first
published at the international magazine
“The Theosophical Movement” (Mumbai,
India), in its October 2011 edition, pp. 23-27.

The subject of psychology of ethics is directly related to the building of character. Theosophy lays great emphasis on character because our moral nature belongs to the permanent aspect of our being, which, after death, can be assimilated by the Higher Divine Triad - Atma, Buddhi, Manas.

In his book “Man For Himself”, Erich Fromm, the German-born social philosopher, mentions that personality is the totality of inherited and acquired psychic qualities which are characteristic of one individual, and make the individual unique. The difference between inherited qualities and acquired qualities is on the whole synonymous with the difference between temperament, on the one hand, and character, on the other hand.

According to Fromm, temperament refers to the mode of reaction and is constitutional; whereas character is essentially formed by a person’s experiences, especially those in early life, and is changeable to some extent, by insight and new kind of experiences. For instance, if a person has a choleric temperament, his mode of reaction is “quick and strong”, but what he is quick and strong about, depends on his character. He can be quick and strong about a “just” cause or an “unjust” cause. How he reacts to it, reflects his character. We may prefer a person with spontaneous temperament as against a person with a practical temperament, but if both are dishonest, then from the standpoint of character, both are equally undesirable.

The theory of character proposed by Fromm is not based on the idea of primarily isolated individual, but on the relationship of man to others, to nature and to himself.

(1) Receptive - Where the person feels that the source of all good is outside and that whatever he wants will be received from outside sources. He does not want to make much effort, but expects to receive it from the outside and therefore becomes dependent.

(2) Exploitative - It is similar to receptive, but instead of just expecting to receive, he wants to take it from others by force or cunning, whether it be the affections of another person or material possessions. There is an element of envy implicit in such character.

(3) Hoarding - This kind of character has little faith in, and a lot of insecurity about anything they get from the outside world. Hence, whatever they get, they hoard and save. They will hoard their possessions, their energy and their ideas. They are so jealously possessive that they do not want their loved ones (their possessions) to be shared with others.

(4) Marketing - In any market, certain commodities are in demand. Similarly, certain qualities are in demand in the personality market. For instance, certain personality types which strive to be successful in life are in demand. Hence, people learn how to sell themselves in the market, i.e., how best to put across their personalities. Moreover, “identity” is not in reference to self but in reference to other people’s opinion about self. Identity, in such a person, emerges not by knowing oneself, but in being known to others. Other people are also experienced as commodities - it is not them, but their saleable parts which are given importance.

In discussing the Productive character, Fromm inquires into the nature of the “fully developed character,” which is the aim of human development, and simultaneously the ideal of humanistic ethics.

Productiveness is generally understood in terms of material production alone. But productive orientation of personality refers to a fundamental attitude, a mode of relatedness in all realms of human experience. We might say, productiveness is man’s realization of the “potentialities”, that are characteristic of him, and the use of his powers. The ability of man to make productive use of his powers is his “potency”, the inability is his “impotency.”

In order to use his powers and potency, man must be free and not dependent on others, and he must know what these powers are, and how to use them. It implies use of reason. With the use of reason (and we might say, intuition) man can penetrate and understand the essence of things. With power of love he can break through the wall which separates one person from another. With his power of imagination he can visualize things not yet existing; he can plan and thus begin to create. When a person lacks the ability to make productive use of his powers, his relatedness to the world is perverted into a desire to dominate, and to exert power over others, as though they were things.

In the Sixteenth Chapter of the Bhagavad Gita, Lord Krishna too, differentiates between two basic types of character - the Godlike and Demoniacal. He describes qualities which determine whether a person has a Godlike character or a Demoniacal character. So in both cases, the emphasis is on qualities which are acquired by an individual. The question is how are these qualities acquired which determine an individual’s character. There are forces within and without us which contribute to the building of character. We are not born with a “fully integrated” character - some qualities may be present, some may be lacking.  Hence, character has to be built, little by little, beginning on the plane of the mind, because thoughts are the seeds of Karma. Thoughts determine our way of relating to others, to nature and to self. So who and what is it that moulds our thinking, our thoughts?

When a child is born, his first contact with the outside world is his mother and then family. Their thoughts and actions greatly influence the child’s character, because for the next seven years or so, the child is trusting, receptive and dependent, without resistance, and imitative in his actions. As he begins to grow, and comes in contact with other persons and things, he is likely to get influenced by them, to a certain extent consciously, and to an extent unconsciously. His school and teachers have a very important role to play in building of his character because for the greater part of the day and over a span of 10 to 12 years he will be in close contact with them. “School training is of the very greatest importance in forming character, especially in its moral bearing”, writes H. P. Blavatsky.

But if a school emphasizes the wrong qualities, such as, competition instead of co-operation, where the student is taught to hoard his knowledge instead of sharing it, or if he is taught to develop the “saleable” or commercial qualities such as, ambition, aggressiveness, over-confidence, instead of faith, charity and honesty, then the school becomes the detrimental force in the building of character. In the majority of schools today, knowledge is synonymous with scientific facts and technical data. Gandhi has said that the end of all knowledge must be the building of character. If children are taught that the purpose of life is to progress towards the goal of perfection, in co-operation with our fellow-pilgrims, helping and serving them at every turn, understanding the law of our own being, living in harmony with nature, then the character will be integrated. It is necessary, therefore, to teach children the basic concepts of life - what it is and how to live it, etc.

Besides these two agencies - home and school - the lives of great men, the literary works of great men, and other inspirational writings contribute to the building of character. Above all this, the great scriptures of the world have shown the way to develop fully integrated character. But the effort has to be put forth by oneself. The ancient philosophy says that a man’s character is the outward expression of his inward thoughts. That is the teaching of all the great teachers.

Mind is the garden and Man is his own gardener. The law of Karma which is just brings about the necessary adjustment, and slowly, as right causes are generated, and altruism is practiced to greater and greater extent, one wins one’s freedom from the bondage of life and death. What we must realize is that character cannot be built overnight.

It is a constant and continuous process, both on the physical and mental plane. “You can solidify your character by attending to small things. By attacking small faults, and on every small occasion, one by one. This will arouse the inner attitude of attention and caution. The small faults and small occasions being conquered, the character grows strong”, advises Mr.  William Judge. The Nation’s character, and the character of the Society are a reflection of its individuals’ character. Hence we are responsible, not only for building our own character but also for guiding others to the right sources which will assist them in building their  character. 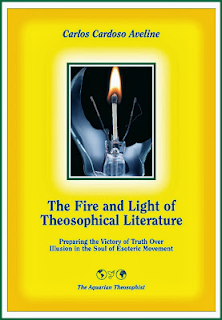