The Full Moon of May

A Dialogue Between
Human Soul and the Pleiades 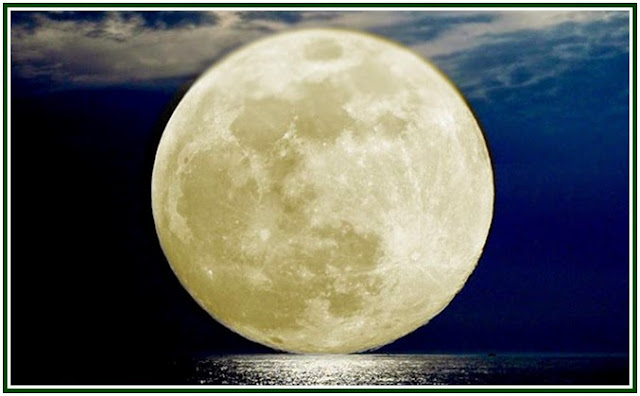 The Full Moon of May is one of the most significant moments in the yearly cycle. Associated to Vaisakh or Wesak - a month of the Hindu and Buddhist calendars - the full moon of May promotes a certain dialogue involving the Moon, the Earth, the Sun and the Pleiades.

One must admit that the yearly event of Vaisakh has been widely distorted by generations of pseudo-theosophists.

A ritualistic ceremony was fabricated in a scarcely intelligent way, involving fake masters of the wisdom. The anthropomorphic farce around Vaisakh was produced by the seers of witchcraft which ruled the Adyar Society between 1900-1934 and whose disciples still lead it now, in its unavoidable cycle of decay.

Every lie is condemned to imitate truth.

By showing illusion as such, we can see real facts. In its transcendent and celestial dimension, the Full Moon of May is a sacred event. The silent dialogue between the Moon, the Earth, the Sun and the Pleiades is both microcosmic and macrocosmic. It occurs in the sky and in the hearts of human beings, especially in the consciousness of those who search for universal wisdom.

Popularly associated to Lord Buddha, the yearly (impersonal) inspiration that descends upon humanity when the Sun is in Taurus includes an occult contact with the influence of the Seven Rishis. Situated in the constellation of Ursa Major, the Rishis are mythologically associated with the Seven Sisters or the Pleiades. Helena P. Blavatsky writes in “The Secret Doctrine”:

“… It is they, the Seven Rishis, who mark the time and the duration of events in our septenary life cycle. They are as mysterious as their supposed wives, the Pleiades (…).” [1]

“The Pleiades, as all know, are the seven stars beyond the Bull, which appear at the beginning of spring [Northern hemisphere]. They have a very occult meaning in the Hindu esoteric philosophy, and are connected with sound and other mystic principles in Nature.” [2]

The “seven sisters” have a decisive importance to the universe, as seen from our small planet:

“… The Pleiades are the central group of the system of sidereal symbology. They are situated in the neck of the constellation of Taurus, regarded by Mädler and others, in astronomy, as the central group of the system of The Milky Way, and in the Kabala and Eastern Esotericism, as the sidereal septenate born from the first manifested side of the upper triangle, the concealed [triangle]. This manifested side is Taurus (…).  The Pleiades (Alcyone, especially), are thus considered, even in astronomy, as the central point around which our Universe of fixed stars revolves, the focus from which, and into which the divine breath, MOTION, works incessantly… ”. [3]

Under the sign of Taurus, every full Moon of April-May promotes a dialogue between the sacred Pleiades and the human soul. It is a special moment to meditate, during which one can find a wordless, transcendent inspiration. It constitutes an occasion to leave aside all anxiety or distortion of events in life, and to let mental and emotional substances to reorganize themselves on the basis of a new, strong wave of unconditional peace.

It is correct to sleep more time around the full moon of Vaisakh, and to expand in one’s agenda the time for contemplative practices which require no effort.

One should live these two days or so in an “undeclared meditation” and adopt a contemplative attitude which does not need to be shown as such. The flow of higher energies transcends any effort to describe or to classify them. It is worthwhile to silently say to ourselves and others:

Om, shanti, peace to all.