Resistance to Change in Theosophy

There’s a Price to Pay for Attaining Wisdom 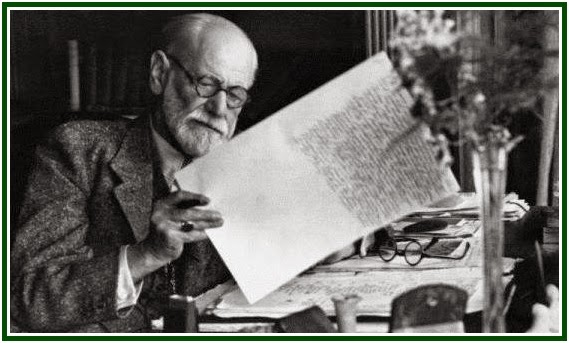 
While the concept of “resistance to change” is of psychoanalytic origin, it points to the law of karma.  It is one of  the  aspects of  psychoanalysis which have true significance in esoteric philosophy.[1]

Psychological resistance is often defined as the process occurring in clinical practice in which patients directly or indirectly oppose the possibility of changing their behavior. They do so by refusing to discuss, or by suppressing from their own thoughts the need to face problems and improve themselves.


The idea is theosophical. It occupies a central place in the texts of the Esoteric School created by H. P. Blavatsky in 1888, and it is present elsewhere under various forms: it manifests the law of karma in its psychological operations.

Subconscious resistance to change is both individual and collective. A theosophical association, just like a family and every human group, will have to struggle between the trend to renew itself and another trend, to deny the need for change. As in every department of life, a dynamic equilibrium will point the best way ahead.

Any direct contact with wisdom provokes intense resistance, inner and outer. This is unavoidable in theosophy.  Geographical distances between Masters of the Wisdom and members of our humanity do not count.  The only real distances take place in states of mind, and a Mahatma wrote:

“Nature has linked all parts of her Empire together by subtle threads of magnetic sympathy, and, there is a mutual correlation even between a star and a man; thought runs swifter than the electric fluid, and your thought will find me if projected by a pure impulse (...). It is our law to approach every such an one if even there be but the feeblest glimmer of the true ‘Tathagata’ light within him (…).” [2]

Affinity of vibrations defines life. With regard to wisdom, one must deserve before desiring.  There are dangers related to the search for truth. Every effort made is subject to the karmic law of symmetry.  Every step ahead must be tested in many ways.   It is difficult for human beings to develop a deep love for truth.  In her monumental work “Isis Unveiled”, H. P. Blavatsky quotes these words from Sergeant Cox:

“There is no more fatal fallacy than that the truth will prevail by its own force, that it has only to be seen to be embraced. In fact the desire for the actual truth exists in very few minds, and the capacity to discern it in fewer still. When men say that they are seeking for truth, they mean that they are looking for evidence to support some prejudice or prepossession. Their beliefs to their wishes. They see all, and more than all, that seems to tell for that which they desire; they are blind as bats to whatever tells against them.” [3]

In theosophical parlance, a “probationer” is a student who has dedicated his life efforts to the search for truth, and Helena P. Blavatsky wrote in a text addressed to her esoteric students:

“There is a strange law in Occultism which has been ascertained and proven by thousands of years of experience; nor has it failed to demonstrate itself, almost in every case, during the fifteen years that the T. S. [ the Theosophical Movement ]  has been in existence. As soon as anyone pledges himself as a ‘Probationer’, certain occult effects ensue. Of these the first is the throwing outward of everything latent in the nature of the man: his faults, habits, qualities, or subdued desires, whether good, bad, or indifferent.” [4]

Thus the probationary struggle emerges between love for truth and the lower impulses in one’s soul.

“For instance, if a man is vain or a sensualist, or ambitious, whether by Atavism or by Karmic heirloom, all those vices are sure to break out, even if he has hitherto successfully concealed and repressed them. They will come to the front irrepressibly, and he will have to fight a hundred times harder than before, until he kills all such tendencies in himself.”

To “kill” destructive tendencies means to understand and transcend them. H.P.B. proceeds:

“On the other hand, if he is good, generous, chaste, and abstemious, or has any virtue hitherto latent and concealed in him, it will work its way out as irrepressibly as the rest. Thus a civilized man who hates to be considered a saint, and therefore assumes a mask, will not be able to conceal his true nature, whether base or noble. THIS IS AN IMMUTABLE LAW IN THE DOMAIN OF THE OCCULT.  Its action is the more marked the more earnest and sincere the desire of the candidate, and the more deeply he has felt the reality and importance of his pledge.”

Self-knowledge is the goal:

“The ancient occult axiom, ‘Know Thyself’, must be familiar to every member of this School; but few if any have apprehended the real meaning of this wise exhortation of the Delphic Oracle. You all know your earthly pedigree, but who of you has ever traced all the links of heredity, astral, psychic, and spiritual, which go to make you what you are? Many have written and expressed their desire to unite themselves with their Higher Ego, yet none seem to know the indissoluble link connecting their ‘Higher Egos’ with the One Universal SELF.”

An intense struggle is unavoidable for a certain time between that part in one’s lower self that is loyal to the immortal soul, and that part which is not.

[1] As a science of the lower self and of its illusions, Freudian Psychoanalysis has much in common with esoteric philosophy. Its view of a higher self, however, is limited to occasional glimpse. It exists, but it is mainly implicit, through Ethics. In Erich Fromm, theosophical elements are much more numerous. Fromm made various important interreligious and Buddhist studies.

The above text was first published with no indication as to the name of the author in the November 2013 edition of “The Aquarian Theosophist”. 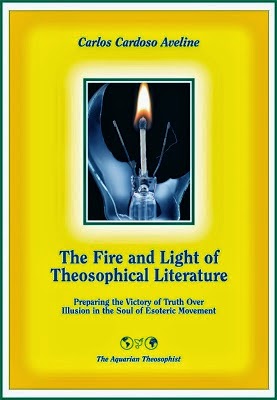