The Future of Mankind is Bright 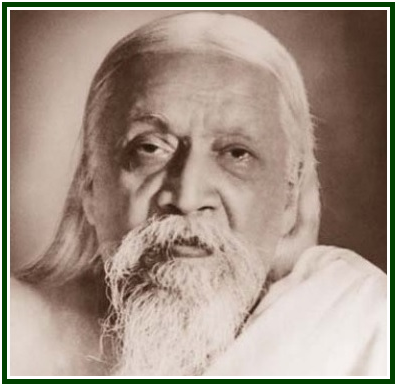 One of the great sages of modern India, Sri Aurobindo saw and taught that the higher purpose of human individual life is to awaken divinity in one’s own consciousness, thus liberating oneself from ignorance and unnecessary suffering.

In order to attain that, one must learn to actively cooperate with the universal Law through self-devised efforts. It is necessary therefore to observe and improve our several layers of motives in life.

Aurobindo wrote:
“If you want to be a true doer of divine works, your first aim must be to be totally free from all desire and self-regarding ego.  All your life must be an offering and a sacrifice to the Supreme; your only object in action shall be to serve, to receive, to fulfill, to become a manifesting instrument of the Divine Shakti [Divine Energy] in her works. You must grow in the divine consciousness till there is no difference between your will and hers, no motive except her impulsion in you, no action that is not her conscious action in you and through you.” [1]

This can be attained gradually and through a probationary process. A Mahatma of the Himalayas wrote in the 19th century to a lay disciple:

“You were told […..] that the path to Occult Sciences has to be trodden laboriously and crossed at the danger of life; that every new step in it leading to the final goal, is surrounded by pit-falls and cruel thorns; that the pilgrim who ventures upon it is made first to confront and conquer the thousand and one furies who keep watch over its adamantine gates and entrance - furies called Doubt, Skepticism, Scorn, Ridicule, Envy and finally Temptation - especially the latter; and that he, who would see beyond had to first destroy this living wall; that he must be possessed of a heart and soul clad in steel, and of an iron, never failing determination and yet be meek and gentle, humble and have shut out from his heart every human passion, that leads to evil. Are you all this?” [2]

While this is a good question to every student who thinks too much of his own progress, it must also be known that the learning takes a few lifetimes, and every little step ahead counts.

In a different letter, the Master said:

“Fasting, meditation, chastity of thought, word, and deed; silence for certain periods of time to enable nature herself to speak to him who comes to her for information; government of the animal passions and impulses; utter unselfishness of intention, the use of certain incense and fumigations for physiological purposes, have been published as the means since the days of Plato and Iamblichus in the West, and since the far earlier times of our Indian Rishis. How these must be complied with to suit each individual temperament is of course a matter for his own experiment and the watchful care of his tutor or Guru. Such is in fact part of his course of discipline, and his Guru or initiator can but assist him with his experience and will power but can do no more [….].”[3]

How does the probationary process work? It is not difficult to understand. Once the iron decision to follow the path of altruism is made in the central part of one’s soul, other sections of one’s individual consciousness, centered around mental and emotional ignorance, will have no choice but to ostensibly follow the same course of action.  They will “adapt”, however, the noble spiritual goal to their own ends and methods. They will astutely submit, in the sublevels of consciousness where they dominate, the Supreme Ideal which they seem to embrace to their own petty perspectives of separate well-being and individual comfort.

Some of these sub-motives will be honest, transparent and in part compatible with the higher ones.  It is a duty of the higher self to help the lower being fulfill its mission within its limited capabilities, and to give it time to gradually correct itself and evolve.  The loyal sections and impulses of the emotional self, though imperfect and wrong, will not hide themselves from observation.

There are other elemental sub-intelligences and impulses which are enemies in disguise.  These will boycott the noble effort in the subconscious layers of the pilgrim’s soul, cleverly covering their actions under the mantle of noble and spiritual motives.  Due to the existence of this occult struggle in the learner’s soul, self-observation and discernment become decisive factors. The pilgrim cannot take even the first step before thoroughly understanding that the path is probationary; that it is cyclic, not linear; and that many a trap is waiting for his feet.

Illusion must be eliminated by successive layers. As soon as an outer form of ignorance is eliminated, another form - sometimes subtler at first, and only later showing itself in full - will readily appear to replace it.  The battle goes on until the root-cause of ignorance dissolves itself due to a gradual, enduring expansion of one’s consciousness towards the universal law. The process leading to this must be lived under the fire of probation. One’s resolve is strengthened little by little thanks to a great number of unexpected tests.

Sections or associations of the theosophical movement which pretend not to know of the painfully probationary character of universal knowledge, or do not actively prepare their students to face and to promote the uncomfortable uncovering of ignorance in themselves and in the world, are untrue to themselves as associations, untrue to the Teaching, false to the public, and are often accustomed to lie to their students “for the good of the Cause”.

Leaders of such unfortunate associations may think they will attract more followers by hiding the need to identify and fight illusion. This they may do, at the price of renouncing wisdom entirely, while attaching themselves to a sad sort of parody.

If the first step is false, falling is inevitable. If the first word is a lie, there is no Path. The first noble truth is Dukkha: life is not always comfortable. Letting people imagine that the path to wisdom is easy, is tantamount to a direct lie, which disconnects the individuals who do that from the search for truth.

In spite of any diversions, the fact still remains that the probationary struggle must go on for more than one incarnation. Devotion should be directed toward the One Life. Little by little the soul’s consciousness will merge in a stable way into that which is infinite and cannot be described, and before which every word, name, or feeling of self-perception, pales and fades away.
Such a merging process inevitably takes time for our humanity. The duty of the 1875 theosophical movement is to help accelerate it, in a collective effort that must be done step by step, according to Karma Law and following the law of cycles.

Writing about the man of the future, Sri Aurobindo says:

“All his existence would be fused in oneness with the transcendent and universal Self and Spirit; all his action would originate from and obey to the supreme Self and Spirit’s divine governance of Nature.  All life would have for him the sense of the Conscious Being, the Purusha within, finding its self-expression in Nature; his life and all his thoughts, feelings, acts would be filled for him with that significance and built upon that foundation of its reality.  He would feel the presence of the Divine in every center of his consciousness, in every vibration of his life-force, in every cell of his body.” [5]

The seeds of the future must awaken in the present. Yet one can only act according to one’s own vision of the future.  If our perception of the future is short, fearful and narrow, our motives and actions will necessarily have a similar substance.

An accurate view of the long periods of time to come gives the pilgrim a correct sense of direction. Calm observation of human life shows that selfish people are not essentially bad. They are myopes; they should face their ophthalmological problem so that it can be cured and their suffering reduced.

An understanding of eternal Duration, as taught in “The Secret Doctrine”, constitutes a major source of peace, inner and outer. A wide horizon, in time and space, is of the essence along the theosophical path. Right vision leads to right action. Examining a certain moment in the future, Sri Aurobindo wrote in his poem “Savitri”:
“ (…) Then shall be ended here the Law of Pain.
Earth shall be made a home of Heaven’s light …….
The superconscient beam shall touch men’s eyes
And the truth-conscious world come down to earth
Invading matter with the Spirit’s ray
Awakening its silence to immortal thoughts,
Awakening the dumb heart to the living Word.
This mortal life shall house Eternity’s bliss,
The body’s self taste immortality.
O mind, grow full of the eternal peace.
O work, cry out the immortal litany:
Built is the golden tower, the flame-child born.” [6]

Although students of esoteric philosophy are familiar with these ideas, not many can live up to this teaching. Only the Few can, and even them, in part.  Yet there is no need for these individuals to be many. Chapters 18 and 19 of the Jewish Genesis - a text copied from the Torah and precariously adapted by Christian pundits - make a clear reference to that. The scripture teaches an aspect of the esoteric law.

Symbolically, a few dozens of just and wise men can establish a living bridge or collective Antahkarana [7] between earthly awareness and divine levels of planetary consciousness,  thus dissolving karma which otherwise would  lead to unspeakable disaster. There are levels of disaster from which the planet is firmly protected by the Law.

Tests must be intense, of course, in order to transmit lessons that are deep and lasting. Yet a bright future waits for us all, and once humanity as a whole goes beyond a certain point in its probationary path, it will attain to a degree of evolution which Sri Aurobindo describes in these words:

“The Spirit’s tops and Nature’s base shall draw
Near to the secret of their separate truth
And know each other as one deity.
The Spirit shall look out through Matter’s gaze
And Matter shall reveal the Spirit’s face.
Then man and superman shall be at one
And all the earth will become a single life.” [8]

[7] See the article “The Guardian Wall That Protects Mankind”, by Carlos Cardoso Aveline, which can be found at our associated websites.