Paracelsus and the Book of Nature

The Unity of All Life, According to a
Pioneer Who Anticipated Modern Theosophy 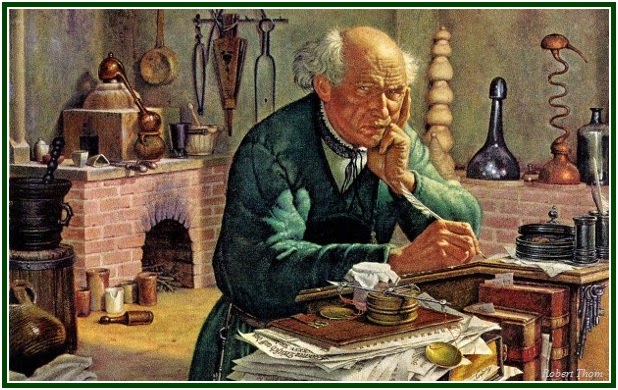 A continuous attempt to help mankind entitles one’s soul karmically to receive help from the Wise Ones who guide and protect Nature.  The project goes far beyond any short term efforts.

Across millennia, different pilgrims dedicate their successive lives to various aspects of the same mission, and modern students can learn from the accumulated experience of their work.

Lessons can be learned from a comparative study of these three lives. Both Paracelsus and Cagliostro visited Russia, and HPB was born there. The three of them faced similar obstacles, with often similar attitudes. They all travelled a lot, and Paracelsus explained:

“The knowledge to which we are entitled is not confined within the limits of our own country, and does not run after us, but waits until we go in search of it. No one becomes a master of practical experience in his own house, neither will he find a teacher of the secrets of Nature in the corners of his room. We must seek for knowledge where we may expect to find it, and why should the man be despised who goes in search for it?”

To this he added:

“Those who remain at home may live more comfortably and grow richer than those who wander about; but I neither desire to live comfortably, nor do I wish to become rich. Happiness is better than riches, and happy is he who wanders about, possessing nothing that requires his care. He who wants to study the book of Nature must wander with his feet over its leaves. Books are studied by looking at the letters which they contain; Nature is studied by examining the contents of her treasure-vaults in every country. Every part of the world represents a page in the book of Nature, and all the pages together form the book that contains her great revelations.” [1]

Paracelsus anticipated modern theosophy.  The wisest among humans are conscious students in the art of living. Esoteric philosophy states that self-knowledge depends on a knowledge of Nature, and such a correspondence has magical aspects.

“The knowledge of [the] primary causes and of the ultimate essence of every element, of its lives, their functions, properties, and conditions of change - constitutes the basis of MAGIC. Paracelsus was, perhaps, the only Occultist in Europe, during the last centuries since the Christian era, who was versed in this mystery. Had not a criminal hand put an end to his life, years before the time allotted him by Nature, physiological Magic would have fewer secrets for the civilized world than it now has.”[2]

“His incomprehensible, though lively style must be read like the biblio-rolls of Ezekiel, ‘within and without’. The peril of propounding heterodox theories was great in those days; the Church was powerful, and sorcerers were burnt by the dozens. For this reason, we find Paracelsus, Agrippa, and Eugenius Philalethes as notable for their pious declarations as they were famous for their achievements in alchemy and magic. The full views of Paracelsus on the occult properties of the magnet are explained partially in his famous book, Archidaxarum, in which he describes the wonderful tincture, a medicine extracted from the magnet and called Magisterium Magnetis (…). But the explanations are all given in a diction unintelligible to the profane.” [3]

“He demonstrates further that in man lies hidden a ‘sidereal force’, which is that emanation from the stars and celestial bodies of which the spiritual form of man - the astral spirit - is composed. This identity of essence, which we may term the spirit of cometary matter, always stands in direct relation with the stars from which it was drawn, and thus there exists a mutual attraction between the two, both being magnets. The identical composition of the earth and all other planetary bodies and man’s terrestrial body was a fundamental idea in his philosophy. ‘The body comes from the elements, the [astral] spirit from the stars. . . . Man eats and drinks of the elements, for the sustenance of his blood and flesh; from the stars are the intellect and thoughts sustained in his spirit’. The spectroscope has made good his theory as to the identical composition of man and stars; the physicists now lecture to their classes upon the magnetic attractions of the sun and planets.” (“Isis Unveiled”, p. 168)

Paracelsus has been vindicated by science, and HPB writes:

“Of the substances known to compose the body of man, there have been discovered in the stars already, hydrogen, sodium, calcium, magnesium and iron. In all the stars observed, numbering many hundreds, hydrogen was found, except in two. Now, if we recollect how they have deprecated Paracelsus and his theory of man and the stars being composed of like substances; how ridiculed he was by astronomers and physicists, for his ideas of chemical affinity and attraction between the two; and then realize that the spectroscope has vindicated one of his assertions at least, is it so absurd to prophesy that in time all the rest of his theories will be substantiated?” [4]

The nourishment of human body is not merely physical. It includes magnetic force. HPB wrote, referring to Paracelsus:

“The next point for the physiologists to verify is his proposition that the nourishment of the body comes not merely through the stomach, ‘but also imperceptibly through the magnetic force, which resides in all nature and by which every individual member draws its specific nourishment to itself.’ Man, he further says, draws not only health from the elements when in equilibrium, but also disease when they are disturbed. Living bodies are subject to the laws of attraction and chemical affinity, as science admits; the most remarkable physical property of organic tissues, according to physiologists, is the property of imbibition. What more natural, then, than this theory of Paracelsus, that this absorbent, attractive, and chemical body of ours gathers into itself the astral or sidereal influences? ‘The sun and the stars attract from us to themselves, and we again from them to us.’ What objection can science offer to this? What it is that we give off, is shown in Baron Reichenbach’s discovery of the odic emanations of man, which are identical with flames from magnets, crystals, and in fact from all vegetable organisms.” [5]

Theosophy states that there is no separation in the cosmos, and HPB wrote:

“The unity of the universe was asserted by Paracelsus, who says that ‘the human body is possessed of primeval stuff’ (or cosmic matter); the spectroscope has proved the assertion by showing that the same chemical elements which exist upon earth and in the sun, are also found in all the stars. The spectroscope does more: it shows that all the stars are suns, similar in constitution to our own; and as we are told by Professor Mayer, that the magnetic condition of the earth changes with every variation upon the sun’s surface, and is said to be ‘in subjection to emanations from the sun’, the stars being suns must also give off emanations which affect us in proportionate degrees.” [6]

“ ‘In our dreams’, says Paracelsus, ‘we are like the plants, which have also the elementary and vital body, but possess not the spirit. In our sleep the astral body is free and can, by the elasticity of its nature, either hover round in proximity with its sleeping vehicle, or soar higher to hold converse with its starry parents, or even communicate with its brothers at great distances. Dreams of a prophetic character, prescience, and present wants, are the faculties of the astral spirit. To our elementary and grosser body, these gifts are not imparted, for at death it descends into the bosom of the earth and is reunited to the physical elements, while the several spirits return to the stars. The animals’, he adds, ‘have also their presentiments, for they too have an astral body’.” [7]

Being a microcosm or a summary of the universe, each citizen has much to learn from observing his relationship to the celestial objects. Such an interaction can be read through a philosophical approach to the astrological science. The individual can also observe his daily relation to the various kingdoms of nature. How is his interaction with the animals, and with the citizens of the vegetable kingdom? It has been known for millennia that plants have feelings. They search for happiness, as Plotinus wrote. They can teach wisdom and theosophy to mankind, as long as we become their effective co-disciples in learning from the universal Law. 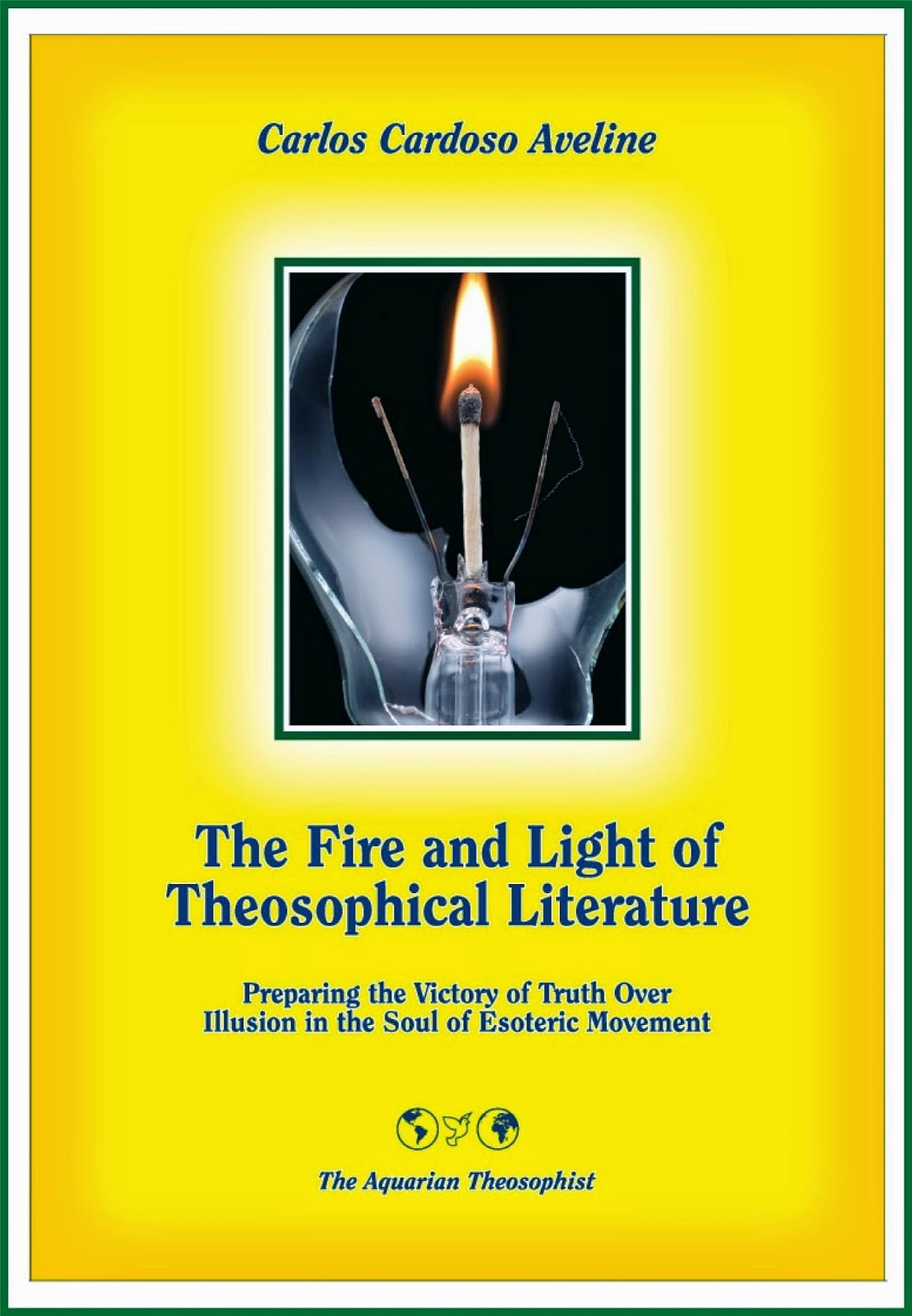